No, You Can’t March in On Remdesivir

“The march-in authority is intended to make sure that good faith efforts are being made to bring federally funded inventions to the marketplace, which certainly seems to be the case with remdesivir.” 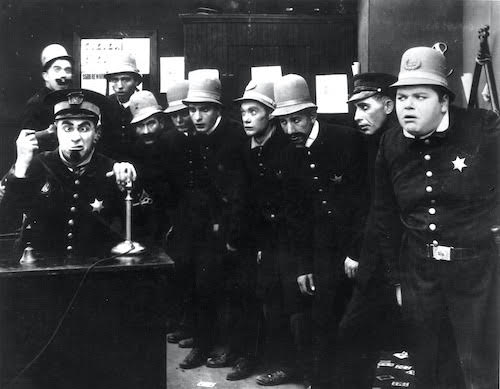 One thing you should never say in 2020 is: “Well, at least things can’t get any worse.” They can and often do. The latest exhibit—in the intellectual property space at least—is a letter to Health and Human Services (HHS) Secretary Azar, National Institutes of Health (NIH) Director Collins and Food and Drug Administration (FDA) Commissioner Hahn authored by California Attorney General Xavier Becerra and Louisiana Attorney General Jeff Landry. It’s also signed by 32 other state attorneys general, along with those representing the District of Columbia, Guam and American Samoa. They are demanding that the government use its authorities under the Bayh-Dole Act to march in against Gilead Sciences, the maker of the COVID-19-fighting drug remdesivir, so that it can be made more widely available at a lower cost.

There’s one problem: remdesivir doesn’t appear to fall under Bayh-Dole. Additionally, the letter misstates how the march-in clause works, misses the boat on how the drug is used, and appears oblivious to the impact their suggested approach would have on companies’ willingness to partner with the federal government to combat the COVID-19 pandemic.

The Bayh-Dole Act covers the ownership and management of inventions made with federal funding. That doesn’t seem to be what happened in the case of remdesivir.

Remdesivir was discovered at Gilead, based on more than a decade of work they had done on Ebola, SARS and other deadly infectious diseases. Because of the necessary restrictions imposed on companies in such fields, Gilead worked with the Centers for Disease Control and the U.S. Army Medical Research Institute for Infectious Diseases (USAMRIID). When critics later suggested that this work gave the Army rights to the underlying intellectual property, the chief patent counsel for the Army Medical Research and Development Command stated: “Although USAMRIID performed extensive and critical screening and testing for the company, testing a compound and finding that it is indeed an effective antiviral compound does not qualify USAMRIID as a joint inventor of the compound.”

Gilead also worked with NIH-supported programs to see if remdesivir would be effective against other diseases. Again, it appears that, while important, this work did not result in any inventions being made related to the drug. In their story on the AG’s letter,  STAT reports:

An HHS spokeswoman sent us this: “We can only exercise march-in rights where the intellectual property to make the product, as a whole, was funded by the federal government. In short, all of the patents underlying the product have to have been conceived or reduced to practice with federal funds for Bayh-Dole’s march-in provision to be of any practical significance. We do not believe this to be the case here.”

The letter repeats the often-refuted claim that Bayh-Dole allows the government to march in to control prices of successfully developed products. It’s telling that the footnote they cite as their basis for invoking this illusory authority is an article published 25 years after the law passed. It was immediately rebuffed by Senators Bayh and Dole. Every petition asking NIH to march in to control prices has been rejected by Democratic and Republican Administrations as unfounded under the law. Rather, the march-in authority is intended to make sure that good faith efforts are being made to bring federally funded inventions to the marketplace, which certainly seems to be the case with remdesivir.

Another trigger is ensuring that sufficient qualities of a product can be produced to meet the needs of a national emergency. We’ll consider that later.

We’ve discussed the issue of march-in rights—and revisionist attempts to stand the law on its head—many times. Here’s the pull quote from one of the most recent articles on the topic, which says it all:

One is entitled to second guess us and say that we should have allowed the government to have a say in the prices of products arising from federal R&D. However, if changes are believed warranted, we have a process for doing so. That is to amend the law. You simply cannot invent new interpretations a quarter of a century later. – Senator Birch Bayh

It wouldn’t have taken much effort for the attorneys general to have discovered they were stepping on a cow pie before they plunged ahead.

The letter also claims that Gilead is unable to meet the needs of “the 4.6 million confirmed COVID-19 patients in the U.S….” In its statement replying to the attorneys general, Gilead stated:

This assertion ignores the fact that not all COVID-19 patients are eligible to be treated with remdesivir and, thankfully, many will recover prior to hospitalization and never need the drug. Under the Emergency Use Authorization (EUA), redemsivir is only indicated for use by hospitalized patients with severe COVID-19. Remdesivir additionally must be administered by intravenous infusion. Current NIH guidelines recommend that remdesivir be prioritized for hospitalized patients requiring supplemental oxygen. This represents a very small percentage of patients diagnosed with COVID-19 and, as of today, most eligible patients hospitalized in the U.S. are able to get remdesivir.

Gilead has pledged to donate treatment for 190,000 patients this year and hopes to produce more than 2 million treatment courses in 2020, with millions more next year. It also signed non-exclusive voluntary licensing agreements with generic drug makers in Egypt, India and Pakistan to help supply the needs of 127 hard-pressed countries.

Marching In Could Make Things Worse

Apparently, the attorneys general are also unaware of how the march-in process operates. Under Bayh-Dole, if an agency believes it may have the grounds to march in, it must hold an administrative hearing. The patent owner is allowed to present their side of the story. If the agency rules against them, they can appeal and, if they lose that, then go to the U.S. Claims Court. Even if the patent owner loses and the agency starts licensing other companies, it will take them many months, or longer, to get into production, particularly if they’re making a drug. Imagine the impact all these delays would have on something as desperately needed as remdesivir. Does anyone think that would serve the public need more effectively than working with Gilead to increase the supply of the drug as quickly as possible?

The attorneys general letter says that: “Remdesivir has benefitted from millions of dollars of public funding, including a $30 million NIH-funded clinical trial for this fiscal year alone.” It’s estimated that, all in all, the government may have spent $70 million on remdesivir-related work. That’s certainly not insignificant, but pales when compared to Gilead Science’s $50 million in the first quarter of 2020 alone, with another $1 billion of remdesivir R&D in the pipeline. And that doesn’t count their previous investment going back more than a decade looking for applications for other diseases, without which the current availability of the drug wouldn’t be possible.

And, of course, the price is a bone of contention. “A study from four institutions… found that remdesivir can be manufactured at $0.93 or $12.50 per patient,” according to the letter. I don’t know many life sciences companies which set their prices by their manufacturing costs, ignoring their sunk R&D, and the need to generate profits to meet future needs. Indeed, if they didn’t have funds available from other projects, Gilead wouldn’t have been able to move as quickly on developing remdesivir as they have.

We won’t go into drug pricing in detail here, but should note that when they looked at cost-effectiveness benchmarks for remdesivir, Steven D. Pearson, President of the Institute for Clinical and Economic Review (ICER) said the price of remdesivir is “a responsible decision from Gilead and a promising sign for pricing decisions on other treatments for COVID-19 on the horizon.”

As for the drug’s cost to patients, the Kaiser Family Foundation points out that “for Medicare beneficiaries with COVID-19 who receive remdesivir during an inpatient stay, the price of drug treatment is not a factor in their costs.”

All in all, it’s doubtful the letter from the attorneys general will have any impact at HHS, NIH or the FDA, since Bayh-Dole doesn’t apply to their alleged problem. However, that doesn’t mean the letter won’t have an impact on the creation of desperately needed COVID-19 treatments—but it’s one we should all pray we avoid. Any company working round the clock in partnership with the government to develop a Bayh-Dole invention to alleviate the pandemic must now be thinking: “If they can do this to Gilead, they can sure do it to me.”