The Washington Post Misses the Mark on March-In Rights

“One is entitled to second guess us and say that we should have allowed the government to have a say in the prices of products arising from federal R&D. However, if changes are believed warranted, we have a process for doing so. That is to amend the law. You simply cannot invent new interpretations a quarter of a century later.”  – Senator Birch Bayh 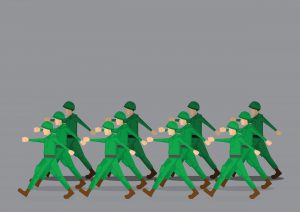 The National Institute of Standards and Technology recently indicated in its “Return on Investment Initiative draft green paper” that it would issue regulations effectively ending attempts to misuse march-in rights to assert government price controls over successfully commercialized federally-funded inventions. Such an announcement was bound to elicit a reaction. That it came in The Washington Post shouldn’t be a surprise.

The paper’s April 18 article, “A rare deterrent to limitless drug price increases may die under Trump” gives coverage to both sides, but the takeaway is that something nefarious is underway:

As drug prices have soared, lawmakers and patient advocates have pushed the federal government to deploy for the first time a powerful deterrent: a legal provision that allows it to suspend a drugmaker’s patent and license someone else to produce the drug.

Now, responding to industry alarm over those demands, the Trump administration is proposing to strictly limit the little-known power.

There’s a reason why this “little-known power” has never been used—it doesn’t exist.

Bayh-Dole allows universities and companies to own inventions made with federal support. In exchange, the government can “march in” to force additional licensing under four circumstances. The first is if the patent owner hasn’t taken and isn’t expected to take steps to achieve practical application of the invention within a reasonable time. The definition of “practical application” includes that the invention is being made available on “reasonable terms.” This was seized upon by a group of critics to assert that the government can march in if a resulting product isn’t “reasonably priced.”

That theory was contained in an obscure academic paper until The Washington Post gave its authors the opportunity to spread their gospel through an op-ed (discussed further below). The Washington Post denied Senators Bayh and Dole an equal opportunity to rebut it. That led to a series of petitions urging the government to march in against drugs developed from federally-funded inventions, each of which was denied as unjustified under the statute.

As discussed in my previous articles, three march-in triggers apply to the patent owner and the licensee. The other one, which is the bone of contention, is limited to the patent owner, which will normally be an academic institution. As academic institutions are not commercializing their discoveries, the language applies to the terms of the patent license, not to how a product is priced in the market. That distinction is ignored by the critics.

As described in the “green paper,” the Administration’s proposed regulation will: “Clarify the intent of reasonable licensing terms to allow a product or service to reach the marketplace but not as terms (i.e., price control mechanism) for consumer use.” Rather than undermining the law, the new regulation is entirely consistent with how Bayh-Dole has worked since 1980. But don’t take my word for it, that’s reflected in the writing of the expert The Washington Post cites to bolster the critics.

The Post’s article says Professor John R. Thomas at Georgetown Law is “one of the many patent experts who disagree that the law’s ‘reasonable terms’ should be narrowly applied.”  Thomas is quoted stating: “The idea that the price is too high fits pretty comfortably in the wording of the statute.”

As the article notes, Professor Thomas wrote a report for the Congressional Research Service (CRS) on march-in rights. Let’s look at what he said then.

Thomas reviewed the law and each of the rejected petitions asking the National Institutes of Health to march in because critics felt the price of a drug made from a federally-supported invention was too high. In the most recent example, Rep. Lloyd Doggett (D-TX) and more than 50 of his colleagues wrote to then Secretary of Health and Human Services Sylvia Burwell seeking her support. However, like the Bush administration before it, the Obama Administration rejected the argument that the government can march in to control the price of a successfully commercialized product.

Secretary Burwell responded by letter on March 2, 2016. Her letter states in part that the Bayh-Dole Act’s march-in right was “strictly limited and can only be exercised if the agency conducts an investigation and determines that specific criteria are met, such as alleviating health or safety needs or when effective steps are not being taken to achieve practical application of the inventions.” She also concluded that “the statutory criteria are sufficiently clear and additional guidance is not needed.”

Note Secretary Burwell’s last sentence that the intent of the march-in provision is clear and well understood.

To date, no bills have been introduced in the 114th Congress to address march-in rights under the Bayh-Dole Act. Therefore, if Congress deems the current situation to be acceptable, then no action need be taken. Other options include clarifications that further stipulate the circumstances under which march-in rights may be invoked, either by statutory amendment or the encouragement of regulatory refinements. Congress could, for example, define with greater clarity the precise circumstances under which a patented invention is deemed “available to the public on reasonable terms.” Congress could also define with greater specificity when march-in rights are needed to “alleviate health or safety needs,” particularly with respect to inventions that might be perceived as too costly for many consumers to afford.

Thus, if Congress doesn’t agree with how the law works, it needs to act. Otherwise, the law will continue to operate as currently written.

This leads to Professor Thomas’ next quote in The Washington Post. The reporter rebuts those saying it was never Bayh-Dole’s intent to regulate prices with this:

But Thomas, the Georgetown Law professor, said that analysis is not correct.

“Post-enactment legislative history,” he said, “isn’t really the way the game is played.”

In 2001, Peter S. Arno and Michael H. Davis published an article in the Tulane Law Review asserting that the Bayh-Dole Act “has had a powerful price-control clause since its enactment in 1980 that mandates that inventions resulting from federally funded research must be sold at reasonable prices.” According to Arno and Davis, “the solution to high drug prices does not involve new legislation but already exists in the unused, unenforced march-in provision of the Bayh-Dole Act.” Arno and Davis followed this article with a 2002 editorial published in the Washington Post, stating in part:

“Although Bayh-Dole has been in place for 20 years, the government has never enforced it—not even once. That, despite the AIDS crisis at home and abroad, despite the millions of elderly and chronically ill Americans in need of affordable prescription drugs and the 40 million others who have no health insurance coverage whatever—and despite the general hand-wringing over the skyrocketing costs of pharmaceuticals.”

Former Senators Birch Bayh and Robert Dole responded with an editorial published in the Washington Post less than a month later. The editorial states in part:

Bayh-Dole did not intend that government set prices on resulting products. The law makes no reference to a reasonable price that should be dictated by the government…. The [Arno and Davis] article also mischaracterizes the rights retained by the government under Bayh-Dole. The ability of the government to revoke a license granted under the act is not contingent on the pricing of the resulting product or tied to the profitability of a company that has commercialized a product that results in part from government-funded research. The law instructs the government to revoke such licenses only when the private industry collaborator has not successfully commercialized the invention as a product.

So, 21 years after it was enacted, two professors came up with an entirely new interpretation of the law—one which was immediately rejected by Senators Bayh and Dole.

One part of Professor Thomas’ narrative is incorrect. While The Washington Post was happy to give Professors Arno and Davis an op-ed to spout their theory, the paper would only allow Bayh and Dole the limited space of a letter to the editor to respond. Thus, they were not able to point out that the Arno/Davis theorem is based on quotes from non-Bayh-Dole hearings or by citing critics of the law.

When the first attempt was made to employ the Arno/Davis theory against an NIH-funded drug, at my request, Senator Bayh appeared to set the record straight. He began by showing how the march-in petition cut and pasted unrelated portions of the Senate Judiciary Committee report on Bayh-Dole, creating the false impression the law was intended to control prices.

One is entitled to second guess us and say that we should have allowed the government to have a say in the prices of products arising from federal R&D. However, if changes are believed warranted, we have a process for doing so. That is to amend the law. You simply cannot invent new interpretations a quarter of a century later. This is what is being proposed…

If Congress does decide to amend Bayh-Dole someone must clearly define what is a “reasonable price.” Congress must keep in mind that the vast majority of technologies developed under the law are commercialized by small companies that “bet the farm” on one or two patents. Copycat companies are always waiting until an entrepreneur has shown the path ahead. They can always make things cheaper since they have no significant development costs to recover.

What will happen to the start-up companies arising from Bayh-Dole that are driving our economy forward with this sword hanging over their heads? What evidence is there that large drug companies will not simply walk away from collaborations with our public sector? That is what happened to NIH.

NIH wisely realized that the greater good is to allow American taxpayers to have access to important new products and processes, along with the new jobs and taxes they create than to try and regulate prices.

Bob Dole and I made the same choice in 1980. I still believe that we were correct.

Not only Senators Bayh and Dole, but those most closely associated with creating the law rejected the Arno/Davis theory. Norman Latker, former NIH patent counsel, and Howard Bremer at the Wisconsin Alumni Research Foundation, who helped write Bayh-Dole, sent statements to NIH opposing the proposed misuse of march-in rights as contrary to the law. I did as well.

It should be clear to any fair person which side is attempting to rewrite  history, but unfortunately in our current political climate, fair people are hard to find.