“The district court concluded that the ’327 Patent was directed to the abstract idea of placing an item at an intermediate location before moving it to a final one in order to increase the accuracy of the final placement and is applicable to an ‘almost infinite breadth of applications.’” 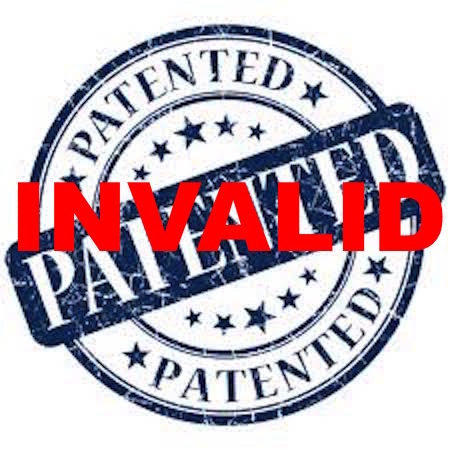 In a follow-up to a decision earlier this month blocking an attempt by Palomar Technologies, Inc. to bar new prior art references based on IPR estoppel, the U.S. District Court for the District of Massachusetts on May 28 has now granted a motion for summary judgment by MRSI Systems, LLC (MRSI), holding U.S. Patent No. 6,776,327 (the ‘327 patent) invalid under 35 U.S.C. § 101 as being directed to a patent-ineligible abstract idea.

The ‘327 Patent and Prior Proceedings

The ‘327 patent, entitled “High-accuracy Placement Method Utilizing Double Pick and Place”, is directed to a method of moving a first workpiece, such as a die, from an “origination location” to an “intermediate location” and then moving the first workpiece to an “attach location” where the first workpiece is attached to a second workpiece.  In general, a process of attaching a die to a circuit body involves an initial step, i.e. a “pick and place” operation, wherein “the die is picked from a remote location by a tool and placed on the circuit body at the location where attachment is desired.”  The ‘327 describes the method disclosed therein as an improvement over typical “pick and place’ operations due to its automated placement method that is “both time efficient and highly accurate.”

In 2015, Palomar filed a suit against MRSI for infringement of the ‘327 Patent. Later that year, MRSI petitioned the Patent Trial and Appeal Board (PTAB) for inter partes review (IPR) of the ‘327 patent. The PTAB instituted review on each of six grounds raised in the petition and, ultimately, upheld the validity of 47 claims and invalidated one claim. During the IPR, Palomar’s action against MRSI had been stayed by the Southern District of California. Following the IPR proceedings, the litigation was resumed and after MRSI filed to transfer the case due to improper venue, as per the newly decided TC Heartland case, transferred to the District Court for the District of Massachusetts (the district court). The district court denied a motion for partial summary judgment by Palomar Technologies, Inc., holding that the estoppel bar relating to inter partes review (IPR) proceedings did not apply to two newly discovered prior art references that had not been known of or raised in a prior IPR hearing at the Patent Trial and Appeal Board (PTAB).  Most recently, MRSI moved for summary judgment under the abstract ideas and natural law exceptions to 35 U.S.C. §101. In response, Palomar moved for partial summary judgment on the issues of literal infringement, MRSI’s claim of invalidity under 35 U.S.C. § 101, MRSI’s claims of invalidity under 35 U.S.C. § 112, and MRSI’s public use defense.

Considering claim 1 to be a representative claim, the district court first determined whether the claim was directed to an abstract idea. The court reviewed Palomar’s arguments that McRO, Inc. v. Bandai Namco Games Am. Inc and Diamond v. Diehr were analogous because the ’327 Patent describes a method for solving a known “technological problem in conventional industry practice” in a specific field.  In McRO, the Federal Circuit found claims relating to “specific asserted improvement in computer animation” to be patent eligible because of the “specificity of the ordered rules within the claim and the fact that the outcome itself—lip-synched computer animation—was not covered by the patent.”  In Diamond v. Diehr, the claims were held to be patent eligible because they “employed a detailed process ‘to solve a technological problem in conventional industry practice’ by improving the molded-rubber curing process.”  In rejecting Palomar’s arguments, the district court reasoned that the ‘327 Patent “accomplishes a much broader goal in a much less specific way than the patents found in Diehr and McRO”, which claimed “methods so specific and concrete as to lack application beyond their express uses”.

The district court referred to Ultramercial, Inc. v. Hulu, LLC, wherein the Federal Circuit found an 11-step process of displaying advertisements in exchange for access to copyrighted media to be directed to an abstract idea even though certain recited claim limitations added a degree of particularity because “the concept embodied by the majority of the limitations describes only the abstract idea of showing an advertisement before  delivering free content.”  The district court noted that Ultramercial put a limit on the holdings of  Diehr and McRO  by clarifying that “a process or method patent [with claims having a degree of particularity] may nonetheless be directed toward an abstract idea if the ‘the majority of the limitations’ are ‘devoid of a concrete or tangible application.’”  The district court concluded that the ’327 Patent was directed to the abstract idea of placing an item at an intermediate location before moving it to a final one in order to increase the accuracy of the final placement and is applicable to an “almost infinite breadth of applications.”

The district court moved on to the question of whether the claims include a sufficiently “inventive concept” to “transform” the abstract idea in a “patent-eligible application.”  Citing Mayo, the district court noted that the Supreme Court has held that “’simply appending conventional steps, specified at a high level of generality,’ was insufficient to supply the necessary ‘inventive concept.’”   The district court applied the Mayo analysis in explaining that the ‘327 patent claims “do little more than recite generalized terminology for the conventional steps that constitute the abstract idea of the placement of a component utilizing an intermediate location.”  According to the district court, there was nothing “non-conventional” or “non-generalized” about the claim elements when considered on an individual basis or as an ordered combination.

The court also considered the dependent claims but concluded that the specification does not disclose that any of the dependent claims are inventive and they only recite conventional tools or generic limitations. Further the court noted that limitations that narrow the claims to a particular environment are also insufficient to provide an inventive concept; thus, “[l]imiting claims to conventional tools within a particular environment does not provide a sufficient inventive concept to confer patentability on Alice step two.”

The district court addressed Palomar’s arguments that 1) the ‘327 Patent created a new method for accomplishing a specific task and carried no risk of preempting an entire fundamental concept, and 2) the claims of the ’327 Patent satisfy the machine-or-transformation test. With respect to the first argument, the district court cited Reese v. Sprint Nextel Corp. in stating that “merely limiting claims to a particular technological environment does not render the claims any less abstract.”  With respect to the second argument, the court noted that the machine-or-transformation test, as set forth in In re Bilski, outlines that a “claimed process may be patent eligible if ‘(1) it is tied to a particular machine or apparatus, or (2) it transforms a particular article into a different state or thing.’” The court reasoned that in order to meet the “machine” prong of the test an apparatus specific to the claimed invention must be disclosed, but it concluded that the ‘327 patent does not meet this requirement as it is not linked to any machine.  With respect to the “transformation prong”, which requires an article to be transformed into a different state or thing as a central purpose of the claimed process, the court explained that a generic attachment of two parts, as in the ‘327 patent claims, does not meet the bar for “transformation.”  Explaining that the ’327 Patent involves a patent-ineligible abstract concept and the claims do not include a sufficiently inventive concept to survive invalidation, the district court granted MRSI’s motion for summary judgment on the issue of patentability under 35 U.S.C. § 101 and denied each of Palomar’s motions.

Lead counsel for MRSI, Brian Paul Gearing, Ph.D., partner at Crowell & Moring LLP, stated that his team was very pleased with the result and believed that “Chief Judge Saylor arrived at a thorough and well-reasoned opinion after carefully considering all arguments and evidence in view of the applicable legal framework for invalidity under 35 U.S.C. Section 101.” Gearing further noted that the “ruling validates what we have been arguing since the very beginning when this meritless case was first filed by Palomar in July 2015.  Pending any appeals, this opinion is likely to provide important guidance for future decisions on the application of Section 101.”

In addition, MRSI co-counsel Peter Nieves, shareholder at Sheehan Phinney Bass & Green PA, expressed that the legal team was pleased with the outcome.  Nieves agreed with Gearing that Chief Judge Saylor carefully considered the matter before him and “arrived at a thorough and well-reasoned opinion.”  He further noted that “[a]s is characteristic of his decisions, Chief Judge Saylor provided beneficial guidance with his Order, this time, specifically for application of 35 U.S.C. Section 101.”

Palomar’s counsel did not respond to a request for comment.