“The Federal Circuit could take a few cases en banc and devote a day, get amicus input, and hear from the government. Let’s have a broad-based discussion on some specific cases in an en banc situation. To a large extent, they could fix it.” – Andrei Iancu 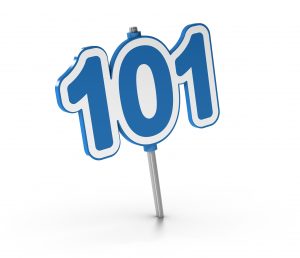 USPTO Director and Under Secretary of Commerce for Intellectual Property Andrei Iancu believes that “to a large extent … if they want to, the Federal Circuit can fix the problem” with patentable subject matter under Section 101.

Speaking at the 27th Intellectual Property Law & Policy Conference at Fordham Law School on April 25, Mr. Iancu said the interpretation of Section 101 is “the most important issue of substantive patent law currently.” He added: “This issue must be addressed now in the United States.”

The USPTO Director said there is consensus that the state of the law is unworkable: “Recent case law has created significant confusion in this regard.” But he added: “If you look at the Supreme Court cases by themselves, those cases are not the ones necessarily that have caused the problem. In the way those cases have been interpreted in the lower courts or at the USPTO itself, we have deviated from the core message of the Supreme Court to some extent.”

Mr. Iancu said that the language of Section 101 is designed to exclude types of matter that are “per se not for patenting”, such as pure unapplied mathematics, compositions of matter or natural/scientific principles, human interactions like economic principles, and mental processes. But he said mistakes have been made and some court decisions are now treating technological matter as coming within the scope of the exclusions: “We have deviated in the way we think about it and the way we apply it. The application of these exclusions to all types of matter, all types of technology, even if not per se problematic … goes beyond what the Supreme Court has said and is nowhere to be found in the statute itself.”

Mr. Iancu argued that the recent USPTO guidance for examiners has “created more consistency,” saying: “I’m quite optimistic. I think we have created a framework that works.” He also encouraged patent applicants to push examiners to follow the guidelines.

But he said further guidance was needed from the courts: “The Federal Circuit could take a few cases en banc and devote a day, get amicus input, and hear from the government. Let’s have a broad-based discussion on some specific cases in an en banc situation. To a large extent, they could fix it.”

Other speakers at the Conference, however, were skeptical that the Federal Circuit can solve the problem. Former Chief Judge Paul Michel said en banc hearings could only solve one-third or at most one-half of the problem: “The rest requires legislation.”

Moreover, he added that “going en banc is never easy.” Rule 35 of the Federal Rules of Appellate Procedure requires a majority of the Court’s active judges to agree to an en banc hearing, and says that such a hearing or rehearing will not be ordered unless (1) en banc consideration is necessary to secure or maintain uniformity of the court’s decisions; or (2) the proceeding involves a question of exceptional importance.

“Legislation is the only solution. The Supreme Court has turned down every cert petition; they’ve no intention of straightening out the problem,” said Mr. Michel.

Don Dunner of Finnegan also favored a legislative fix. Speaking at the Conference, he said the framework proposed by Senators Tillis and Coons was a “good approach” and that most judges “would like to see a more liberal interpretation of Section 101.”

But, responding to Mr. Michel’s comments, Mr. Iancu warned: “Legislation is unpredictable too. Those words will have to be interpreted by the courts.”

The Fordham IP Conference was held over two days in New York City and included a line-up of international speakers across sectors. During another session on April 26, titled “Patent Potpourri,” which was moderated by Adam Mossoff and included speakers from Germany, the United Kingdom and United States, Google counsel Suzanne Michel told attendees that Section 101 panic is overblown. Michel acknowledged that her perspective was strictly a tech industry one but said that the Alice decision’s effect on the way courts apply 101 “supports innovation in the software industry and aligns the U.S. with the rest of the world.” She added that it seems like many want the solution to perceived unpredictability to be “no lines”, which she said “would be a very bad idea,” and warned against coming up with legislation only to spend the next 10 years litigating it in the courts.

“101 has to provide some kind of filter,” Michel said. “The technical solution to a technical problem test works well…. I propose less complaining about the Supreme Court is one solution. The situation always looks worse than it is.”