Reactions Roll in On Congress’s Proposed 101 Framework: ‘The Right Approach’ or ‘A Swing and a Miss’?

“The problem is not that the statute is incomplete, it is that the Supreme Court refuses to carry out strict statutory construction of the words of the statute, as it does in other areas of law, like the tax code.” – Sherry Knowles 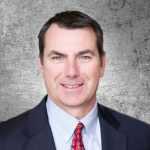 Yesterday, members of congress announced in a press release a proposed framework to fix patent eligibility law in the United States.

Reactions to the framework were mixed. While many are delighted that the issue seems to be getting real attention on Capitol Hill, others are skeptical of some of the proposals. For example, Russ Slifer, former Deputy Director of the United States Patent and Trademark Office (USPTO), described the framework as “a big swing and a miss”:

Waiting for Congress to help is often the worst course of action. The result, if there is one, includes too many compromises that just lead to new unintended issues. The Senate Judiciary Subcommittee on Intellectual Property’s draft outline for patent eligibility is a prime example. I applaud the subcommittee for trying to hit the ball out of the park, but this is a big swing and a miss.

Recognizing that court created judicial exceptions to the patent statute have resulted in an unworkable patent was an important start. The outline, however, merely changes the exceptions from judicially created to legislative exceptions. Codification of the court’s exceptions just embeds them for generations into the law, while allowing the courts to “interpret” them.

I envision a long line of cases interpreting the statute to determine what is a Fundamental scientific principle, Product that Exist solely and exclusively in nature, Pure mathematical formulas, Economic or commercial principles, or Mental activities. How can a court ignore all the precedential opinions already on the books?  Just think about the Supreme Court answering the simple question of what constitutes generic technical language or generic functional language. We can do better than compromising the patent system further! – Russ Slifer 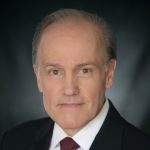 Others were more generous and applauded Tillis, Coons and the relevant members of the House for taking action:

The most important and immediate goals for reforming patent eligibility are predictability, predictability and predictability. This framework, coming from legislators who understand the value to our country of a robust and sensible patent system, is exactly the right approach. It will restore much-needed certainty to the acquisition and enforcement of patent rights, reducing costs for all stakeholders. – James Pooley

From the Hill: Staffers Seem Open to Comments

Having attended the meeting on the Hill yesterday in which the framework was released and discussed prior to being circulated to the public, Todd Dickinson of Polsinelli, and the former USPTO Director, said that he can understand how those seeing the proposal without having taken part in the dialogue might be alarmed. “There are still some big questions to answer, but I left the meeting encouraged by the momentum,” Dickinson told IPWatchdog. The discussion, which he described as decidedly “more lawyerly” than previous meetings on the topic, included staffers for both the House and Senate, and from both political parties, which “is a good sign that there is a continued intention to do something,” he said. 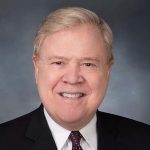 The 40-plus attendees of the meeting asked a range of questions and, in many cases, the staffers seemed open to taking the comments under consideration. Some of the sticking points were around how to apply the “practical application test” to ensure the defined categories of exceptions to patentable subject matter are construed narrowly and what the methodology is going to be for revising the framework as comments come in. Dickinson was particularly curious about the implications and possible interpretations of the framework’s inclusion of “products that exist solely and exclusively in nature” and “pure mathematical formulas” as exceptions.

Though encouraged by the bicameral, bipartisan effort, Dickinson noted comments questioning whether Section 112 should also be fixed, and the relative silence of those present from the tech industry. If efforts get sidetracked by additional reforms, or concerns are brought up down the line by particular industries, it could prolong debate. “They still have a lot to work through,” Dickinson said. “Who knows how long it will take?” 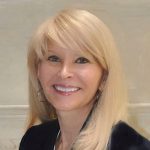 Sherry Knowles, Founder of Knowles Intellectual Property Strategies and former Senior Vice President and Chief Patent Counsel at GlaxoSmithKline, said that, while she “appreciates the efforts” of the Senators and Representatives involved, “to address the extreme problems caused by the Supreme Court’s case law, which is inconsistent with the current statute,” she “would urge the Senators and Representatives to support recodifying Section 101 with the following wording:

Whoever invents or applies a discovery which results in any new and useful process, machine, manufacture or composition of matter, or any new and useful improvement thereof, may obtain a patent therefor, subject to the conditions and requirements of this title. Judicial exceptions to this statute are expressly prohibited, and instead, the Court is required to carry out strict statutory construction.

I am against a defined, closed set of categories of excluded subject matter because they could lead to unmeasurable mischief by the Supreme Court, which could consider that they are in essence, codifying their exceptions. “Fundamental scientific principles” can be construed by the Court to indicate a codification and approval of their “abstract ideas” or “law of nature” tests and they will decide cases in the same way they have been. Likewise, the “Products that exist solely and exclusively in nature” category would be construed by the Court to affirm the Myriad decision. The proposed excluded categories are fraught with vagueness, and would be an invitation to the Courts to create more difficult law. I appreciate the suggestions by the Senators and Representatives to add “instructions” on how to apply their exclusions (therefore codifying exceptions “plus”), however, my concern remains.

The proper application of the categories “a new and useful process, machine, manufacture or composition of matter” already excludes mental activity and unapplied mathematical formulas, as well as products as they are found in nature without man-made manipulation thereof. The problem is not that the statute is incomplete, it is that the Supreme Court refuses to carry out strict statutory construction of the words of the statute, as it does in other areas of law, like the tax code.

Thus, in my opinion, little progress would be made with the proposed language, and instead, the difficulties might be cemented. I urge the Senators and Representatives to support either a simple repeal of 35 U.S.C. 101 (so that patentability rests only on §§102, 103, 112, etc)  or a simple amendment to 101 that includes instructions to the Court as suggested above, instead of creating categories of exclusions, however elaborated on. I also urge the Senators and Representatives to provide at least legislative history that the intent is to expressly repeal Myriad, Mayo and Alice. – Sherry Knowles 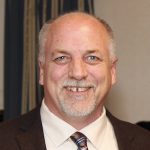 While he agreed with the framework’s proposal to “keep existing statutory categories of process, machine, manufacture, or composition of matter, or any useful improvement thereof,” Paul Morinville, founder and former President of U.S. Inventor, Inc. and President of SemiComm HK, took issue with much of the proposed language.

With respect to the proposal to “Eliminate, within the eligibility requirement, that any invention or discovery be both ‘new and useful.’ Instead, simply require that the invention meet existing statutory utility requirements,” he said:

Whether an invention is “new” is a question already answered under 102 and 103. Answering it under 101 confuses the evaluation by opening multiple tracks to develop case law to construe the claims and create new exceptions. Therefore “new” should be removed from 101 to provide clarity and de-confuse analysis of claims.

Whether an invention is “useful” is a question already answered in-part under 112. 112 asks if the invention as claimed can be made in the real world. If it can, it may be useful. But that does not determine if it will be used. No person can predict if anyone will use an invention and therefore the question of usefulness cannot be answered at the time of the invention. For example, at the time that the Slinkey was invented, very few people would have thought people would buy and use it. But someone invested in its commercialization. When people bought the Slinky, its usefulness was proven by the market. Whether there is a market for an invention is the only way to determine if an invention is useful.

Conversely, if an invention is not useful, nobody will buy it. If nobody buys it, it can never be litigated. The truth is that it does not matter if a patent is issued for a non-useful invention because there can never be a negative effect from litigating the patent as there will be no infringement. Indeed, around 97% of patents are never litigated because they are either not commercially viable (not useful), thus not infringed, or not commercially valuable, thus damages are too small to return the cost of litigation.

However, there is a positive effect of issuing patents that are not useful. The invention is disclosed to the public so others can improve it and potentially create a marketable product.

101 should be amended to read as follows:

Whoever invents or discovers any new and useful process, machine, manufacture, or composition of matter, or any new and useful improvement thereof, may obtain a patent therefor, subject to the conditions and requirements of this title.

With respect to the closed list of exceptions proposed by the framework:

The courts have proven over the centuries that they are incapable of deciding subject matter eligibility because they err on the side of invalidity. It is therefore dangerous to list any specific categories of invention as per se patentable or unpatentable. Doing so will end with entire new fields of invention wrongly excluded from patent protection.

Nobody can know the future and how any particular category (included or excluded) will morph and branch into new technologies. We are seeing this happen with software/hardware morphing into a new category of artificial intelligence (AI). AI is primarily built on three excluded categories – mathematical formula, economic and commercial principles, and mental activities. There can be no doubt that the courts will view AI as patent ineligible because it is built on three excluded categories. Many other fields of invention will get caught up in this as well.

The most disturbing category is Economic and commercial principles. These are business methods by another name. This is a direct attempt by big tech to protect their monopolies.

No category of invention should be per se patentable or unpatentable. 102, 103 and 112 already work to make the call.

Thus, the first recommended change to 101 would read as follows:

If you have a different take on the framework that you’d like to share, please email [email protected]