“The Federal Circuit ordered a new trial on the finding of willful patent infringement, in part because it was impossible to determine from the record which patents or patent claims were judged to be willfully infringed.” 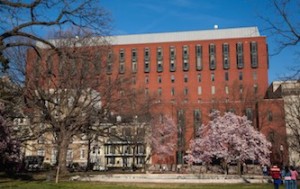 On April 8, the Court of Appeals for the Federal Circuit issued a precedential decision in Omega Patents, LLC v. CalAmp Corp. that affirmed-in-part, reversed-in-part, vacated-in-part and remanded a district court’s ruling that CalAmp had directly infringed certain patent claims asserted by Omega. While the Federal Circuit did affirm that CalAmp directly infringed one of the asserted claims, it vacated and remanded on a number of the district court’s other findings. The decision was issued by a panel including Chief Judge Sharon Prost and Circuit Judges Timothy Dyk and Evan Wallach. 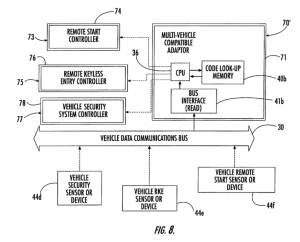 This appeal came out of the Middle District of Florida, where Omega filed a patent infringement suit in December 2013 asserting claims of four patents: 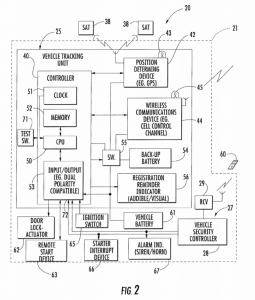 Omega’s allegations of patent infringement centered on CalAmp’s sale of Location Messaging Unit (LMU) products that assist businesses and government entities by tracking fleets of vehicles and retrieving vehicle information such as battery health and speed for remote monitoring. A jury verdict in the Middle District of Florida held that all asserted claims were not invalid, were infringed, and that CalAmp had committed willful patent infringement. The jury awarded compensatory damages of $2.98 million and the judge trebled that damages award and added attorney’s fees, damages for sales subsequent to the jury verdict and pre-judgment interest, increasing the monetary award to about $15 million with an ongoing royalty rate of $12.76 per sale of infringing unit by CalAmp.

CalAmp Takes Its Case to the Federal Circuit

CalAmp appealed to the Federal Circuit, arguing several points: that the district court misconstrued certain claims during the Markman hearing; that there was insufficient evidence of direct infringement of amended claim 1 of the ‘727 patent; that it was entitled to judgment as a matter of law (JMOL) on no direct, indirect or induced infringement of the asserted claims of the ‘876 and ‘885 patents; and that the district court erred by excluding testimony on CalAmp’s state of mind regarding both infringement and validity of the asserted claims.

In affirming the district court’s construction of the patent claim terms “transmitter,” “receiver” and “data communications bus/vehicle data communications bus/vehicle data bus,” the Federal Circuit found that CalAmp did nothing during the Markman proceeding to identify prior art that would have been affected by the claim construction ruling. CalAmp argued that its proposed construction, if accepted, would have enabled it to make invalidity defenses, including prior art references relating to wired connections. However, the CAFC found that CalAmp’s opening brief failed to present a developed argument regarding the Markman hearing’s effect on excluding any relevant prior art.

The Federal Circuit also affirmed CalAmp’s infringement of the ‘727 patent. While the CAFC said that “this is admittedly a close issue,” it did conclude there was sufficient evidence of infringement. Though CalAmp contended that its products didn’t use vehicle speed from the data bus to send speed exceedance notifications, the CAFC found that testimony from CalAmp’s witnesses could reasonably be interpreted by the jury as indicating that a small percentage of its devices infringed by using that speed data from the data bus. The Federal Circuit’s finding that CalAmp directly infringed the ‘727 patent claim by selling its products, a subset of which had been programmed with infringing functionality, mooted the issue as to whether CalAmp indirectly infringed the ‘727 patent.

CalAmp fared a bit better with its argument that it was entitled to JMOL on no infringement of the ‘876 and ‘885 patents. The Federal Circuit found that the only evidence raised at the district court trial showed that CalAmp’s LMU products used a transmitter to transmit signals to the receiver but didn’t show that CalAmp provided the cell tower as required by the claim elements. On the district court’s judgment that CalAmp induced direct infringement by its customers, the Federal Circuit also vacated the jury’s finding that CalAmp infringed claim 12 of the ‘876 patent and all asserted claims of the ‘885 patent. The Federal Circuit found that Omega’s theory at trial that the LMU was a vehicle device sending infringing device codes to the engine control unit (ECU) was inconsistent with the claim construction to which Omega ultimately agreed. Still, the Court wrote that CalAmp wasn’t entitled to JMOL on the infringement issue because Omega presented evidence that the signal sent by the ECU to the LMU could satisfy the “device code” claim limitation.

As to the claims of the ‘278 patent, which included a “device code” limitation, the Federal Circuit vacated the judgment of infringement based on CalAmp’s sale of the LMU products as a result of the same claim construction issues leading to vacatur of the infringement judgment on the ‘876 and ‘885 patent claims. Ultimately, this resulted in the setting aside of CalAmp’s liability for infringing claims of three of four asserted patents. The Federal Circuit also ordered a new trial on compensatory damages, as there was insufficient evidence supporting the award of $2.98 million for infringing one claim of the ‘727 patent. Omega’s damages theory was based on total actual sales of the accused LMU products but amended claim 1 of the ‘727 patent was only infringed by a subset of CalAmp products that were programmed with certain scripts.

Finally, the Federal Circuit also ordered a new trial on the finding of willful patent infringement, in part because it was impossible to determine from the record which patents or patent claims were judged to be willfully infringed. This resulted in the vacatur of the enhanced damages and attorney’s fees award, which were based on willful infringement. The CAFC also addressed evidentiary issues that arose in the district court, including the district court’s abuse of discretion in excluding testimony from Gallin Chen, CalAmp’s senior director of business development, as well as David Bailey, outside counsel working for CalAmp before it launched the accused LMU products. Evidence showed that Chen was the main person within CalAmp responsible for investigating the patent landscape prior to the release of the LMU products. The district court prevented Chen from providing testimony on his conclusions as to whether the asserted patent claims would be infringed and were valid at the point in time prior to release of the accused products. The Federal Circuit found that Chen should have been able to present a limited summary of his conclusions. The Federal Circuit also took issue with a hearsay objection preventing Chen from answering if he had an understanding as to counsel’s belief on whether the LMU products infringed claims of the ‘885 patent. The district court further erred by preventing testimony from Bailey regarding his analysis of patent infringement issues prior to the launch of the LMU products. Rather, Bailey was only allowed to give bare conclusions on infringement and validity without discussing the substance of his opinion, evidence relevant to the defendant’s state of mind at the time of the accused infringement.

Omega Patents was represented at the Federal Circuit by counsel from Allen, Dyer, Doppelt & Gilchrist while CalAmp was represented by counsel from Sidley Austin LLP. IPWatchdog reached out to both legal teams for a comment on the Federal Circuit decision. CalAmp said it had no comment to make at this time and Omega Patents did not respond to the inquiry.