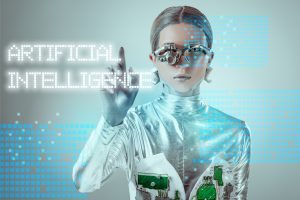 The Japan Patent Office recently added ten new case examples pertinent to artificial intelligence-related technology to Annex A of its Japanese Patent Examination Handbook. The examples are meant to facilitate understanding of the description requirements and the inventive step requirement in Japan as applied to AI-related inventions. In doing so, they provide a useful preview for how other patent offices might begin treating AI-related inventions. The examples are also very useful for any practitioner with clients in the AI space who intend to file in Japan.

There are two prevailing points to take away from the new case examples in relation to the Japanese “description requirements” – e.g., enablement and written description.

First, when an invention applies AI to a technical field, one should disclose a “certain relation, such as a correlation.” For example, it is not enough to say “run photos through a neural network to detect emotion on faces.” One should also give example correlations for the neural network to work with, such as “a smile means happy” and “a frown means sad.” However, the correlation can also be shown “in view of common general technical knowledge,” which obviously has its pitfalls and drawbacks.

Second, when a computer product is presumed to have an AI function, one should show actual test results or other proof of validation of the model “unless an estimation result by AI can be a substitution for an evaluation on a product that has actually been made.”

Thus, for example, for a new glue with a specific composition obtained using a neural network to optimize ratios of constituents to thereby achieve certain cure times and strength, one should show test results from running the model, or proof that the model was otherwise verified as accurate.

As far as the inventive step requirement goes in Japan in relation to AI inventions, Example 34 from the new case examples provides some guidance. Example 34 itself deals with providing an estimation system of a hydroelectric power generating capacity. The example seems to indicate that novel input data might satisfy Japan’s inventive step requirement. Claims 1 and 2 from this example will be discussed below to illustrate.

The basis for this finding is that:

“[g]enerally, an input of data of which correlation is unknown may cause a noise in machine learning. However, the invention of Claim 2 uses an input data containing a temperature of the upper stream of the river during a predetermined period between a reference time and a predetermined time before the reference time. This enables a highly accurate estimation of a hydroelectric power generating capacity, taking an increase of inflow rate due to meltwater in the spring into consideration. It is a significant effect that a person skilled in the art cannot expect [emphasis added].”

Accordingly, it [is] not considered to be a mere workshop modification that can be carried out in application of the well-known art to [the first cited reference] by a person skilled in the art to contain, in an input data in an estimation of a hydroelectric power generating capacity, a temperature of the upper stream of the river during a predetermined period between a reference time and a predetermined time before the reference time.”

Thus, when filing AI patent applications in Japan, one should disclose example correlations that the AI-related invention might make. For certain AI inventions, one should also disclose test results or validation of the AI model. Furthermore, novel input data and output data may be enough to establish an inventive step worthy of patent protection in Japan. Whether other patent offices will approach AI-related inventions in a similar way remains to be seen. Here in the United States., there are other issues that might need to be addressed first—namely, the current chaotic state of the law on patentable subject matter and whether artificial intelligence inventions will be rightly and consistently treated as patentable in the first place.