Federal Circuit Rule 36 Judgment in VirnetX v. Cisco and Apple: A Look at the Oral Arguments

“With $400 million at stake, the Federal Circuit at a minimum should have explained in a page or two why the decision below was so clearly correct, and Apple’s appeal was so clearly unnecessary.” 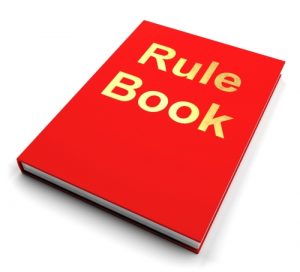 IPWatchdog has been closely following the growing trend of Rule 36 affirmances at the Federal Circuit. Perhaps one of the most widely publicized of these was the January 15 decision in VirnetX Inc. v. Cisco Systems, in which co-defendant Apple appealed a September 2016 jury verdict from the Eastern District of Texas awarding $302.4 million in damages to secure communications patent owner VirnetX. That verdict said that Apple had infringed two patents through its VPN On Demand and FaceTime services. While some might say a judgment that ultimately totaled more than $400 million after enhanced damages and interest warrants some kind of explanation, a look at the oral argument transcript suggests that this might be one where Rule 36 was actually appropriate—or, at least, expected.

The Federal Circuit panel of Chief Judge Sharon Prost and Circuit Judges Kimberly Moore and Jimmie Reyna seemed to push back heavily against Apple’s counsel during oral argument regarding supposed errors committed by the district court in admitting a cost figure for a non-infringing alternative as evidence.

Arguing on behalf of Apple was William Lee, Partner at WilmerHale. Lee had also represented Apple earlier that same day in oral arguments for other appeals involving VirnetX. Lee began his arguments by focusing on the reliability of the damages theory employed by VirnetX’s damages expert and whether a $1.3 billion figure representing Apple’s costs to design around VirnetX’s asserted patents was admissible as evidence; Lee argued that it was used to prove infringement, not for the calculation of damages.

Chief Judge Prost noted that the district court judge’s instructions to the jury acknowledged evidence about how Apple modified its FaceTime design but that such evidence was only to be used to determine damages, not infringement. Lee argued that the $1.3 billion redesign cost figure shouldn’t have been introduced in the case at all as it wasn’t relevant to the Georgia-Pacific analysis used by VirnetX’s damages expert for determining royalty rates from a hypothetical negotiation. Chief Judge Prost noted that the jury came up with a reasonable royalty rate that was precisely the number given by the damages expert, so “even if we’re troubled about the $1.3 billion,” she said, “can’t we be pretty secure where the jury came up with its number has nothing to do with that?” Lee contended that, while the appellate court could be secure in where the jury got the number for damages, it was possible that the design-around cost figure could have swayed the jury towards accepting the $302.4 million damages award.

Judge Moore said that she didn’t understand Lee’s argument. “I guess Judge Prost’s point is, the jury came up with exactly the number that followed the damages expert’s analysis identically, and that was the number they came up with,” Judge Moore said. “So, it doesn’t appear as though the jury used that 1.3 billion dollar number at all. Why do we need to be concerned? You’re saying it deprived you of a fair trial on damages, but the jury adopted almost exactly what the expert articulated.” Lee cited to the Federal Circuit’s 2011 decision in Uniloc USA v. Microsoft Corp. and argued that case stood for the principle that a party seeking damages cannot large figures to inflate the amount of damages that could be awarded. Judge Moore countered by citing to the Federal Circuit’s 2013 decision in Douglas Dynamics v. Buyers Products to note that the availability of non-infringing alternatives and the cost thereof were relevant to damages calculations.

Lee next moved on to argue that damages failed to be apportioned at the district court following the Federal Circuit’s previous remand of this case in 2014 when it threw out the previous $368 million damages award for failure to apportion the value attributable to either FaceTime or VPN On Demand. Instead of properly apportioning damages, Lee argued that the only thing VirnetX’s damages expert did was divide Apple’s device unit sales by the number of devices sold to come up with a reasonable royalty amount that was an order of magnitude higher than the largest of the comparable licenses used for the hypothetical negotiation analysis. Chief Judge Prost submitted that this seemed like a question that should have been posed to the jury at district court, which found sufficient basis to accept the damages expert’s calculation. “Aren’t our hands tied?” Chief Judge Prost asked.

“Haven’t our cases, Ericsson and others, sort of said, ‘Okay, apportionment is one thing, we get into that with the entire market value rule and all this other stuff.’ But then we have the principle that you can use comparable licenses to gauge it and that, usually in my recollection, doesn’t involve an apportionment question… Let’s assume VirnetX here had licensed Samsung for 60 cents, you can use that as a comparable thing… We’re not gonna do an analysis about the Samsung-VirnetX license being apportioned, our cases say you can use that value of the license for the accused product to get to where you want to go, leaving aside all those apportionment issues we deal with.” – Chief Judge Sharon Prost

Lee continued to push the damages argument, referencing the Daubert standard to attack the reliability of the damages expert’s assertions at district court. “The only thing you have is this: an unweighted average of licenses that vary by two magnitudes with the expert not being able to say, ‘Here’s why I used them,’ is not sufficiently reliable to make it to the jury,” Lee said.

Arguing on behalf of appellee VirnetX was Jeffrey Lamken, co-Founding Partner at MoloLamken LLP. He argued that the $1.3 billion figure for the design-around cost was used properly by the damages expert, not in terms of a mathematical calculation but rather to inform the nature of the hypothetical negotiation. The cost of a non-infringing alternative can provide a cap on the amount of damages awarded, Lamken noted. Further, the non-infringing alternative design would have been technologically inferior, requiring Apple’s FaceTime service to go through multiple relays and resulting in a system with noticeably poorer quality and which was susceptible to dropping calls.

Lamken also argued that the $1.3 billion figure didn’t come from VirnetX but, rather, an Apple engineer who based that cost upon the peak usage figure of 10,000 FaceTime calls per second:

“That’s not an unreasonable number if you think about it. There’s 80 million Apple users. Back in 2009, it could well be that Apple’s FaceTime was going to replace the phone. If there’s an earthquake in LA and everyone’s calling their loved ones, you can have that peak usage. In fact, in Washington D.C., Verizon has these old 5ESS Lucent switches, they have a capacity of 9,000 calls per second for a city of one million people. Apple has 80 times as much.” – Jeffrey Lamken

Lamken wrapped up his arguments by pointing out that the results of the earlier VirnetX case remanded by the Federal Circuit were quite different than the results of the case presently before the appellate court. In the first case, VirnetX was awarded $368 million on the sale of about 175 million units. In the present case, VirnetX’s $302 million award was about 20 percent lower than the first damages award while it was based on the sale of 252 million Apple units, about 50 percent more units than were involved in the first damages calculation.

“Count me among those who believe the Federal Circuit owed VirnetX more than a one-word decision in this case,” said Gene Quinn, patent attorney and the President and CEO of IPWatchdog, Inc. “With $400 million at stake, the Federal Circuit at a minimum should have explained in a page or two why the decision below was so clearly correct, and Apple’s appeal was so clearly unnecessary.”

During the first four weeks in January 2019, the Federal Circuit issued 24 Rule 36 decisions while issuing only 13 precedential decisions, for a 2-to-1 ratio of one-word affirmances to full precedential opinions. It is that ratio that causes concern, so even when it appears a Rule 36 decision is appropriately granted, questions will still be raised. Particularly so when hundreds of millions of dollars are at stake, or when the patentability of a billion-dollar blockbuster drug is on the line.