A patent to a blockbuster drug like Restasis, which has over $1.4 billion in annual sales in the United States, deserves greater consideration than a once sentence disposition that simply says: “Affirmed.” 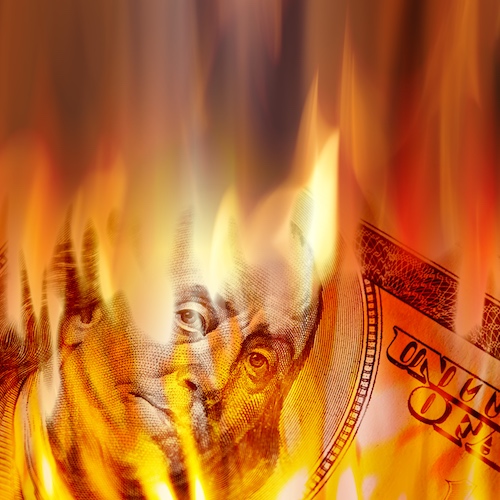 On Wednesday, November 13th, the United States Court of Appeals for the Federal Circuit issued a Rule 36 judgement affirming the judgment of the Eastern District of Texas that patent claims covering Allergan’s Restasis dry eye treatment were invalid under 35 U.S.C. § 103 grounds for obviousness. In issuing the Rule 36 judgment, the Federal Circuit panel of Chief Judge Sharon Prost and Circuit Judges Jimmie Reyna and Todd Hughes upheld without an opinion findings made by Circuit Judge William Bryson, who was sitting by designation in the Eastern Texas.

Without any explanation, analysis or justification, Chief Judge Prost, and Judges Reyna and Hughes affirmed the decision of colleague Judge Bryson. A patent to a blockbuster drug like Restasis, which has over $1.4 billion in annual sales in the United States, deserves greater consideration than a once sentence disposition that simply says: “Affirmed.”

The interesting thing about Rule 36 summary affirmances is they are only supposed to be used when the decision is of no precedential value. By that the Federal Circuit almost certainly means that a Rule 36 decision is a proper procedural tool to use when there are no genuine issues of law and that a written opinion would not further the cumulative body of law. The growing problem in America — whether the Federal Circuit chooses to acknowledge it or not — is that the fight to preserve a patent as valid and enforceable is never over. The fight to preserve a patent is only over and truly final once the patent is lost. Therefore, the only time a decision has binding, preclusive and precedential value insofar as being a final judgment is when the patent owner has lost.

So why is the Federal Circuit using Rule 36 when patent owners lose? And if Rule 36 affirmances are such a great idea because these cases represent appeals that really should never have been brought, and border on the frivolous to the point of not even needing a written decision, why doesn’t the Federal Circuit adopt a Rule 36.1 and create summary reversals? Are we really to believe that the only time that it would be a waste of judicial resources for the Court to engage in the exercise of writing an opinion is when a patent owner loses? After all, that is where all these Rule 36 affirmance point — to a patent owner loss, whether at the district court or at the Patent Trial and Appeal Board (PTAB).

In this case, the appeal to the Federal Circuit followed findings of fact and conclusions of law filed October 16th, 2017, by Judge Bryson in the Eastern Texas. Judge Bryson found that Allergan’s contentions regarding the surprising efficacy of the Restasis treatment in Phase 2 and Phase 3 clinical trials weren’t supported by the evidence at trial. In Phase 2 trials, a 0.1 percent cyclosporine/1.25 percent castor oil outperformed the 0.05 cyclosporine/0.625 castor oil formulation, which was eventually approved by the U.S. Food and Drug Administration (FDA) in the new drug application (NDA) submitted for Restasis. The efficacy of the 0.05 cyclosporine formulation in Phase 3, outperforming the 0.1 formulation results from Phase 2, was surprising to researchers according to Allergan’s submission of testimony from several of its research employees.

In Judge Bryson’s fact finding, it was determined that an FDA 2002 medical review of the NDA for Restasis, which included analysis of Phase 3 clinical trial studies for the medication, didn’t support a finding that the Restasis formulation demonstrated unexpected results. The FDA’s medical review of the Phase 3 trials indicated that the 0.05 percent cyclosporine formulation, which is covered by the Restasis patent claims, resulted in statistically significant higher responder rates. Statistically significant didn’t equal unexpected according to Judge Bryson. Apparently a new drug having statistically significant success is expected. After all, once a drug has an NDA filed it is guaranteed to be approved and it is shocking when it isn’t approved by the FDA because success is always expected with pharmaceuticals.

Of course success with pharmaceuticals is not expected, which is why there is such an enormously high rate of failure, even when drugs appear well on the way to approval. But Judge Bryson concluded that the FDA’s primary objective in its analysis was to determine whether the 0.05 percent cyclosporine formulation was effective against a castor oil-only vehicle and not to determine the efficacy of the 0.05 formulation against an 0.1 formulation, which was also tested in the Phase 3 trials and was covered by patent claims issued prior to the asserted Restasis patent claims. So success in the FDA trials was twisted into being no particularly relevant evidence of unexpected results.

Allergan had also asserted objective indicia of nonobviousness including the secondary considerations of Restasis’ commercial success and the long-felt but unmet need for an effective dry eye and keratoconjunctivitis sicca (KCS) treatment. Judge Bryson found that there was no doubt that Restasis was a commercial success, citing to the medication’s $1.2 billion in net sales during 2015 alone. However, “the problem with Allergan’s evidence of both commercial success and long-felt need is that Allergan’s patents have long blocked others from entering the space in the market that is now occupied by Restasis,” Judge Bryson found. Because Allergan had enjoyed patent protection for the topical administration of cyclosporine to the eye going back to 1993, this effectively blocked off that market for Allergan and undermined that company’s secondary considerations argument. This finding came despite acknowledgments from earlier in Judge Bryson’s findings of fact that prior cyclosporine eye treatments marketed by Allergan, such as Refresh Endura, didn’t bring commercial success and that such success came after the introduction of Restasis in 2003.

While the 135 page-long findings of fact entered by Judge Bryson focused on the evidence in the record, an opinion issued by the judge that same day indicates that Judge Bryson may have been personally rankled by Allergan during the course of the Hatch-Waxman litigation in district court. In that 11-page opinion, Judge Bryson took four pages to excoriate Allergan’s patent arbitrage deal with the St. Regis Mohawk Tribe in an attempt to use the tribe’s sovereign immunity to escape validity challenges in inter partes review (IPR) proceedings at the Patent Trial and Appeal Board (PTAB). However, that issue wasn’t one which was before the district court in the Hatch-Waxman litigation and, indeed, Judge Bryson ultimately found that “ those issues do not bear on this Court’s power to hear this case.” For the judge to give that much real estate to issues that didn’t bear on the particular case obviously demonstrates that Judge Bryson had an axe to grind. While Judge Bryon is a respected jurist, it would only be human for such a visceral reaction to something irrelevant to have colored his views of Allergan.

Of course, we will never really know what the Federal Circuit thought about Judge Bryson’s analysis in this case since the Court elected not to tell Allergan or the public what they thought and instead simply affirmed the decision without opinion.

It is one thing to use Rule 36 to dispose of an appeal that should never have been brought relating to an invention of modest or no commercial success. There is still something wrong about striping rights away without the bother of even a non-precedential opinion. But there is something fundamentally arrogant about using Rule 36 to finally strike a fatal blow to a patent covering a blockbuster drug responsible for more than $1.4 billion in annual sales in the United States. And given that the district court judge was Judge Bryson, the lack of an opinion only raises further questions.