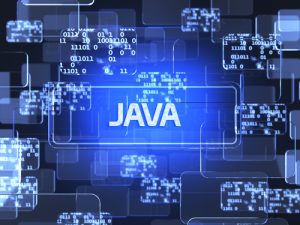 Following a Federal Circuit ruling last March in which Google lost the latest in a nine-year battle with Oracle over Google’s unauthorized use of nine lines of code and 37 packages of Oracle’s Java API packages in its Android operating system, the Internet search engine has once again petitioned the Supreme Court to step in.

The questions Google is asking the Court to address this time are:

In its ruling last year, the Federal Circuit concluded that Google’s use of the Java API packages was not fair as a matter of law. In an earlier decision, the Federal Circuit had already determined that “declaring code and the structure, sequence, and organization (“SSO”) of the Java API packages are entitled to copyright protection.” Oracle Am., Inc. v. Google Inc., 750 F.3d 1339, 1348 (Fed. Cir. 2014). Google appealed that decision to the Supreme Court in 2014, and the High Court asked for the Solicitor General’s views on the matter. The Solicitor General agreed with the Federal Circuit, recommended denial, and the Supreme Court denied the petition.

After Google filed its latest petition on January 24, Kent Walker, the company’s SVP of Global Affairs & Chief Legal Officer, released a statement extolling the virtues of the Android platform. “Our 2008 release of the open-source Android platform changed the game,” Walker said. “It helped developers overcome the challenges of smaller processors, limited memory, and short battery life, while providing innovative features and functionality for smartphone development. The result was a win for everyone.”

Walker went on to say that Google followed “long-accepted” industry practice of “re-using software interfaces, which provide sets of commands that make it easy to implement common functionality,” and that Oracle is “trying to profit by changing the rules of software development after the fact.”

The U.S. Constitution authorized copyrights to “promote the progress of science and useful arts,” not to impede creativity or promote lock-in of software platforms. Leading voices from business, technology, academia, and the nonprofit sector agree and have spoken out about the potentially devastating impacts of this case. – Kent Walker, Google

Oracle’s Executive Vice President and General Counsel Dorian Daley replied via a statement characterizing Google’s petition as “a rehash of arguments that have already been thoughtfully and thoroughly discredited.” She continued:

The fabricated concern about innovation hides Google’s true concern: that it be allowed the unfettered ability to copy the original and valuable work of others as a matter of its own convenience and for substantial financial gain…. Further, the purported ‘chill on innovation’ is a well known myth. Since the initial decision of the Federal Circuit (and agreement of the Solicitor General’s Office) that the Oracle Java code copied by Google was copyright protected, the pace of innovation has only accelerated, spurring job creation and opportunity. Indeed, the sky is not falling on the software industry or technology industry in general. – Dorian Daley, Oracle

Considering the case history, the chances of the Supreme Court granting cert seem low. Commenting on last year’s Federal Circuit ruling, IPWatchdog’s Gene Quinn said that “the 56-page opinion authored by Judge Kathleen O’Malley (and joined by Judges Plager and Taranto), at times reads like a treatise on fair use.”  Quinn added that, since the opinion heavily cited to Supreme Court precedent and the record evidence, it will “make it extraordinarily difficult for Google to successfully convince the Supreme Court to review and ultimately reverse the Federal Circuit’s decision.”