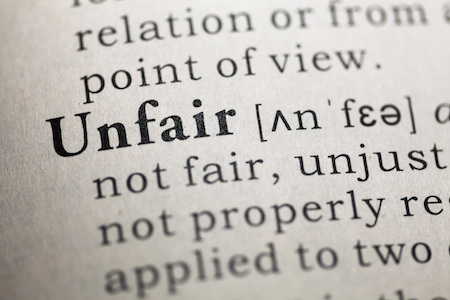 Earlier today, the Federal Circuit issued the latest opinion in a long-standing copyright dispute between tech giants Oracle and Google. See Oracle America, Inc. v. Google LLC. This copyright case returned to the Federal Circuit after a second jury trial, which focused on Google’s fair use defense. In a ruling that is virtually certain to be appealed, the Federal Circuit found Google’s use of Java application programming interface (‘API packages’) not fair as a matter of law, reversing the district court’s decision on the matter. The decision resurrects a multi-billion dollar copyright case brought by Oracle Corp against Google.

If Google does not request en banc rehearing by the full Federal Circuit and does not appeal to the United States Supreme Court, the case will return to the district court for a trial on damages. Having said that, it is worth noting that this 56-page opinion authored by Judge Kathleen O’Malley (and joined by Judges Plager and Taranto, at times reads like a treatise on fair use. There are certainly no obvious errors in the Federal Circuit’s analysis, and the opinion heavily cites to Supreme Court precedent, as well as the record evidence. Indeed, this decision is written in such a way as to likely make it extraordinarily difficult for Google to successfully convince the Supreme Court to review and ultimately reverse the Federal Circuit’s decision.

History of the Dispute

Oracle America initially filed suit against Google in the United States District Court for the Northern District of California, alleging that Google’s unauthorized use of 37 packages of Oracle’s Java API packages in its Android operating system infringed Oracle’s patents and copyrights. At the first trial, the jury found that Google infringed Oracle’s copyrights in the Java Standard Edition platform, but deadlocked on the question of whether Google’s copying was a fair use. The jury found no patent infringement, and the patent claims are not at issue on appeal.

After the jury verdict in the first trial the district court found that the API packages were not copyrightable as a matter of law and entered judgment for Google. Oracle Am., Inc. v. Google Inc., 872 F. Supp. 2d 974 (N.D. Cal. 2012). Oracle appealed that determination to the Federal Circuit, and the Federal Circuit reversed, finding that declaring code and the structure, sequence, and organization (“SSO”) of the Java API packages are entitled to copyright protection. Oracle Am., Inc. v. Google Inc., 750 F.3d 1339, 1348 (Fed. Cir. 2014). The Federal Circuit remanded the matter to the district court with instructions to reinstate the jury’s infringement verdict and for further proceedings on Google’s fair use defense and, if appropriate, on damages. Id. at 1381.

Google subsequently filed a petition for certiorari on the copyrightability determination. The Supreme Court called for the views of the Solicitor General, and the Solicitor General agreed with the Federal Circuit’s ruling, ultimately recommending the Supreme Court deny certiorari. The Supreme Court did, in fact, deny certiorari in 2015. See Google Inc. v. Oracle America, Inc., 135 S.Ct. 2887 (2015). This resulted in the case being returned to the district court for proceedings on Google’s fair use defense, and damages in the event the district court found fair use unavailable to defend Google’s copying.

Oracle then appealed from the district court’s final judgment and its decisions denying Oracle’s motions for JMOL and motion for a new trial. Google cross-appealed from the final judgment in order to preserve argument that the declarations/SSO are not copyrightable. Google did not, however, advance any argument for why the Federal Circuit could or should revisit the copyrightability decision made in the first appeal. Therefore, the Federal Circuit dismissed Google’s cross-appeal.

Copying Java API packages Not a Fair Use

It was undisputed that Google copied Oracle’s declaring code and SSO for the 37 API packages verbatim. Therefore, the question presented was simply whether that verbatim copying constituted a fair use. Because fair use is an affirmative defense to a claim of copyright infringement, it was Google’s burden to prove that the statutory factors weighed in its favor of finding fair use pursuant to 17 U.S.C. 107.

On appeal, Oracle argued that each of the four statutory factors weighed against a finding of fair use. Specifically, it argued that: (1) the purpose and character of Google’s use was purely for commercial purposes; (2) the nature of Oracle’s work is highly creative; (3) Google copied 11,330 more lines of code than necessary to write in a Java language-based program; and (4) Oracle’s customers stopped licensing Java SE and switched to Android because Google provided free access to it.

Factor 1: Purpose and Character of the Use

The purpose and character of the use of the copyrighted work is the first factor that must be considered in a fair use analysis. On this point the Federal Circuit was simply unconvinced that Google’s use of the API packages was “anything other than overwhelmingly commercial”.

Although the Copyright Act does not use the word “transformative,” the Supreme Court has consistently ruled that the first factor in the fair use analysis is for the purpose of determining whether and to what extent the use of the copyrighted work is transformative. The more transformative a work the less significant any of the other factors become. Indeed, a finding that a work is transformative can be nearly dispositive.

After many pages of discussion of what it means to be transformative, the Federal Circuit ultimately concluded:

“Where, as here, the copying is verbatim, for an identical function and purpose, and there are no changes to the expressive content or message, a mere change in format (e.g., from desktop and laptop computers to smartphones and tablets) is insufficient as a matter of law to qualify as a transformative use.”

The final relevant consideration under the first factor is whether the defendant acted in bad faith. “[E]ven assuming the jury was unpersuaded that Google acted in bad faith, the highly commercial and non-transformative nature of the use strongly support the conclusion that the first factor weighs against a finding of fair use,” wrote Judge Kathleen O’Malley for the unanimous Federal Circuit panel.

Accordingly, Google’s non-transformative, commercial use of the Java API packages weighed against a finding of fair use.

Factor 2: Nature of the Copyrighted Work

This second factor in the fair use analysis turns on whether the work is informational or creative, recognizing that certain works are closer to the core of what copyright protection is intended to cover. On this factor the Federal Circuit found the nature of the work, although creative and copyrightable, to be influenced by functional considerations.

“Although it is clear that the 37 API packages at issue involved some level of creativity… reasonable jurors could have concluded that functional considerations were both substantial and important,” wrote Judge O’Malley. “Based on that assumed factual finding, we conclude that factor two favors a finding of fair use.”

Factor 3: Amount and Substantiality of the Portion Used

The third factor to be considered focuses on how much of the work is used, but does so in the context of the copyrighted work, not in the context of the infringing work. Fair use can be denied even if amount taken can be seem relatively de minimus if that which is copied lies at the heart of the copyrighted work. Indeed, in Harper & Row Publishers, Inc. v. Nation Enters., 471 U.S. 539 (1985), the Supreme Court found that 350 words copied from book were too many because they were qualitatively the most valuable (i.e., the reason why President Gerald Ford pardoned President Richard Nixon).

“Even assuming the jury accepted Google’s argument that it copied only a small portion of Java, no reasonable jury could conclude that what was copied was qualitatively insignificant, particularly when the material copied was important to the creation of the Android platform,” wrote Judge O’Malley.

Still, the Federal Circuit found that this factor “arguably weighs against” a finding of fair use, and was, “at best, neutral.”

Factor 4: Effect Upon the Potential Market

Although none of the factors can be viewed in isolation, the Supreme Court has referred to the final factor in the fair use analysis as “undoubtedly the single most important element of fair use.” See Harper & Row, 471 U.S. at 566-67.

“In evaluating the fourth factor, courts consider not only harm to the actual or potential market for the copyrighted work, but also harm to the market for potential derivative uses, including those that creators of original works would in general develop or license others to develop,” wrote Judge O’Malley. “A court can therefore consider the challenged use’s “impact on potential licensing revenues for traditional, reasonable, or likely to be developed markets.”

“Given the record evidence of actual and potential harm, we conclude that “unrestricted and widespread conduct of the sort engaged in by” Google would result in “a substantially adverse impact on the potential market for the original” and its derivatives,” Judge O’Malley wrote. “Accordingly, the fourth factor weighs heavily in favor of Oracle.”

Reaction to the Decision

“This is a hugely important development in the law of copyright and fair use.  If it stands, there are numerous implications,” said J. Michael Keyes is a partner at the international law firm Dorsey & Whitney. “Even copying a small amount of code (a few dozen packets) of a much larger work can’t be considered ‘too small’ to be dismissed. The Court held that no reasonable jury could have considered the copying ‘qualitatively insignificant.’”

“One of the key arguments Google made was that using the API packets for cellphones was ‘transformative’ for purposes of fair use. The appellate court rejected that.  What this means is that simply porting the work (even a small portion of it) to a new platform or medium doesn’t mean you are transforming the underlying work,” Keyes explained.  “The old adage that ‘the medium is the message’ doesn’t necessarily fly in the context of fair use.”

In light of the fact that the Federal Circuit found the most important factor weighing against a finding of fair use (i.e., Factor 4) and similarly found the work to be a non-transformative, commercial use (i.e., Factor 1), the Court had little problem finding Google’s use to fail to qualify as a fair use.

I suspect Google will seek an en banc rehearing by the Federal Circuit, which will be denied. I also expect Google to petition the Supreme Court for a writ of certiorari, which will likewise be denied. Ultimately, with copyrightability and fair use decided, this case will head back to the district court for a damages trial with the sole question being how much money Google owes Oracle America. That sum could be enormous.