PTAB Says Alphabet is No Real Party-in-Interest With Google

“It is time for Director Iancu and the Precedential Opinion Panel to step up to the plate and put the PTAB genie back in the bottle. Declaring what is the real, sensible and correct legal meaning for who is a real party-in-interest should be a layup, and needs to happen soon.” 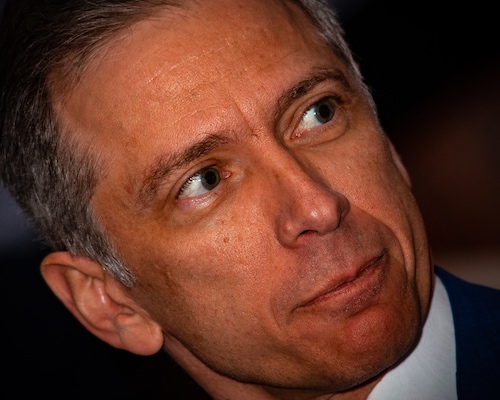 The PTAB Says Alphabet is not a real party-in-interest with Google. With an appeal filed to the Precedential Opinion Panel, what will Director Iancu decide?

Several weeks ago, a panel of the Patent Trial and Appeal Board (PTAB) instituted IPR2018-01047, in which Google LLC challenges U.S. Patent No. 9,516,129, which is owned by SEVEN Networks, LLC. While the institution decision has not yet published in redacted form, we know the PTAB instituted the petition because on December 17, 2018, SEVEN Networks filed a Request for Rehearing by the Precedential Opinion Panel (POP). It seems Google was not required to identify Alphabet Inc. as a real party-in-interest under 35 U.S.C. § 312(a)(2). To make matters worse, a telephonic hearing was held to specifically discuss whether Alphabet needed to be listed as a real party-in-interest, and the PTAB gave Google extra time to comply with § 312(a)(2). Still, at the end of the day, the IPR was instituted and Google was not required to identify Alphabet as a real party-in-interest despite the fact that Google is a completely 100% owned subsidiary of Alphabet.

This PTAB ruling that Alphabet is not a real party-in-interest is emblematic of all that is wrong with the PTAB as an institution, and why the tribunal is hopelessly broken and in need of a complete tear down and rebuild. It is astonishing that anyone, let alone anyone with even basic legal training could ever conclude that the parent company of Google is not a real party-in-interest.

If Google loses this IPR would Alphabet really be allowed to file another IPR against SEVEN Networks because the estoppel provisions of 35 U.S.C. § 315(e) don’t apply since they aren’t a real party-in-interest?

In Applications in Internet Time, LLC v. RPX Corp., 897 F.3d 1336 (Fed. Cir.), Judge O’Malley explained that the PTAB had been engaging in inappropriately shallow consideration of who is a real party-in-interest. O’Malley would return to the Wright & Miller treatise law students first become familiar with during their first year of law school while taking Civil Procedure, explaining the well-established law of what it means to be a real party-in-interest, and concluded: “[T]he focus of the real-party-in-interest inquiry is on the patentability of the claims challenged in the IPR petition, bearing in mind who will benefit from having those claims canceled or invalidated.” Id. At 1348.

“[W]hen it comes to evaluating the relationship between a party bringing a suit and a non-party, the common law seeks to ascertain who, from a ‘practical and equitable’ standpoint, will benefit from the redress that the chosen tribunal might provide,” O’Malley would go on to further explain before vacating the PTAB’s determination that Salesforce was not a real party-in-interest.

Who stands to gain if Google prevails? Well, Google certainly, but so too does Alphabet, which is precisely why Alphabet is a real party-in-interest under any fair and rational interpretation of the law.

Alphabet is Google, Google is Alphabet. Sure, they have different corporate structures for a variety of business and tax reasons, but there can be no doubt that if the test for determining whether an entity is a real party-in-interest is about “who will benefit from having those claims canceled or invalidated”, Alphabet is a real party-in-interest and the PTAB is not just wrong, they are embarrassingly wrong.

USPTO Director Andrei Iancu created the POP in order to bring uniformity to the Patent Office, and to bring uniformity to the PTAB. This will be the first real test of the POP. Who is and who is not a real party-in-interest is a critical question. Now that the U.S. Supreme Court has ruled in SAS Institute v. Iancu, 138 S.Ct. 1348 (2018) that the PTAB must address all claims challenged, estoppel provisions should start to work as intended with claims not found invalid enjoying protection against subsequent challenge. The estoppel provisions apply to the petitioner, any real party-in-interest or those in privy. If Director Iancu wants to reign in an out of control PTAB the POP must overturn this PTAB decision and find that Alphabet is a real party-in-interest.

It is time for Director Iancu and the Precedential Opinion Panel to step up to the plate and put the PTAB genie back in the bottle. Declaring what is the real, sensible and correct legal meaning for who is a real party-in-interest should be a layup, and needs to happen soon.