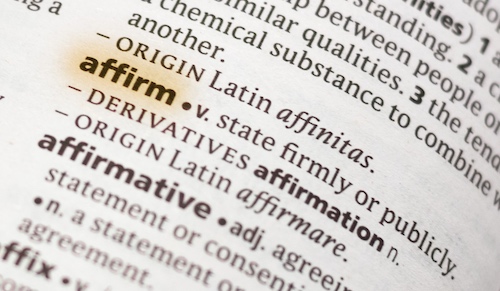 On Monday, December 17th, the Court of Appeals for the Federal Circuit issued a Rule 36 summary judgment in Chart Trading Development, LLC v. Interactive Brokers LLC, affirming the invalidation of patent claims owned by Chart Trading in covered business method (CBM) proceedings instituted at the Patent Trial and Appeal Board (PTAB). In issuing the summary affirmance of the PTAB, the Federal Circuit panel of Circuit Judges Pauline Newman, S. Jay Plager and Kimberly Moore declined the opportunity to comment on Chart Trading’s arguments on the PTAB’s alleged due process violations by changing the construction of a key term in its final written decision.

Chart Trading’s appeal focused on claims of two patents invalidated by the PTAB in the CBM reviews:

Arguing for appellant Chart Trading Development, James Barney, a partner at Finnegan and a well-known and highly regarded appellate advocate, argued that the PTAB committed two procedural violations in determining the claims of the ‘611 patent to be invalid, including the decision to change the construction of the term “interactive graphical representation of a market” in the final written decision on the ‘611 patent claims. Barney argued that changing the construction in the final decision deprived Chart Trading of both notice and an opportunity to respond as required under the Administrative Procedure Act (APA) and that the original construction of the claim term wasn’t disputed by either side during the CBM review on the ‘190 patent claims. Barney argued that this particular error required the PTAB’s decision to be vacated and remanded under the Federal Circuit’s precedent in SAS Institute v. ComplementSoft (2016).

Barney furthered argued that the PTAB employed an erroneous construction of “interactive graphical representation of a market.” Under the Board’s construction, “interactive” only required that a user can take action using the graph which was not the ordinary meaning of “interactive” in the art, which Barney contended meant an exchange of information between a user and the computer, nor did it reflect how the term was used throughout the ‘611 patent. Judge Moore noted that, while interactivity for conducting trades was certainly a focus of the ‘611 patent, the patent’s specification discussed zoom options and date range inputs that could be indicative of interactivity. Barney countered that those functions weren’t covered by the claims and that the graph in and of itself was a trading interface as the PTAB correctly determined in its initial construction of the term.

Barney then moved on to argue against the PTAB’s decision to not accept amended claims submitted for the ‘611 patent, contending that the PTAB’s obviousness analysis improperly shifted the burden of proof onto the patent owner and away from the petitioner. “There are limitations in the amended claims that really were not addressed by the petitioner,” Barney said, giving as an example that the amended claims disclosed a dialog box with buy and sell options that pops up after a user selects a portion of the graph. This amendment showed that the first interaction with the graph was a trading interaction as opposed to prior art showing buy or sell options prior to graph interactions and the petitioners’ expert testimony revealed that it would be “dangerous” to offer a buy or sell option after a trader had already indicated a desire to buy or sell prior to graph interaction.

Arguing for the appellees was Danielle Healey, senior principal at Fish & Richardson, who understandably and predictably said there was no reversible error in the PTAB’s final written decision on the ‘611 patent. “In the 101 analysis, the focus was on whether or not these were just claims that at the end of the day were, ‘I wish I had a system that did this,’ or ‘I wish I had a system that looked like this’ as opposed to the specific implementations that were shown in Enfish, BASCOM, DDR Holdings and CQG,” Healey said. Whereas Barney had argued that the interactive trading graph had no analog in a pre-electronic world, Healey argued that what Chart Trading was claiming as an invention was essentially an analog of how trading has always been accomplished. “People are interacting with the graph, albeit sometimes with a slip of paper, sometimes screaming from a pit, but they’re working off of the graph,” Healey said.

As to Chart Trading’s arguments on the PTAB’s improper shift of the burden of proof, Healey countered that Section 706 of the APA requires a look at the totality of circumstances involved in an agency action and that those circumstances showed nothing that unduly harmed the patent owner as the PTAB’s decision in the ‘611 patent CBM was based on an analysis conducted during the CBM on the ‘190 patent. Judge Newman said that the PTAB struck a “not so happy medium” by finding that the amended claims weren’t patentably distinct from the original claims but Healey contended that the law surrounding the PTAB allows the Board to decide if an amended claim is allowable, not that a patent owner had a right to amend the claim. Healey also argued that Chart Trading’s expert was unsuccessful in an attempt to support secondary indicia of nonobviousness. “It wasn’t that they failed in their burden of proof in putting that in, it was that they failed to put in competent evidence,” Healey said. She argued that, when reading the actual text of the final written decision on the ‘611 patent, there was no misallocation of the burden of proof because the Section 101 invalidity finding should be affirmed.

During a rebuttal period, Barney pushed back against what Healey called “harmless error” under the APA because the amended claims in the ‘611 patent included a number of limitations that weren’t at issue in the ‘190 patent. “It’s not correct that you can simply lift, if you will, the Board’s analysis for the ‘190 patent claims and drop them into the ‘611 amended claims and say, ‘Well, the burden of proof was satisfied there’ because there’s a bunch of limitations that weren’t addressed.” Barney said. While Barney argued that the burden was clearly misapplied in the 103 analysis, he conceded that the burden of proof was more ambiguous in the 101 analysis but reiterated that Chart Trading should have an opportunity to address the PTAB’s change in claim construction under the ComplementSoft standard.

The failure of petitioners to address each and every limitation is a frequent and concerning theme in PTAB appeals brought to the Federal Circuit, particularly so in this case where the PTAB has shifted the burden and moved the goal posts in the final written decision. Perhaps the panel of Newman, Plager and Moore disagreed and thought the definition given for the government franchise did not change in the final written decision, but we will never know because the decision simply says: “Affirmed.”

It is equally disappointing that an oral argument that spent so much time addressing the Administrative Procedures Act, and dealing with a case that so directly queues up the question about a direct and clear violation of the APA, would result in a Rule 36 summary affirmance without an opinion.

Finally, it is extremely disappointing that our written treatment of these important issues here on IPWatchdog far exceeds the treatment the Federal Circuit gave to these important issues. Would it have been that difficult or time consuming to draft an opinion that was at least a few pages long? No. Would it have taken much time to cut and paste and edit together a statement of the facts of the case, and then quote from the oral arguments as we did here? No. This is why Rule 36 is so offensive.

We are told that the Federal Circuit spends 90% of the time it regularly spends on a case even when using Rule 36. That is simply not believable. Rule 36 is a docket management tool. Its use is causing the Federal Circuit to punt critically important issues, allowing them to go unaddressed, including in areas of law where there is little to no development.