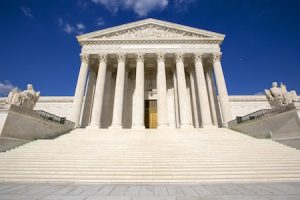 On Friday, October 26th, the U.S. Supreme Court granted a writ of certiorari to take up Return Mail Inc. v. United States Postal Service on appeal from the Court of Appeals for the Federal Circuit. The case will ask the highest court in the nation to determine whether the federal government is a person who may petition the Patent Trial and Appeal Board (PTAB) to institute patent validity review proceedings under the terms of the Leahy-Smith America Invents Act (AIA).

Return Mail, the owner of a patent covering a method of processing mail items that are undeliverable due to an inaccurate or obsolete address for the intended recipient, appealed this case after the Federal Circuit issued a decision last August which affirmed a decision by the PTAB that the patent was directed to ineligible subject matter under 35 U.S.C. § 101 and that the U.S. government was not statutorily barred from petitioning for the review proceeding. The Federal Circuit concluded that Return Mail had sued the U.S. Postal Service for patent infringement within the meaning of AIA § 18(a)(1)(B), the statute governing which parties may file a petition for covered business method (CBM) review of a patent at the PTAB, when Return Mail sued the USPS in the Court of Federal Claims under 28 U.S.C. § 1498(a).

In its petition for certiorari filed with the Supreme Court, Return Mail argued that the Federal Circuit ruling conflicts with both controlling precedent and improperly expanded the scope of AIA reviews. The AIA only allows a “person” to file a petition with the PTAB to conduct an AIA validity trial and Return Mail argued that the PTAB and Federal Circuit turned Supreme Court precedent “on its head” when allowing the government to be considered as a person, citing to previous SCOTUS decisions in Vermont Agency of Natural Resources v. United States ex rel. Stevens (2000) and United States v. United Mine Workers of America (1947). Further, there’s no definition of the word “person” in the AIA which reflects any Congressional intent that the federal government should be considered a person under the text of that law. Return Mail also cites to the Supreme Court’s 1991 decision in International Primate Protection League v. Administrators, Tulane Educational Fund to note that the Court has previously said that courts should be reluctant to read “person” as meaning the sovereign where such a reading is “decidedly awkward.”

The USPS filed a reply brief in early September in response to Return Mail’s petition for writ where it argued that Circuit Judge Pauline Newman’s dissent in the Federal Circuit decision was the first time that the view was raised regarding the government not being a “person” for the purposes of petitioning for CBM review. The USPS stated that Return Mail didn’t raise the issue before either the PTAB or the Federal Circuit in a way that merited review. Citing to SCOTUS decisions in Pfizer Inc. v. Government of India (1978) and Georgia v. Evans (1942), the USPS argued that the Supreme Court has in the past rejected “mechanical rules” which exclude the federal government under the definition of “person.” The USPS also contended that the statutory context around the AIA, including the ability of federal agencies to file for patents under 35 U.S.C. § 207(a)(1), indicates that the term “person” should be construed to include the government.

On September 27th, Return Mail filed its own response to the brief filed by the USPS where it argued that the case merited review because the issue of whether the government should be considered a person for the purposes of AIA reviews poses an important question about the scope of post issuance reviews. Return Mail notes that this is a question that keeps recurring because federal agencies being sued for infringement in the Court of Federal Claims have increasingly responded to those suits by filing petitions invoking the jurisdiction of the PTAB. To counter the USPS argument about not raising the issue of the government being a “person” before the PTAB or the Federal Circuit, Return Mail noted that the issue was raised and decided by the Federal Circuit itself, thus satisfying the rule from SCOTUS’ 1992 decision in United States v. Williams, which established that the the Supreme Court has broad discretion to take up issues been passed upon by lower courts.