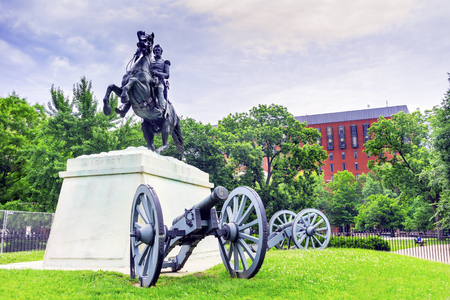 The United States Court of Appeals for the Federal Circuit recently issued a ruling affirming a district court’s finding that certain pharmaceutical patent claims owned by Acorda were invalid due to obviousness over the prior art.  The patents’ claims covered a species of a genus taught by the prior art.  The invalidity determination hinged on (1) whether claiming the same concentrations as the prior art, but for a different indication would be obvious to a person having skill in the art; and (2) whether secondary considerations such as solving a long-felt need demonstrated nonobviousness. Acorda Therapeutics, Inc. v. Roxane Laboratories Inc., No. 2017-2078, 2017-2134, 2018 U.S. App. LEXIS 25536 (Fed. Cir. Sep. 10, 2018) (Before Newman, Dyk, and Taranto) (Opinion for the court, Taranto, J.).

Regarding Acorda’s motivation to combine and expectation of success argument, Acorda argued the prior art reference, Schwid, taught away from the claimed invention because it disclosed a 17.5 mg sustained-release 4-AP twice-daily dosage as opposed to the claimed 10 mg dosage. The Court dismissed this argument because “nothing in Schwid declar[ed] that doses lower than 17.5 mg twice-daily would not be effective.”  Further, because Schwid warned against only higher doses because of the risk of seizure, the Court found that a POSA would be motivated to apply lower doses, like those in the asserted claims. Acorda also argued the prior art taught a sustained-release 4-AP in a titrated-dosing regimen rather than the claimed stable-dosing regimen of the Acorda patents. The Court rejected this argument by pointing to expert testimony that stable dosing is easier to administer and the general goal of drug development, which support the district court’s findings of a motivation to combine and a reasonable expectation of success.

Regarding Acorda’s argument on the inherency of the PK limitations, Acorda challenged the district court’s findings that the prior art taught that administering the claimed dosages would necessarily result in serum levels within the range claimed in the Acorda patents. On appeal, Acorda argued that a POSA would expect that the PK profiles would differ between a patient with a spina cord injury (the subject of the prior art) and patients with multiple sclerosis (the subject of the Acorda patents). The Federal Circuit, however, rejected this argument because Acorda could cite to no evidence supporting it, and in fact, this argument was inconsistent with both its and the defendants’ experts’ testimony during trial. Acorda also argued that even if the claimed PK profile inherently results from administering the claimed dosage levels, a POSA would not have known whether the “formulation” in the prior art would have produced the same PK profile as the “formulation” claimed in the Acorda patents. The Federal Circuit also rejected this argument because it to was inconsistent with Acorda’s previous statement to the district court that the claimed PK profiles would result upon administration of the claimed dosage levels regardless of the specifics of the rest of the formulation.

Regarding Acorda’s secondary considerations argument, Acorda argued the district court erred in adopting a categorical rule that the presence of a blocking patent negates all objective indicia of nonobviousness. The majority opinion began its analysis by providing background on the effect of a blocking patent in evaluating secondary considerations:

“A patent has been called a ‘blocking patent’ where practice of a later invention would infringe the earlier patent. The existence of such a blocking patent may deter non-owners and non-licensees from investing the resources needed to make, develop, and market such a later, ‘blocked’ invention, because of the risk of infringement liability and associated monetary or injunctive remedies. If the later invention is eventually patented by an owner or licensee of the blocking patent, that potential deterrent effect is relevant to understanding why others had not made, developed, or marketed that ‘blocked’ invention and, hence, to evaluating objective indicia of the obviousness of the later patent.”

The Court then analyzed three recent cases involving blocking patents and concluded that the cases:

For such reasons, it is clear that, if all other variables are held constant, a blocking patent diminishes possible rewards from a non-owner’s or non-licensee’s investment activity aimed at an invention whose commercial exploitation would be infringing, therefore reducing incentives for innovations in the blocked space by non-owners and nonlicensees of the blocking patent. Such a blocking patent therefore can be evidence that can discount the significance of evidence that nobody but the blocking patent’s owners or licensees arrived at, developed, and marketed the invention covered by the later patent at issue in litigation. But the magnitude of the diminution in incentive in any context—in particular, whether it was great enough to have actually deterred activity that otherwise would have occurred—is “a fact-specific inquiry.”

The Court then addressed Acorda’s specific arguments that the blocking patent would not have deterred others from developing a drug like Ampyra. First, Acorda argued that the Elan patent wouldn’t have blocked sales outside the U.S. Though the Court acknowledged this fact was “relevant,” “it is not shown to be weighty in this case by any concrete evidence.” Second, Acorda argued the safe harbor provision of 35 U.S.C. §271(e)(1) protects potential innovators from practicing the Elan patent to develop and submit information to the FDA. The Court rejected this argument because the safe harbor “does not eliminate infringement liability for the eventual reward-collecting activity of generally marketing the product.” Finally, the Court found no clear error in the district court rejecting Acorda’s argument on long-felt need and failure of others.

As a result, the Court affirmed the district court’s finding that the asserted claims of the Acorda patents are invalid.

Judge Newman pointed to the decades of failures to create Ampyra.  In her view, the Court improperly weighed the existence of the blocking patent against the decades of testing to create a sufficient multiple sclerosis medication. Judge Newman noted that because a statutory safe harbor for research on patented subject matter exists, a blocking patent did not deter research.  Further, she considered the loss to the public who may not receive future medication because this ruling may deter pharmaceutical companies from investing years of research on an improvement that could be held invalid because of a blocking patent.

Strong objective indicia of nonobviousness, such as solving a long-felt need, may be insufficient to prove nonobviousness when a blocking patent deters others from an improvement.