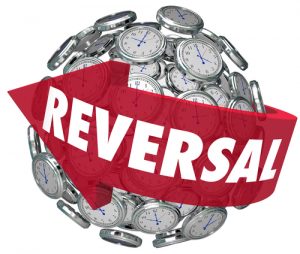 On Wednesday, July 25th, the Court of Appeals for the Federal Circuit issued a precedential opinion in Trustees of Boston University v. Everlight Electronics Co., reversing a lower court’s denial of a motion for judgment as a matter of law (JMOL) that challenged the validity of the asserted patent. The Federal Circuit panel of Chief Judge Sharon Prost and Circuit Judges Kimberly Moore and Jimmie Reyna found that the asserted claim targeted in the JMOL motion wasn’t enabled as a matter of law. 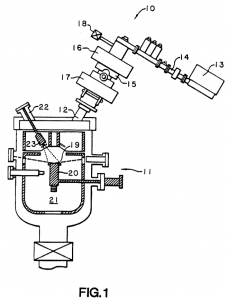 The patent at issue in this case is U.S. Patent No. 5686738, titled Highly Insulating Monocrystalline Gallium Nitride Thin Films. Issued in November 1997, it claimed a semiconductor device having a substrate, a non-single crystalline buffer layer comprised essentially of gallium nitride (GaN) and grown on the substrate, and then a first growth layer comprised of GaN and a first dopant material which are grown on the buffer layer. The resulting invention addressed issues in the development of monocrystalline GaN films, which have particularly useful electrical and optical properties to serve as light-emitting diodes (LEDs) but tended to become unintentionally doped with nitrogen vacancies during the growth process.

Boston University asserted the ‘738 patent against a series of defendants including Everlight, Epistar Corporation and Lite-On Inc. in three cases filed in 2012 in the District of Massachusetts. A jury trial resulted in findings that the defendants infringed upon the ‘738 patent and that they failed to prove that the patent was invalid. Defendants then moved for JMOL on the invalidity issue and appealed to the Federal Circuit when that motion was denied.

The defendants’ motion for JMOL argued that the asserted claim of the ‘738 patent was invalid on 35 U.S.C. § 112 grounds for lack of enablement, noting that the patent doesn’t teach how to grow a monocrystalline layer directly on the amorphous buffer layer without intervening layers. Although the lower court assented that it wasn’t clear that the ‘738 patent taught this permutation, a reasonable jury could determine that the defendants failed to show invalidity even if the patent had to teach growing the GaN growth layer directly on the buffer layer.

In its opinion, the Federal Circuit panel noted that expert testimony provided by the defendants showed that it was physically impossible to grow a monocrystalline film directly on an amorphous structure through epitaxy, a fabrication process for semiconductors in which molecules of a semiconductor material are deposited on a substrate. Boston University’s own expert agreed with the defendants’ expert on this point. “We can safely conclude that the specification does not enable what the experts agree is physically impossible,” the Federal Circuit found.

Boston University argued that the ‘738 patent does not teach epitaxy as the depositing of a crystalline layer on top of an amorphous structure is not itself epitaxy. “But this semantic argument does not help us determine where the specification teaches growing a monocrystalline layer directly on an amorphous layer—if not by ‘epitaxy,’ by any other name,” the Federal Circuit found. Boston University offered testimony on successful attempts to grow monocrystalline layers on an amorphous buffer layer but the appellate court found that this testimony was not proof that the patent’s specification taught the enablement of these techniques. Although there was no dispute that the ‘738 patent taught five of the six fabrication processes, this wasn’t sufficient to prove validity of the asserted claim based on court precedent that the specification had to enable the full scope of the claim.

“In sum, Defendants showed that epitaxially growing a monocrystalline layer directly on an amorphous layer would have required undue experimentation—indeed, that it is impossible,” the Federal Circuit found. The appellate court also found that Boston University created its own enablement problem by seeking a construction for “a non-single crystalline buffer layer” which included a purely amorphous layer. Along with reversing the district court’s denial of JMOL, the Federal Circuit dismissed-as-moot Boston University’s cross-appeal of the district court’s denial of attorney’s fees and enhanced damages.