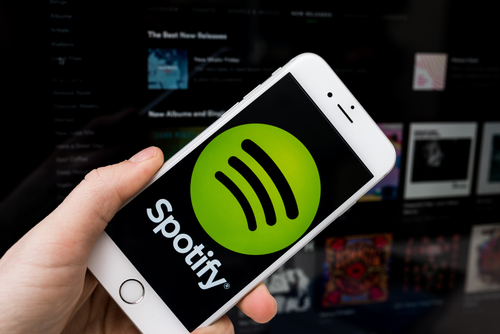 On March 9th, patent owner MOAEC Technologies filed suits alleging claims of patent infringement in the District of Delaware against a series of music entertainment app providers including Spotify, SoundCloud and Deezer. The suits claim that music services offered by all three defendants infringe upon a patent covering a music library collection technology invented by the founder of MOAEC.

At issue in all three suits is U.S. Patent No. 6232539, titled Music Organizer and Entertainment Center, which issued in May 2001 and lists Brian Looney as lead inventor. It covers a music organizer and entertainment center (MOAEC) which includes a storage device for storing compressed data defining a plurality of individual music selections and associated category flags; a processor retrieving selections and associated category flags from the storage device based upon user selections; a data decompressor translating compressed data into playable digital music data; a network interface receiving the compressed data from a remote source over a network for download into the storage device; and a graphical user interface display having a plurality of selectable screens, at least one of the screens having a plurality of category buttons which can be activated to display a list of music selections having category flags matching a button’s predetermined category. The resulting invention addressed shortcomings in compact music disc storage formats by taking advantage of the latest advances in music data compression, storage and data processing capabilities at that time.

As each of the three lawsuits filed by MOAEC notes, lead inventor Looney had been an apprentice DJ to a family friend since the 1980s. Looney then worked as a DJ after assembling his own music library but he “needed a way to access any music on hand, instantly, after being provided only a minimum of helpful information.” Further, he needed a music library which was capable of adapting to changing formats for digital music files throughout the ‘80s and ‘90s. The MOAEC developed by Looney and disclosed by the ‘539 patent was capable of organizing a music collection accessible via a touch screen with instant results and enabling users to create playlists based on mood, beats-per-minute and other categories. Between 2001 and 2007, when the inventors assigned the ‘539 patent to a successor company which eventually became MOAEC Technologies, Looney sold MOAEC units to customers in 43 states and nine countries.

MOAEC’s suits also include language in an apparent attempt to preempt any patent validity challenges under 35 U.S.C. § 101, the basic statute governing the patentability of inventions, under the Alice/Mayo framework. “The claims of the ‘539 patent recite an invention that is not merely the routine or conventional use of electronic devices for music playback,” the complaint reads. MOAEC notes that the invention added new features for content delivery and the integration of application interfaces. The plaintiff argues that each claim of the patent recites a combination of elements which, in practice, amount to “significantly more than a patent on an ineligible concept.”

This language is relevant because of a recent ruling by the United States Court of Appeals for the Federal Circuit in Aatrix Software, Inc. v. Green Shades Software, Inc. The Federal Circuit, in a decision authored by Judge Kimberly Moore, ruled that factual allegations in a complaint must be taken in a light most favorable to the patent owner, including facts properly asserted relating to the existence of an improvement over existing technologies, which is specifically relevant under the Alice/Mayo framework.

“The Aatrix ruling is significant because when deciding a motion to dismiss all factual allegations made by the plaintiff (i.e., the patent owner) in the complaint are supposed to be taken as true,” explained patent attorney Gene Quinn. “The Federal Circuit has not always seemed to apply basic, fundamental procedural rules when reviewing cases dismissed for lack of patent eligibility on a motion to dismiss. Returning patent litigation to the status quo required by the Federal Rules of Civil Procedure will make it much more difficult for defendants to prevail on motions to dismiss if complaints are properly worded.”

Whether this specific language incorporated into the MOAEC complaints will be sufficient to overcome a motion to dismiss remains to be seen.

Each of MOAEC’s lawsuits also includes one count for direct infringement of various claims of the ‘539 patent which cover music playback systems including a graphical user interface for making music selections and then downloading compressed music data for playback. MOAEC, which made each defendant aware of the ‘539 patent back in October 2016, is seeking trebled damages for willful infringement under 35 U.S.C. § 284.