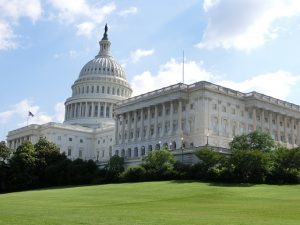 The STRONGER Patents Act was designed to “strengthen the United States’ crippled patent system” by restoring patents as property rights, making court standards uniform and giving startups a better chance to protect their property from entities with much greater resources while also stemming abusive demand letters sent in bad faith.

The STRONGER Patents Act, in its current draft, finds that the most recent comprehensive reforms to the U.S. patent system, the America Invents Act (AIA) enacted in 2011, resulted in unintended consequences which have damaged the ability of patent owners to protect their patents from infringement. These consequences include the filing of post-grant review proceedings at the Patent Trial and Appeal Board (PTAB) to depress stock prices and extort settlements, the filing of repetitive petitions for PTAB trials which are harassing to patent owners and the unnecessary duplication of work by U.S. district courts and the PTAB. Additionally, changes made by the Judicial Conference of the United States in the Federal Rules of Civil Procedure regarding pleading and discovery, as well as recent case decisions by the U.S. Supreme Court involving fee shifting and the recovery of attorney’s fees in patent cases, have further weakened the property rights of legitimate patent owners.

In a telephone interview, Rep. Stivers noted that, while the AIA was intended as legislation that would make the patent system more efficient, the resulting differences in standards between the PTAB and the district courts have led to a large number of appeals from the PTAB. “Instead of living up to its billing as being more efficient and quicker, the PTAB has become just another stop which is more complicated, more expensive and exactly the opposite of what it was intended to do,” Stivers said. Although he noted that he was not an advocate of getting rid of the IPR process entirely, Stivers felt that the PTAB had to use the same standards of evidence used by district courts. “If that happens, then the PTAB can live up to the potential that it was sold on and you can get the same ruling no matter where you go,” Stivers said. He also added that the bill would restore injunctive relief to patent owners which should help curb “efficient infringement” and encourage infringers to properly license technologies.

Most of the STRONGER Patents Act deals with both inter partes review (IPR) and post-grant review (PGR) proceedings used to challenge patent validity at the PTAB. The bill would alter claim construction for both IPRs and PGRs, requiring claims to be construed by their ordinary and customary meaning as they would be in a 35 U.S.C. § 282(b) action to argue invalidity in district court. The Patent Office would also be ordered to consider previous claim constructions issued by a district court as well as the patent’s prosecution history. The bill also heightens standing requirements for PTAB petitions, prohibiting parties from filing petitions to initiate trials unless they show a reasonable likelihood of sued for infringement of the challenged patent or if they can demonstrate a competitive harm related to the patent’s validity. Decisions to deny institution of either IPRs or PGRs would not be appealable to the Court of Appeals for the Federal Circuit. IPR or PGR trials may not be instituted if validity of the challenged claims has already been decided by district courts or in a U.S. International Trade Commission (ITC) proceeding on either 35 U.S.C. § 102 grounds for novelty or 35 U.S.C. § 103 grounds for obviousness. The bill would also introduce new language on amendment practice for both IPRs and PGRs which would allow patent owners to propose a reasonable number of substitute claims which would then be subject to an expedited patentability report from a patent examiner.

Title I of the STRONGER Patents Act continues with a provision on the composition of administrative patent judge (APJ) panels in IPR and PGR proceedings, which would prohibit APJs deciding to institute a review from actually hearing the review on the merits. Other Title I provisions increase opportunities to request patent reexamination while barring requests for ex parte reexams filed more than one year after the petitioner has been served with a patent infringement complaint; improve the ability of district courts to issue injunctions after findings of patent infringement; eliminate the diversion of U.S. Patent and Trademark Office fees; extends micro-entity status to institutions of higher education; and directs the Small Business Administration to produce a report on the impact of both patent ownership and patent infringement allegations on small businesses.

Title II of the bill is titled Targeting Rogue and Opaque Letters and closely follows the language of the TROL Act of 2015. Provisions of this part of the bill define demand letters which are sent by patent owners in bad faith, including when the letter sender has no right to pursue civil action or otherwise makes misleading statements about the infringement allegations; empower the Federal Trade Commission (FTC) to enforce against bad faith demand letters as an unfair or deceptive act violation; and preempts any state law which expressly governs the transmission or contents of communications related to the assertion of patent rights

“This is gaining steam among colleagues,” Rep. Stivers said. “Even people who have been on the other side of this understand that they’ve let the patent system slip in an unintended way.” Stivers cited the recent rankings handed out by the U.S. Chamber of Commerce in its annual IP Index which show how, after being the top-ranked patent system in the world for generations, the United States’ patent system has quickly fallen to 12th, tied with Italy, over the course of two years. “Historically, since Edison and even before, we have had the best ideas and intellectual property system in the world,” Stivers said. “Those things together created the world’s greatest economy. If we don’t have a strong IP system, it will hurt our economy.” While Stivers doesn’t serve on the House Judiciary Committee, which will likely have a hand in crafting the final bill, he has met with members of that committee regarding the STRONGER Patents Act.

In response to the introduction of the STRONGER Patents Act, Brian Pomper, Executive Director of the Innovation Alliance, a coalition of research and development-based tech companies, issued the following statement:

“The Innovation Alliance commends Representatives Stivers and Foster for introducing the bipartisan STRONGER Patents Act in the House of Representatives. This comprehensive legislation is the smart policy we need to reverse the alarming decline of the U.S. patent system and innovation economy we have seen in recent years.

A decade of harmful congressional actions and court decisions have weakened American patent rights, abandoned small inventors and undermined U.S. innovation. And as the U.S. has curtailed patent protections, foreign competitors, including China, have strengthened theirs.

The warning signs are everywhere. In 2018, the U.S. fell to 12th place in the U.S. Chamber of Commerce’s international ranking of patent system strength, falling behind countries such as South Korea and Spain. The U.S. also fell out of the top 10 of Bloomberg’s international innovation index for the first time ever. Meanwhile, startup activity in the U.S. has slumped and venture capital investment has increasingly moved overseas.

The STRONGER Patents Act says ‘enough is enough’ and ensures that patent rights are protected as a fundamental underpinning of our innovation economy. Like its companion bill in the Senate, the STRONGER Patents Act treats patents like any other property and permits injunctions to protect patent owners against infringement during and after court cases. It ensures fairness in Patent Office administrative proceedings, limiting repetitive and harassing challenges against inventors. And it ends the diversion of patent application fees to other government spending, ensuring the Patent Office has the funding it needs to grant high-quality patents without harmful delay.

This legislation will help ensure that our patent system continues to serve as an engine for U.S. economic growth and job creation. The Innovation Alliance urges the House and the Senate to pass the STRONGER Patents Act and restore the U.S. to its position as the global leader in innovation.”

Support of the STRONGER Patents Act was also proffered by William J. Merritt, president and CEO of the mobile tech R&D company InterDigital:

“The bipartisan effort to introduce the STRONGER Patents Act marks an important step forward for technological innovation in the U.S. Just a few weeks ago, the U.S. Chamber of Commerce released a new study finding that the U.S. patent system continues to lag, falling to 12th, whereas a few years ago the U.S. routinely ranked first. This new legislation will help reverse the downward trend by offering strong protections for the research and intellectual investments of U.S. scientists and engineers. Both Congressmen Stivers and Foster recognize the importance of U.S. innovation, and they are proof that Washington can still work together on common sense policy that boosts our economy.”