Aatrix Software v. Green Shades Software: Pleading must be taken as true on 101 motion to dismiss 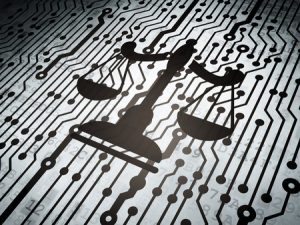 On Wednesday, February 14th, the Court of Appeals for the Federal Circuit issued a decision in Aatrix Software, Inc. v. Green Shades Software, Inc. which found that the district court deciding the case erred in applying the Alice two-step validity test before the plaintiff had an opportunity to present allegations which would have materially affected the application of the Alice test.

Aatrix appealed the case from the Middle District of Florida after that court invalidated the following patents under Federal Rule of Civil Procedure 12(b)(6):

Aatrix first filed suit alleging patent infringement claims against Greenshades in February 2015, originally only asserting the ‘615 patent. In May 2015, Aatrix filed an amended complaint which included allegations of infringing the ‘393 patent as well; Aatrix’s first complaint was filed the month before the ‘393 patent was issued by the U.S. Patent and Trademark Office. Aatrix’s patent infringement allegations targeted both the Tax Filing Center and Payroll Tax Service software packages sold and licensed by Greenshades.

In July 2015, defendant Greenshades filed a motion to dismiss the amended complaint pursuant to Rule 12(b)(6), in which a case may be dismissed by a court for a plaintiff’s failure to state a claim upon which relief can be granted. Greenshades argued that both the ‘615 and the ‘393 patents were directed to patent-ineligible subject matter under 35 U.S.C. § 101, the statute governing basic patentability for inventions. Because patentability under Section 101 is a threshold legal issue, Greenshades argued, the court should address patentability at the onset of litigation.

In August 2015, Greenshades filed a motion to stay discovery until the court ruled on the motion to dismiss for Section 101 invalidity. Greenshades argued that, “even when construed in a manner most favorable to the Plaintiff,” the claims of the asserted patents were “really just the application of a generic computer and a generic network to a fundamental human activity: filing tax forms by hand… and then filing those tax forms with the appropriate agency.” A court order issued in March 2016 by U.S. District Judge Harvey Schlesinger granted Greenshades motion to dismiss the amended complaint. Judge Schlesinger found that Federal Circuit precedent set by 2013’s Accenture Global Services v. Guidewire Software allowed the court to answer the issue of Section 101 patent eligibility as a matter of law at the pleading stage.

On appeal, the Federal Circuit vacated the decision of the Middle Florida district court to grant Greenshades motion to dismiss on the Section 101 patent eligibility issue. The appellate court also reversed the district court’s denial of a motion by plaintiff Aatrix for leave to file a second amended complaint. The panel majority of Circuit Judges Richard Taranto and Kimberly Moore, who penned the opinion, acknowledged that the Federal Circuit has held that patent eligibility can be determined at the Rule 12(b)(6) stage. However, the lower court granted the Rule 12(b)(6) motion prior to claim construction “in the face of factual allegations, spelled out in the proposed second amended complaint, that, if accepted as true, established that the claimed combination contains inventive concepts and improves the workings of the computer.”

“The Aatrix ruling is significant because when deciding a motion to dismiss all factual allegations made by the plaintiff (i.e., the patent owner) in the complaint are supposed to be taken as true,” explained patent attorney Gene Quinn. “The Federal Circuit has not always seemed to apply basic, fundamental procedural rules when reviewing cases dismissed for lack of patent eligibility on a motion to dismiss. Returning patent litigation to the status quo required by the Federal Rules of Civil Procedure will make it much more difficult for defendants to prevail on motions to dismiss if complaints are properly worded.”

Although a district court may deny a motion to amend on grounds of undue delay or futility of the amendment, the district court gave no reason for the denial and Greenshade’s argument on appeal was simply that the argument was futile because the patent claims are invalid on their face. Allegations included in the second amended complaint filed by Aatrix in April 2016 raised factual disputes underlying the lower court’s Section 101 analysis, such as whether the claim term “data file” constitutes an inventive concept alone or in combination with other elements. “Here, allowing Aatrix to file the proposed amended complaint, which alleges facts directed to the inventive concepts in its claimed invention, would not be futile,” the Federal Circuit opinion reads. The ability to retrieve data from user applications to insert into a form was an improvement to the prior art computer technology itself and not simply “directed to generic components performing conventional activities.” The Federal Circuit remanded the case back to the district court to resolve claim construction but noted that “nothing in this opinion should be viewed as going beyond the Rule 12(b)(6) stage.”

Dissenting in part from the majority opinion was Circuit Judge Jimmie Reyna, who agreed with the majority’s decision to vacate the ruling and remand proceedings to the district court on the motion to dismiss. However, Judge Reyna disagreed with the majority on the role of factual evidence in a Section 101 inquiry and felt that the court should have only decided on the issue of Aatrix’s leave to file a second amended complaint. “The problem is that the 12(b)(6) procedure is converted into a full blown factual inquiry on the level of § 102, § 103, and § 112 inquiries,” Judge Reyna writes. “Despite the majority’s attempt to cabin its opinion to 12(b)(6), I see little to prevent argument that these notions extend also to summary judgment proceedings.” Reyna also notes that the new allegations and evidence discussed by the majority were not presented at the district court. “As an appellate court, we should not pass judgment on matters not addressed by the district court,” he writes.

Prior to the Federal Circuit’s decision in Aatrix, the Court had already extended the ruling to cover summary judgment proceedings.  In Berkheimer v. HP Inc., (Fed. Cir. Feb. 8, 2018), which stands for the proposition that questions of fact can and do underline patent eligibility determinations. See Federal Circuit says patent eligibility a factual determination inappropriate for summary judgment.