Disney Slams Characters for Hire for Tarnishing the Disney Image 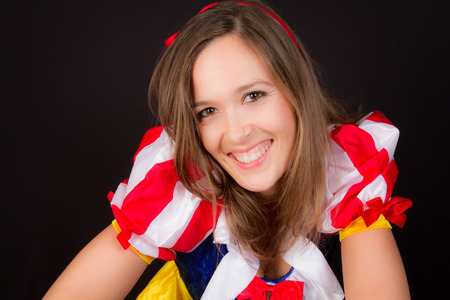 On October 13th, Characters for Hire, LLC, filed a motion for summary judgment asking the court to find in favor of defendant costume company Characters for Hire on claims made in a copyright and trademark case filed by subsidiaries owned by The Walt Disney Company. The motion filed coincides with news that the entertainment company, which offers live performer rentals of characters based on Disney, Marvel or LucasFilm properties, plans on fighting Disney’s claims of infringement in the case.

The first complaint was filed on March 30, 2016. Then later that year in November, the parties filed motions for summary judgment. Now, Disney, Marvel and LucasFilm are asking the Court to hold as a matter of law that Characters for Hire infringed their trademark and copyright rights and did so willfully. Meanwhile, Characters for Hire is asking the Court to hold that it does infringe Plaintiffs’ trademarks and copyrights as a matter of law. After Disney filed its first complaint against Characters for Hire on March 30th, Disney amended that complaint twice – on June 24, 2016 and July 10, 2017. The Second Amended Complaint contains more detail about the Plaintiffs’ trademark and copyright registrations and about Character for Hire’s infringing conduct.

Jennifer B. Furey, director with Goulston & Storrs PC, sat down with IPWatchdog to discuss this case. As a Director in and Co-Chair of the firm’s Litigation Group, she represents individuals and businesses with intellectual property matters concerning utility and design patents, trademarks, trade dress, trade secrets, false advertising and copyrights, and with high-stakes class action employment litigation matters.

“Elsa and Anna from Frozen were displayed on website videos and Facebook images and their characters performed at two corporate events and twelve birthday parties.  Similarly, LucasFilms asserts that Star Wars characters were shown on Character for Hire’s website and other social media outlets and appeared at 51 birthday parties.

One of the interesting theories posed by the case is Character for Hire’s claimed right to use Disney characters, which derive from Norse mythology or centuries-old fairy tales, said Furey. In its response to Disney’s motion for summary judgment, Characters for Hire argues that many of the Plaintiffs’ copyrights are based on prior works that have been in the public domain for hundreds of years such as Cinderella, Snow White, Rapunzel, Sleeping Beauty, Aladdin, Princess Aurora, Beauty and the Beast, the Little Mermaid, Thor and Loki.

“It will be interesting to see how the Court delineates between established fairy tale characters and the original expression added to them by Disney,” she said.

Over the years, Disney fairy tale movies have strayed farther from the original fairy tales upon which they are based. For example, Disney’s films Cinderella and Snow White were very close to the original material, while Frozen and The Princess and the Frog are only loosely based on the original stories long in the public domain.

“This trend may represent an intentional strategy by Disney to further strengthen its intellectual property rights in the films’ characters to better protect the merchandising revenues derived from the films,” explained Furey. “Disney’s unique depiction of the character provides the original expression necessary to seek copyright and even trade dress protection.”

Another interesting theory is Character for Hire’s argument that costumes, as useful articles, are not subject to copyright protection, according to Furey. It is well established that original two dimensional artistic designs of characters, including their costume, are copyrightable as artistic expressions. So, simply copying the designs into costumes does not necessarily circumvent copyright protections. This year’s Supreme Court decision in Star Athletic, LLC v. Varsity Brands, Inc. held that, while an article of clothing may comprise a useful article that is not copyrightable, such article (in that case, cheerleader uniforms) may be the subject of copyright protection if the artistic features of the design could be perceived as a two or three-dimensional work of art separate from the article.

“One may argue, for example, that the design of Belle’s dress from the iconic ballroom scene in Disney’s Beauty and the Beast film is its own copyrightable expression that is recognized as the dress designed for and worn by Disney’s original depiction of the fabled character,” she explained.