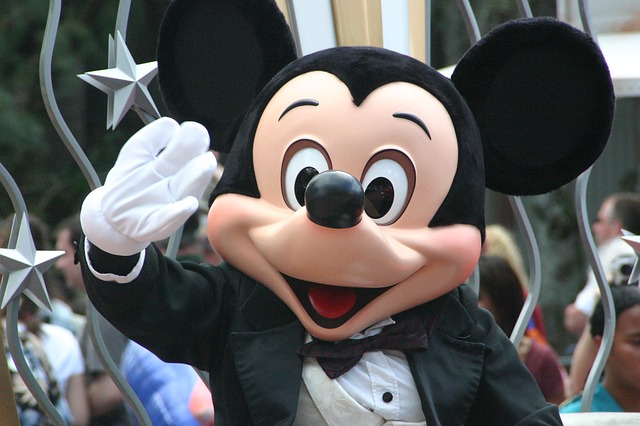 On October 13th, New York City-based live entertainment company Characters for Hire, LLC, filed a motion for summary judgment in the Southern District of New York. The motion asks the court to find in favor of defendant Characters for Hire on claims made in a copyright and trademark case filed by a group of subsidiaries owned by Burbank, CA-based media giant The Walt Disney Company (NYSE:DIS). The motion filed by Characters for Hire also coincides with news reports that the entertainment company, which offers live performer rentals of characters based on Disney, Marvel or Lucasfilm properties, plans on fighting Disney’s claims of infringement in the case.

Disney filed its first complaint in the case back in March 2016. A second amended complaint filed this July goes into more detail regarding Disney’s allegations. The complaint identifies Nick Sarelli, who also goes by the name Avi Lieberman, as the owner and principal of Characters for Hire as well as the moving and conscious force behind the infringing acts. This infringing conduct includes promoting, selling and producing themed character entertainment party services including paid character appearances at events such as children’s parties or corporate gatherings. This includes promotions and sales conducted through Characters for Hire’s official website as well as on social media platforms like Facebook and Yelp.

Disney first sent a cease and desist letter in November 2015 asking Characters for Hire to cease its infringing activities, according to Disney’s suit. A second letter was sent in December of that year and a day later, Disney received an email from Lieberman stating that all infringing content would be removed from the website. Although some infringing content was taken down from the website, Disney contends that the defendants generally continued the infringing conduct on the website, in social media advertisements and through video postings of live performances on YouTube. A third cease and desist letter was sent by Disney in January of 2016 but Disney contends that the defendants have engaged in willful infringement of Disney’s trademarks and copyrights covering the use of the characters.

Characters for Hire’s recent motion for summary judgment was filed on the same day that it also presented the Southern New York court with a memorandum of law in support of its motion. Characters for Hire argued that, as for Disney’s copyright claims, none of the defendants advertisements do not copy or display any of the two-dimensional artwork covered by the copyrights. Defendants cite to Galiano v. Harrah’s Operating Co., a case decided in 2004 in the Eastern District of Louisiana, to support its argument that costumes, as useful articles, cannot be subject to copyright claims involving two-dimensional artworks. Moreover, Disney’s claims to certain characters like Cinderella, Rapunzel, Sleeping Beauty, Beauty and the Beast, Thor, Loki and others extend from adaptations of works which have long passed into the public domain.

Characters for Hire also argued that the trademark infringement claims lacked the essential element of confusion. Citing to Naked Cowboy v. CBS, a case decided in Southern New York in 2012 involving trademark infringement claims asserted by a Times Square street performer against the use of his likeness in the soap opera The Bold and the Beautiful, Characters for Hire argue that the use of the names of fictional persons are merely descriptive of the entertainment services provided by the defendants. “Indeed, Plaintiff Disney is well aware of the limits of trademark enforceability having successfully defended a claim brought against them for using the famous ‘Caterpillar’ trademark for construction trucks in one of their films,” Characters for Hire argued. This statement references Caterpillar Inc. v. Walt Disney Co., a 2003 case decided in the Central District of Illinois wherein the court ruled that Disney’s use of construction vehicles with Caterpillar logos in the movie George of the Jungle 2 created no likelihood of confusion that Caterpillar either endorsed or sponsored the movie.

On the same day that Characters for Hire filed the motion for summary judgment and its memorandum of law in support, Disney filed its own memorandum of law in support of partial summary judgment in plaintiff’s favor. Disney’s memorandum discusses the willful nature of the defendants’ infringement including masking their misconduct by using “transparent and silly fake names” such as “Big Hairy Guy” for the character Chewbacca or “Big Green Guy” for the character Hulk. “Defendants went so far as to secretly re-write their customers’ online reviews to hide that their own customers referred to Plaintiffs’ characters by name when describing CFH’s services,” Disney argues.

“CFH is known as an unprofessional company that provides shoddy services,” Disney argues, citing an F rating given to the company by the Better Business Bureau and 17 “not currently recommended” reviews on Yelp which include statements that the company is a “joke,” it employs “not professional workers” who don’t show up to events and are sometimes rude and not prepared to perform. “Simply stated, CFH’s reputation is fundamentally at odds with Plaintiffs’ stellar reputation for excellent quality and customer service,” Disney argues. This poor reputation is underscored by a post published on actor resource website Audition Update which calls owner Sarelli a “hot mess” who “hires everyone last minute then expects the world for them” and then sometimes fails to pay his actors. Anyone with any experience in producing live entertainment should know that performers shouldn’t be treated in that way.

To determine likelihood of confusion, counsel for Disney applied factors stemming from a 1961 decision by the Court of Appeals for the Second Circuit in Polaroid Corporation v. Polarad Electronics Corporation. These factors include the strength of the plaintiff’s marks, the similarity of the allegedly infringing marks, proximity of business activities and inferior quality of defendants’ services, among other criteria. Disney also alleges that Characters for Hire have engaged in trademark dilution by blurring, or using or modifying the plaintiff’s mark in a way that raises the possibility that the mark loses its ability to serve as a unique identifier of the plaintiff’s product. Disney also argues dilution by tarnishment by using the trademark in a way that links that mark to a product of inferior quality.

On the copyright claims, Disney cites to multiple cases which support the notion that “comic strip, cartoon, television,and film characters are protectable under the Copyright Act beyond simply their two-dimensional appearance in the copyrighted works.” Disney’s ownership of copyrights covering both the fictional characters themselves and the motion pictures and/or comic books in which those characters are featured allegedly give the plaintiff ownership over the personas and physical attributes of those characters.