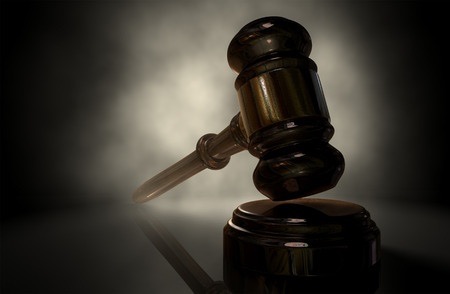 On August 8th, a memorandum opinion entered in the District of Nebraska overturned a jury verdict award of more than $30 million handed to Omaha, NE-based intellectual property licensing firm Prism Technologies LLC back in June 2015. After Prism won the multi-million damages award from Overland Park, KS-based telecommunications company Sprint (NYSE:S), a decision by the Court of Appeals for the Federal Circuit upheld findings of patent invalidity in a different case involving the patents asserted by Prism. That Federal Circuit decision was applied to Prism’s case against Sprint in a way which shows patent owners that their intellectual property rights are seemingly never safe under the current U.S. patent policy regime. 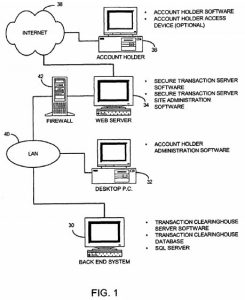 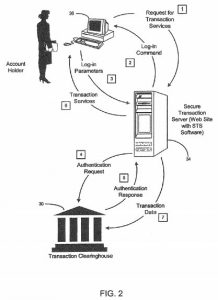 Prism’s complaint noted that Sprint’s wireless services which comply with industry standards including CDMA2000 and 3GPP2 included technologies which utilize authentication servers for controlling and protecting access to data resources. Authentication systems used by Sprint serve to limit access to its wireless services by unauthorized devices and those systems used access servers, authentication servers and databases for storing digital identifications associated with customers. Prism alleged that Sprints use of authentication systems to control access to the firm’s wireless networks and data services infringed upon at least the ‘345 and the ‘155 patents. The jury verdict form entered in June 2015 shows that the jury found findings of infringement for both of those patents and that Prism proved reasonable royalties of $30 million to compensate for Sprint’s infringement of the patents. Prism was also awarded more than $40,000 in costs in a judgment on the merits.

This March, a judicial panel from the Federal Circuit decided to affirm the $30 million damages award given to Prism; at this point, the patents were still deemed valid. On appeal, Sprint had argued that the district court erred in allowing Prism to modify its claim construction, by admitting the AT&T Settlement Agreement, by applying the wrong legal standard in deciding its motion for a new trial, and by admitting Prism’s cost-savings damages evidence. On appeal, these arguments were widely rejected by the higher court. The Federal Circuit panel made up of Circuit Judges Richard Taranto, Richard Linn and Raymond Chen concluded that the district court used the proper construction of “Internet Protocol network” to include the Internet itself. Sprint disputed the construction on the basis of a lack of sufficient control over its own backhaul networks, thus failing to constitute an “Internet Protocol network.” As well, Sprint failed to prove the necessity for a new trial based on improper testimony by an expert witness on Prism’s behalf, an argument which the Federal Circuit found meritless. Nowhere in its Federal Circuit appeal did Sprint challenge the validity of the patents asserted by Prism which led to the $30 million damages verdict.

Prism’s fortunes would turn months later, however, as the Federal Circuit decided to overturn the validity of both the ‘345 and the ‘155 patents in a case which Prism originally filed against German telecom firm T-Mobile (NASDAQ:TMUS). Applying the two-step patent validity test handed down by the U.S. Supreme Court in its 2014 decision in Alice Corporation v. CLS Bank International, the Federal Circuit panel of Chief Judge Sharon Prost and Circuit Judges Alan Lourie and Alvin Shall found that the challenged claims of the Prism patents were invalid as unpatentable under 35 U.S.C. § 101. The same validity test was applied at the district level in the case and an order in response to cross-motions for summary judgment entered by Judge Lyle Strom in the District of Nebraska applied the same test. Judge Strom found that the patents contained inventive concepts under the second step of the validity test. The Federal Circuit panel, however, found that Judge Strom erred as the challenged claims “merely recite a host of elements that are indisputably generic computer components.”

“Shifting the focus away from these generic components, Prism points to the recited ‘identity data’ (such as a hardware identifier), the inclusion of which, it contends, ‘represents a specific and novel solution to a real problem and provides real benefits.’ […] According to Prism, by combining these components with hardware identity data, the asserted claims ‘yield a novel, effective solution to real-world problems, which industry came to adopt several years after Prism’s inventions.’ […] But this does not rise to the level of an inventive concept.”

The Federal Circuit’s decision to invalidate patents which were deemed valid at the district court level in at least two separate infringement cases, and which weren’t invalidated by a different Federal Circuit decision a few months prior, was the only impetus required to get the dominoes to fall in favor of Sprint, wiping out a $30+ million damages award to Prism. Even though Sprint didn’t raise any Section 101 invalidity challenges at trial in the district court or at the Federal Circuit, the August 8th memorandum opinion in Nebraska applied T-Mobile’s argument to the Federal Circuit that all claims of Prism’s asserted patents were invalid. The memorandum opinion was authored by Judge Strom, the same judge who upheld the validity of the ‘345 and ‘155 patents in Prism’s case against T-Mobile.