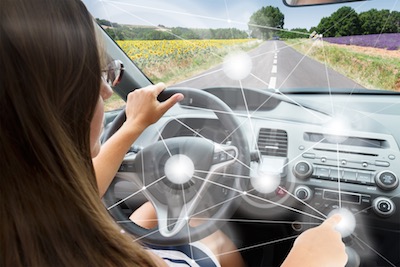 Microsoft’s partnership with Toyota is the first one resulting from the company’s efforts to increase licensing agreements covering Microsoft’s connected car technologies. The same day that the partnership with Toyota was announced, Microsoft also announced a wider initiative to encourage IP licensing among all connected car developers, citing a statistic indicating that more than 90 percent of cars will be connected to digital cloud services within three years. Among Microsoft’s patented connected car technologies include cloud-based driver assistance systems to prevent impending collisions.

The partnership between Microsoft and Toyota goes back at least a year to last April’s announcement that a Toyota Connected subsidiary of Toyota would pursue research and development of connected cars using Microsoft’s Azure as a cloud computing platform. Microsoft isn’t the only company with which Toyota is working to develop connected car technologies, however. On Monday, March 27th, Japanese telecom provider NTT (NYSE:NTT) issued a press release indicating that the company will be working with Toyota to develop, verify and standardize technologies in the field of connected cars.

In recent months, Microsoft has been ramping up licensing programs seeking to encourage the use of its patented technologies by auto manufacturers. At this year’s Consumer Electronics Show in Las Vegas, the company announced the Microsoft Connected Car Platform, a development platform for connected car technologies using the Azure cloud. The program was intended to address five key priority areas including predictive maintenance, improved in-car productivity, customer insights, advanced navigation and autonomous driving capabilities. Besides Azure, the Microsoft Connected Car Platform takes advantage of other proprietary Microsoft software including Office 365, Power BI, Cortana and Skype for Business.

Automotive software has created an interesting legal issue as to vehicle ownership in recent years, namely among tractors manufacturing by Deere & Company (NYSE:DE). Deere has taken steps to prevent tractor owners from making modifications to tractors themselves based on federal copyright law which makes it illegal to repair machinery run by software in an unauthorized way, instead forcing tractor owners to contact authorized maintenance professionals. In a comment responding to proposed circumventions to the Digital Millennium Copyright Act (DMCA), Deere stated that any circumvention to its protective software “will make it possible for pirates, third-party software developers, and less innovative competitors to free ride off the creativity, unique expression and ingenuity of vehicle software designed by leading vehicle manufacturers and their suppliers.