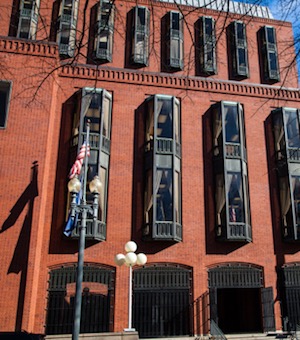 On December 9, 2016, the Federal Circuit sat en banc to hear argument in In re Aqua Products, Inc. on the burden of proof applicable to motions to amend patent claims during an inter partes review (“IPR”).

Under current Patent Trial and Appeal Board (“PTAB”) practice, the patent owner bears the burden of proving the patentability of its proposed amendments because the PTAB has interpreted Patent Office (“PTO”) regulations that place the burden for any motion in an IPR on the movant to also apply to motions to amend. See Idle Free Systems, Inc. v. Bergstrom, Inc., IPR2012-00027, Paper 26 at 7 (PTAB June 11, 2013) (finding burden of proof under 37 C.F.R. § 42.20(c) requires a “patent owner to show a patentable distinction of each proposed substitute claim over the prior art”). As in its briefing, the appellant and patent owner Aqua Products, Inc., challenged this during argument based on the explicit language of 35 U.S.C. § 316(e), which provides that in an IPR “the petitioner,” not the patent owner, “shall have the burden of proving a proposition of unpatentability by a preponderance of the evidence.” According to Aqua, § 316(d), which authorizes motions to amend, imposes a burden of production on a patent owner to “propose” an amended claim, which Judge Wallach referred to as a “burden of submission.” Once that claim is “added” to the IPR proceeding, Aqua argued, § 316(e) requires that the petitioner bear the ultimate burden of persuading the PTAB that the amended claim is not patentable.

The Court explored the distinction between these burdens. Aqua conceded that the PTO has the authority to regulate the burden of production on motions to amend. Judges Chen and Dyk pointedly questioned Aqua about how far the PTO’s authority could extend, seemingly unconvinced by Aqua’s position that all that should be required for the burden of production is for the patent owner to show that the amendment does “not enlarge the scope of the claims or introduce new matter,” as set forth in § 316(d), and that the amendment “respond[s] to a ground of unpatentability involved in the” IPR, as set forth in 37 C.F.R. § 42.121(a)(2)(i ).

The Court also showed concern with Aqua’s position that in the event an IPR petitioner drops out or does not oppose the amendment – which Judge Taranto noted happens very rarely – the amended claim should issue “as a matter of course” so long as the initial burden of production is met. Judge Moore in particular was skeptical of this view, pointing out that § 318 requires the PTAB actually assess patentability of the claim. Under further questioning by Judge O’Malley, Aqua clarified that its position permits the PTAB to use the evidence of record in the IPR to reject the amended claims, but stressed that IPRs are “constrained” and are not ordinary examinations by the PTO.

On the other side, the PTO’s position is that the burden of proof allocated by § 316(e) is not applicable to motions to amend and therefore it may regulate the burden of proof on such motions based on the authority granted to it in § 316(a)(9). Judge Reyna jumped in almost immediately during the PTO’s argument to question the validity of the PTO’s rulemaking. In his view, there is no validly promulgated PTO regulation that places the burden of persuasion for motions to amend on the patent owner. In doing so, he rejected the PTO’s position that 37 C.F.R. § 42.20, its regulation generally applicable to any motion during an IPR, is on point.   Section 42.20(c) states that “[t]he moving party has the burden of proof that it is entitled to the requested relief” and the PTO pointed out that the commentary issued along with that rule does in fact refer to motions to amend.  See 77 F.R. 486219-20 (referring to “requests to amend” and “any new claim added”). However, as Judge O’Malley observed, and with which Judge Taranto seemingly agrees, the relief requested in a motion to amend is merely to have the amended claim added to the IPR in accordance with 35 U.S.C. § 316(d), which goes to burden of production, not persuasion. Judges Reyna and Moore also highlighted that the precedential PTAB decision on point that shifts the burden to the patent owner, Idle Free, is merely an “order” under the Administrative Procedure Act, but there is no “rule” entitled to deference in their view. The PTO, for its part, argued that its precedential order is still entitled to deference.

As interesting as the questions asked during argument is what the Court left largely unexplored. There was very little discussion by the judges of the meaning of “a proposition of unpatentability,” the key statutory language of § 316(e) that is at the heart of the issue, making it difficult to discern whether they fully agreed with Aqua’s position. There was also only passing reference to the elephant in the room – the PTAB’s exceedingly low rate of granting motions to amend – by Judge Newman: “We haven’t yet gotten to the question of why the patent office denies so many proposed amendments. We’ll save that for another day.”

Overall, a significant number of the eleven judges present for argument hinted through their questioning that they thought the PTO’s rulemaking was problematic. While it is very difficult to predict the outcome of a case at the Federal Circuit based on the tone of oral arguments, it seems likely that the Federal Circuit’s opinion in this matter will effect a change to the current scheme for motions to amend. What that change might look like, and how it will impact PTAB practice, remains to be seen.

Paul Margulies is an attorney with Kaye Scholer, who concentrates his practice on intellectual property and patent litigation. He has represented both plaintiffs and defendants in a wide variety of cases, with [...see more]