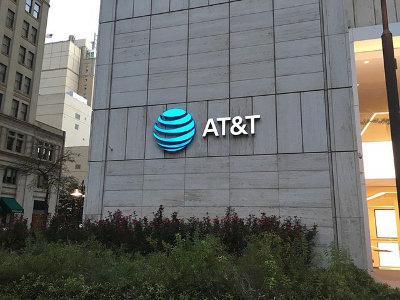 American telecom corporation AT&T (NYSE:T) made big headlines on October 22nd when it announced that it had successfully completed negotiations to acquire American media and entertainment conglomerate Time Warner (NYSE:TWX). The deal marries a vast array of studio entertainment developed by Time Warner properties like HBO, Warner Bros. Entertainment and Turner television networks with AT&T’s distribution channels, which includes DirecTV along with AT&T’s flagship mobile service provider. Time Warner shareholders are set to earn $107.50 per share, evenly split between cash and shares of AT&T stock, in a transaction valued at $108.7 billion.

Although AT&T expects to realize $1 billion in annual run rate cost synergies within three years of the deal closing, the deal is actually a vertical merger between two non-competing companies. “This is a perfect match of two companies with complementary strengths who can bring a fresh approach to how the media and communications industry works for customers, content creators, distributors and advertisers,” AT&T chairman and CEO Randall Stephenson is quoted as saying in AT&T’s official press release on the Time Warner acquisition.

The AT&T-Time Warner merger could benefit consumers in a few ways, including the creation of new premium content for distribution, especially on mobile platforms, without having to negotiate contracts for that content. If that content can positively impact AT&T’s mobile and broadband platforms, that could in turn benefit the company by enabling better leverage during negotiations with advertisers.

On the flip side, there are those who believe this merger leaves consumers at risk because AT&T now has to avoid the temptation of providing lower-quality streams of content from Time Warner competitors or block access to that content through AT&T’s platforms. Any such issues relating to consumer access of competitors like Netflix or Amazon Prime Video will likely raise alarms to regulators.

Already there have been reports of multiple high-profile politicians which have spoken out against the merger, including Sen. Elizabeth Warren (D-MA), Sen. Bernie Sanders (D-VT) and Donald Trump, and Hillary Clinton has said that her administration would look closely at the merger if she is elected President. Sen. Mike Lee (R-AZ) and Sen. Amy Klobuchar (D-MN) issued a joint statement the day after the merger was announced indicating that a hearing of the U.S. Senate Subcommittee on Antitrust, Competition Policy, and Consumer Rights will convene in November in order to review the AT&T-Time Warner proposed merger and ensure that the move will not adversely affect the video content market.

Another regulatory issue other than antitrust thatis likely to surface during review of the AT&T-Time Warner merger is zero rating, or the practice of providing content for free to consumers on a network. Zero rating is practiced by a few companies in the telecom space. For example, New York City-based wireless provider Verizon Communications (NYSE:VZ) announced in September that it will offer live streaming of National Football League games without counting the data stream against a customer’s data cap. Both Verizon and AT&T charge their subsidiaries and outside entities for the ability to have their data zero-rated on Verizon and AT&T’s networks.

A company can reap a lot of value from zero rating certain data services and consumers can enjoy more content for less cost, or without having that data count against a data cap. Regulators in countries around the world, however, have pushed back against zero rating schemes over charges that such techniques harm competition from companies that cannot afford to pay to partake in such schemes. The Federal Communications Commission (FCC) started collecting information last December from a group of American telecoms to explore whether zero rating violates the FCC’s net neutrality rules. This March, a collection of 50 consumer advocacy groups signed a letter urging the FCC to curb zero rating practices, noting that zero rating is much like the paid prioritization schemes in which Internet service providers (ISPs) charge websites and applications for a dedicated broadband channel so that consumers can access that data more quickly. The groups argue that ISPs charging companies so that their content doesn’t count against a consumer’s data plan violates net neutrality just like paid prioritization did. This June, FCC Chairman Tom Wheeler indicated that the investigation into zero rating practices was ongoing. In mid-October, a group of 76 organizations signed another letter urging the FCC to issue rules making zero rating illegal, so the momentum in this area looks like it’s increasing.

The way that the FCC has implemented net neutrality certainly would indicate that zero rating would likely be regulated at some point, even though it would do so to the likely detriment of the American consumer. Net neutrality restricts some ISP business operations like paid prioritization, and possibly zero rating, which could create more robust Internet services through improved efficiencies in network management. The net neutrality debate leading up to the FCC’s Open Internet Order, adopted in February 2015, focused a great deal on preventing ISPs from preventing consumer access to data but what the rules actually accomplish is the protection of the interests of incredibly popular Internet services which have larger market caps and subscriber bases than the ISPs themselves. Consider Facebook (NASDAQ:FB), which had a market cap of $342 billion as of this writing. Facebook’s revenue has been surging this year thanks to its advertising division, especially mobile ads. Facebook’s advertising activities rely on analyzing the data of its users to deliver the right ads to the right persons. Yet this is something that ISPs cannot freely do themselves thanks to the FCC’s recently approved broadband Internet privacy rules which allow ISP customers to opt-out of data sharing practices. And if ISPs are Title II common carriers, there is some question to be raised as to why Facebook, Netflix, HBO and others, which are engaged in foreign and interstate communication by wire or radio (the definition for Title II common carriers in the Telecommunications Act of 1996), aren’t common carriers as well.

The reclassification of ISPs as Title II common carriers places ISPs under the jurisdiction of the FCC; Facebook, Netflix and others are still under the regulatory purview of the Federal Trade Commission (FTC). And while many ISPs may enjoy regional monopolies, those are monopolies instituted at the local level arranged by ISPs with local municipalities and public utilities through “rights of way” arrangements. The FCC’s rules, therefore, don’t address a competition problem and instead impose greater burdens on entering the market as an ISP altogether, making it even more difficult for American consumers to find a competitor with better rates.

Regulators would be wrong to focus on zero rating as a consumer threat which would require close scrutiny of the AT&T-Time Warner deal. For one, zero rated data deals have been attracting a lot of positive consumer response. The NFL’s deal with Twitter to broadcast ten games during the 2016 season on that social media platform earned 2.1 million viewers for the year’s first game, less than the number of television viewers but after five games, an NFL spokesperson commented that the league was pleased with the number of additional viewers through Twitter. Twitter isn’t an ISP but this is an example of a zero-rated deal in which Twitter has charged a content provider to provide content for free to its consumers. T-Mobile’s Binge On unlimited data service zero-rates content provided by HBO, Netflix and Amazon, and that service was cited in T-Mobile’s 2016 third quarter earnings as being a major reason why T-Mobile has been able to leach customers away from AT&T, Sprint and Verizon. If zero rating were to be wrapped up by the FCC regulatory actions, the Internet market would continue to stagnate.