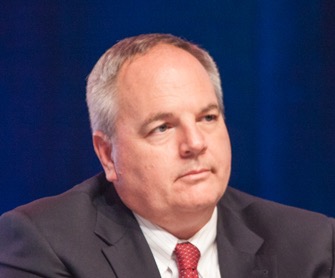 Yesterday, the United States Court of Appeals for the Federal Circuit issued an important decision on software patent eligibility in Enfish LLC v. Microsoft. The opinion by Judge Hughes, who was joined by Judge Moore and Judge Taranto, doubles the total of Federal Circuit decisions where claims in a software patent were deemed to be patent eligible because they are not abstract. In other words, DDR Holdings is no longer the only point of hope for innovators and patent owners in the software space.

This case stared when Enfish sued Microsoft for patent infringement. The patents at issue were U.S. Patent No. 6,151,604 and U.S. Patent No. 6,163,775, both issued in late 2000 and both claiming priority to the same application filed in March 1995. The ’604 and ’775 patents are directed to an innovative logical model for a computer database. A logical model is a model of data for a computer database explaining how the various elements of information are related to one another. Contrary to conventional logical models, the patented logical model includes all data entities in a single table, with column definitions provided by rows in that same table. The patents describe this as the “self-referential” property of the database.

The patents explain that the claimed invention is an improvement, which the Federal Circuit would make a great deal about in their patent eligibility analysis.

Microsoft filed a motion for summary judgment arguing that the claims were invalid as ineligible under 35 U.S.C. § 101. The district court agreed. The district court also ruled that some claims invalid as anticipated under 35 U.S.C. § 102, and one claim was not infringed. Enfish appealed. The Federal Circuit did not even find it necessary to reach the second step of the Mayo/Alice framework, instead finding that the claims at issue were not directed to an abstract idea. The Federal Circuit also found that the prior art did not anticipate the “self- referential” feature of the claims and, therefore, vacated the summary judgment based on § 102. The Federal Circuit found no error in the district court’s determination on non-infringement and affirmed the summary judgment of non-infringement.

The major issue in this decision relates to patent eligibility under § 101.

So many in the patent community who represent innovators seeking patents, and innovators themselves, have long complained that the Supreme Court has never given a definition of what constitutes an “abstract idea.” Of course, that has not stopped the Supreme Court, or other courts or tribunals, from liberally applying the so-called abstract idea exception, which is a judicially created exception to patent eligibility. The Federal Circuit recognized that the Supreme Court has never defined the critical term, even expressly saying that such a definition is unnecessary because all that is required is comparison to other inventions that have either been deemed patent eligible or patent ineligible and then working backwards.

The Supreme Court has not established a definitive rule to determine what constitutes an “abstract idea” sufficient to satisfy the first step of the Mayo/Alice inquiry. Rather, both this court and the Supreme Court have found it sufficient to compare claims at issue to those claims already found to be directed to an abstract idea in previous cases.

The Federal Circuit would go on to explain that the Supreme Court suggested in Alice that claims that improve the functioning of a computer might not succumb to the abstract idea exception.

From there the Federal Circuit said:

The Federal Circuit explained that the claims at issue plainly focus on improvements to computer functionality. This led the panel to unanimously conclude, “the claims at issue in this appeal are not directed to an abstract idea within the meaning of Alice. Rather, they are directed to a specific improvement to the way computers operate, embodied in the self-referential table.” That being the case, it was not necessary for the Federal Circuit to address the second step of Mayo/Alice, which asks whether there is substantially more than an abstract idea being claimed.

The Federal Circuit also explained that physical elements are not a prerequisite for a claim to be patent eligible. The Court explained:

Similarly, that the improvement is not defined by reference to “physical” components does not doom the claims. To hold otherwise risks resurrecting a bright-line ma- chine-or-transformation test…Much of the advancement made in computer technology consists of improvements to software that, by their very nature, may not be defined by particular physical features but rather by logical structures and processes. We do not see in Bilski or Alice, or our cases, an exclusion to patenting this large field of technological progress.

There will no doubt be much more written about this case in the coming days and weeks. If I had to guess I’d say I expect Microsoft with file a petition for en banc rehearing, and ultimately will probably file a petition for certiorari to the United States Supreme Court. In the meantime, however, this case will bring cheer to the heart of those who have been long frustrated by what had seemingly become a de facto rule that software was not patent eligible in the United States.

For now, however, one more item is deserving of comment. The passage from this case relating to software being as capable of offering an improvement as hardware is at least somewhat ironic. It is, of course, absolutely truthful to acknowledge software can make improvements just as hardware can make improvements. In fact, the choice whether to implement a solution in software or hardware is a design choice. David Kappos has made this exact point in the past. So too has Microsoft’s own Chief Patent Counsel, Micky Minhas. While I do expect Microsoft will be inclined to seek en banc rehearing and perhaps file a petition for certiorari, like so many big tech companies there are two faces to Microsoft’s patent policy. On the one side Microsoft is one of the largest patent accumulators because they are one of the largest innovators in the world. On the other side Microsoft is frequently the target of other patent owners who believe their patent rights are being infringed. Microsoft will need to walk a careful line here. This decision is very good for their patent holding, pending applications and future innovation, but far less than ideal from the standpoint of litigation.