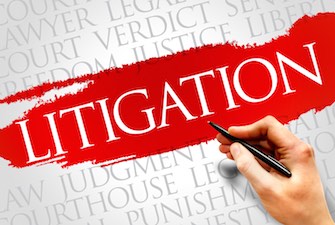 We spoke with Brian Howard, a legal data scientist with Lex Machina and the author of Thursday’s blog post, who was able to help us break down this data a little further. According to Howard, part of the reason behind the large jump in patent infringement case filings during the fourth quarter could be attributable to the U.S. Supreme Court’s decision to adopt a proposal submitted by the Federal Rules Advisory Committee to abolish Form 18 for patent infringement filings. The increased filings during the fourth quarter, which is when the decision to abolish Form 18 was implemented, “suggests that perhaps plaintiffs are aware of the rule change and are trying to get cases filed under existing Form 18 standard,” Howard said. This is reasonable given the belief that the replacement form for pleading patent infringement will likely require a higher standard of reporting than Form 18, which would allow a party alleging infringement to survive a motion to dismiss without listing the patents being infringed or what products were guilty of infringement. Howard said that the one-day patent infringement cases filed on November 30th, the final day that Form 18 would be accepted, eclipsed the previous one-day high-water mark for case filings seen in April 2014, which Howard said also came at a time when rumors of patent reforms which weren’t perceived to be plaintiff-friendly were being circulated.

The Lex Machina report doesn’t point to a data-centric indication of why the Eastern District of Texas is so popular among patent infringement plaintiffs, but there are plenty of reasons for concern. As has been reported elsewhere on IPWatchdog, the vast majority of patent cases filed in E.D. Tex. are assigned to Judge James Rodney Gilstrap. This means that one single judge oversees as many as 20 percent of all patent infringement cases filed in the entire country, perhaps more. That seems slightly less than democratic, to put it mildly.

Activity at the Patent Trial and Appeal Board (PTAB) has been in a fairly consistent pattern of activity. Since the second quarter of 2014, inter partes review (IPR) filings at PTAB have fluctuated between about 400 filings and 460 filings per quarter. According to Howard, this up-and-down activity in IPR filings is also reflected on a month-by-month basis when looking at that data. The fourth quarter of 2015 saw 375 IPR filings, the lowest total since the first quarter of 2014. One explanation proffered by Howard is that this leveling off of IPR filings could reflect the fact that weaker patents and claims eliminated by the IPR process could be requiring fewer re-examinations, although district court actions also play a large role in IPR filing activities.