CardSoft sued VeriFone for infringement of two patents describing software for controlling a payment terminal.  The district court adopted CardSoft’s construction of “virtual machine” to mean “a computer programmed to emulate a hypothetical computer for applications relating to transport of data.”  The court rejected VeriFone’s argument that a virtual machine must process instructions expressed in a language that is operating system/hardware-independent.  The jury found infringement and no invalidity.  The Federal Circuit reversed, finding the district court erred by failing to give “virtual machine” its ordinary and customary meaning, which was the correct meaning based on both intrinsic and extrinsic evidence.  The Supreme Court vacated and remanded in light of Teva Pharms. USA, Inc. v. Sandoz, Inc., 135 S. Ct. 831 (U.S. 2015), holding that the Federal Circuit must review a district court’s interpretation of a claim and any intrinsic evidence de novo, and must review factual findings based on extrinsic evidence for clear error. 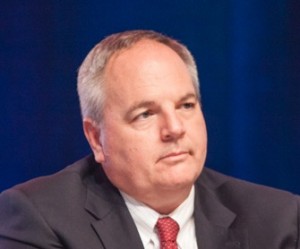 On remand, the Federal Circuit used the de novo review standard. Teva’s deferential “clear error” standard did not apply, because the district court did not make any factual findings based on extrinsic evidence in connection with its claim construction.  Although extrinsic evidence may be used at trial, a district court must rely on subsidiary factual findings from that evidence to reach its claim construction, in order for any deference to arise on appeal. In this case, the Federal Circuit held that the intrinsic evidence led to a de novo conclusion that the district court conflated the claimed virtual machine with applications written to run on the virtual machine.  The ordinary meaning, the specification and the prosecution history were in agreement that a virtual machine allows different incompatible computers to emulate the same hypothetical computer so that applications written for that hypothetical computer could be portable to other computers. That is, the virtual machine processes instructions that are operating system/hardware-independent, even though the virtual machine itself is may be running under a particular operating system on particular hardware. The district court did not rely on contradictory extrinsic evidence to reach its result, which was reversed.

CardSoft did not address VeriFone’s argument for JMOL and was deemed to have conceded that the accused devices run applications that are operating system/hardware-specific, not independent.  Accordingly, the Court reversed and granted VeriFone’s judgment of no infringement as a matter of law.