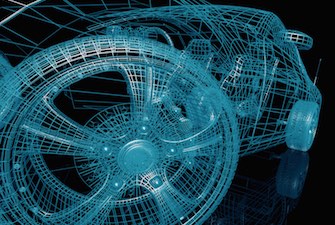 Who owns the vehicle that gets you through your daily commute? If you take public transportation, then that answer is probably a transportation authority. But what if you use a private vehicle for getting to and from your destinations? Many people lease a vehicle, in which case the dealership technically retains ownership of the automobile. Most people would assume that if a person bought a vehicle outright from the dealership, then complete ownership of that vehicle and all of its component parts would be transferred to the consumer.

However, there are some key players in the automotive industry that are trying to exert certain intellectual property rights that will make car ownership a bit murkier for American consumers. Because these vehicles are using more proprietary software systems than ever before, these automakers are insisting that consumers don’t actually own every element of their vehicle but instead are licensing them from the manufacturer for the life of the vehicle.

We’ve been covering much of the growth in innovative vehicle software systems this year on IPWatchdog ever since autonomous vehicles made such a conspicuous debut at the 2015 Consumer Electronics Show. The past few years have seen an explosion in patenting activities in the global automotive sector, much of it related to telematics, self-driving navigational systems and other functions that are heavily reliant upon software.

Every three years, the U.S. Copyright Office solicits for proposed exemptions to prohibitions against circumvention which have been established by the Digital Millennium Copyright Act (DMCA). Among other things, the DMCA added Section 1201 to Title 17 of the U.S. Code, which governs copyrights. Section 1201 specifically focuses on the circumvention of copyright protection systems and declares that the circumvention of technological measures to control access to a copyrighted work is a violation of U.S. copyright law.

One of the more active areas during this round of public comments collected by the Copyright Office involves the prohibitions against circumvention for Proposed Class 21, which covers vehicle software for diagnosis, repair or modification. A first round of comments saw ten submissions, some from major tech and IP industry organizations such as the Electronic Frontier Foundation (EFF) and the Intellectual Property & Technology Law Clinic at the University of Southern California. EFF noted in its comment that companies like Ford Motor Company (NYSE:F) have used Section 1201 to sue independent diagnostic companies which have defeated encryption practices to access non-copyrightable material like parts specifications or diagnostic codes which are collected by automobile software. Preventing owners from circumventing encryptions on software also subverts a long tradition of vehicle owners tinkering with their cars, preventing that practice from entering the digital age.

The second round of public comments on proposed Section 1201 exemptions drew a coalition of opposition from manufacturers representing diverse members of the American auto industry, including General Motors (NYSE:GM), the Association of Equipment Manufacturers and John Deere (NYSE:DE). The essence of the argument made by car manufacturers against a prohibition exemption focuses on the fact that subverting the electronic control units (ECUs) could have unintended consequences, some of them devastating from a safety standpoint. John Deere cites the possibility that circumventing technological protection measures (TPMs) for gaining access to ECUs could cause software systems to malfunction and create a public safety risk, noting that an agricultural vehicle can weigh over 44,000 pounds. Allowing consumers to go around TPM security measures for vehicle modification might encourage them to install defeat devices to disable emission control technologies. John Deere also suggests that enabling these exemptions could encourage the piracy of copyrighted music or film recordings by tampering with infotainment software systems installed on vehicles. As well, modifying vehicle software to reduce the car’s maximum speed when lending it to a teenager or activate lights when the windshield wipers are turned on, both of which are suggested by John Deere, constitutes commercial activity which goes against non-profit fair use principles used to consider exemptions.

What has proven to be truly contentious in the tech community is the assertion by John Deere that the manufacturer, and not the car owner, is the one who truly owns the vehicle’s software systems. In John Deere’s words: “A vehicle owner does not acquire copyrights for software in the vehicle, and cannot properly be considered an ‘owner’ of the vehicle software.” This sentiment is echoed in comments submitted by General Motors: “Proponents incorrectly conflate ownership of a vehicle with ownership of the underlying computer software in a vehicle.”

This point of view has inspired some grave concerns in the tech community, most of which are expressed fully in a WIRED opinion piece titled We Can’t Let John Deere Destroy the Very Idea of Ownership. The column, penned by Kyle Wiens, co-founder and CEO of global mechanical repair community iFixit, rails against auto manufacturers and their notion that their copyright gives the manufacturer an element of ownership in a vehicle that has been sold to a consumer. “It’s John Deere’s tractor, folks. You’re just driving it,” Wiens writes.

iFixit and others are mainly focusing on the impacts to the farming community of extensive copyright protections for vehicle software. In public comments submitted by Wiens to the U.S. Copyright Office, a story is told of a California farmer who cannot find a way to keep his tractor operational when one of the hydraulic sensors malfunctions. The TPM security measures make it impossible to bypass the sensor and the farmer loses two days of work every time he has to wait for a new part to be delivered. Proponents of the exemption argue that the farmer should have the right to modify every part of a vehicle that has been purchased, noting that the farming community has long had a do-it-yourself mentality when it comes to repairs and modifications.

There are some moderate observers of this conflict who have noted that John Deere et. al. aren’t maintaining ownership of the vehicle but the software systems which improve mechanical operation. The issue is somewhat similar to the jailbreaking of cell phones so that owners could choose a new wireless carrier for a device, a former violation under the DMCA but now a legal option thanks to a law passed by Congress last July. The expansive copyright protections afforded to software under the DMCA, which was passed in 1998, are often leveraged by manufacturers to restrict any modifications to the software’s programming.

In July, the U.S. Copyright Office will announce its decision whether or not to allow any circumvention of TPMs for vehicle software meant for diagnostics, repair or vehicle modification. Unless Congress takes action like they did in the case of jailbroken smartphones, its decision will be enforced for a period of three years until the next round of exemption proposals.