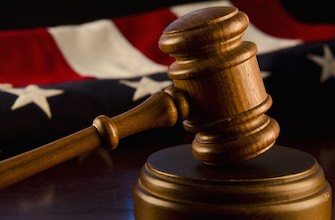 The venue in which a patent infringement case is brought has been one of many lightning rod issues in the recent debate over patent reform.  Earlier today, at a hearing to markup the Innovation Act, he issue was vigorously debated by the House Judiciary Committee. Ultimately, the Committee voted to amend the Innovation Act to incorporate strict venue provisions for patent litigation, which would dramatically change the patent litigation landscape if the proposed language were to enacted.

At the beginning of the hearing, Congressman Bob Goodlatte (R-VA) introduced a manager’s amendment that was supported by other members of the House Judiciary Committee. The Manager’s Amendment replaced the previously introduced bill. The manager’s amendment to the Innovation Act, among other things, included a provision that seeks to ensure that patent infringement suits are only brought in judicial districts that “have some reasonable connection to the dispute.” In a statement proffered by Goodlatte, who is the Chairman of the Judiciary Committee, he decried a 1990 decision of the United States Court of Appeals for the Federal Circuit, which he said reinterpreted a key statute allowing Congress to regulate the venue in which patent actions may be brought, stating that the appeals court decision affected the statute in a way that “robbed it of all effect.”

The issue or proper venue for patent infringement litigation, which heated up the hearing, has even come front and center as the debate over patent reform has moved into the mainstream. In a segment promoting passage of the Innovation Act, HBO comedic news host John Oliver brought the issue of venue to the masses. Oliver protested the fact that an overwhelming majority of patent infringement cases were filed and decided in the Eastern District of Texas. While we have previously discussed certain journalistic failings of that particular segment, the core of Oliver’s commentary regarding venue was echoed during the hearing, although he was not mentioned by name.

During the House judiciary committee hearing it was stated that a significant percentage of all patent cases are filed in the Eastern District of Texas even though there is little or no manufacturing, research or development in East Texas. One judge in particular, the Honorable Rodney Gilstrap, was cited by Congressman Darrell Issa (R-CA) as presiding over a significant number of these proceedings. Issa used this particular fact as proof that Congress must act to “stop unreasonable venue shopping” in patent infringement cases. Issa’s comments were made in support of his own venue amendment, which would strengthen the venue provisions of the Manager’s Amendment.

(b) VENUE FOR ACTION RELATING TO PATENTS.—

Notwithstanding subsections (b) and (c) of section 1391 of this title, any civil action for patent infringement or any action for a declaratory judgment that a patent is invalid or not infringed may be brought only in a judicial district—

(1) where the defendant has its principal place of business or is incorporated;

(3) where the defendant has agreed or consented to be sued in the instant action;

(5) where significant research and development of an invention claimed in a patent in suit occurred at a regular and established physical facility;

(5) where a party has a regular and established physical facility that such party controls and operates, not primarily for the purpose of creating venue, and has—
(A) engaged in management of significant research and development of an invention claimed in a patent in suit prior to the effective filing date of the patent;

(B) manufactured a product that embodies a tangible product that is alleged to embody an invention claimed in a patent in suit; or

(6) for foreign defendants that do not meet the requirements of paragraphs (1) or (2), according to section 1391(d) of this title.

As a result, Issa’s amendment changes the language so that a party bringing a patent infringement suit where the defendant has its principle place of business, where the defendant has a physical presence, or where the patent owner has a meaningful physical presence due to research and development or manufacturing. At first glance these venue provisions seem reasonable because they would curtail the extreme forum shopping that does go on in patent cases, as witnessed in the Eastern District of Texas. On closer consideration, however, this provision could create problems for those patent owners who are not bad actors that seek to abuse the system or take advantage by only filing in favorable, remote forums. For example, a legitimate patent licensing company that does not manufacture their own goods may only be able to bring suit in a limited number of locations, which may be strategically far more favorable to the allegedly infringing defendants.

One voice in opposition to the changes in the bill’s language regarding venue came from Congressman John Conyers (D-MI). Conyers argued that the venue provisions of the amendments are “relatively new additions to a package that has been worked on for a great deal of time.” Conyers expressed concern that these new venue provisions had not been properly vetted by all the stakeholders, which is of course true given that the Issa Amendment was not available until yesterday.

“[The measure is] intended to prevent venue shopping but would unfairly limit access to courts offering expedited, efficient proceedings,” Conyers said. He added that some stakeholders have acknowledged that the new venue rules would arbitrarily disadvantage patent holders and small innovative firms and make it easier for companies with more resources to handle patent infringement proceedings in district courts where cases may become protracted.

Indeed, if this venue language is ultimately enacted into law it is difficult to see how patent owners could continue to bring patent infringement lawsuits in the Eastern District of Texas. Having said that, there have been other attempts over the last several years to reign in the Eastern District of Texas as the forum of choice, which has failed to greater or lesser extents. Time will tell whether any legislative fix to venue will actually have impact in the real world the way those on the House Judiciary Committee anticipates it might.