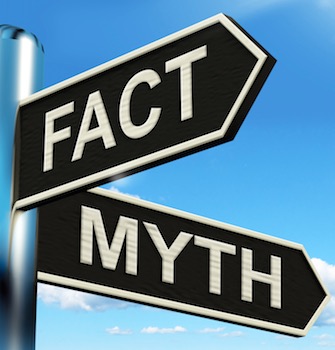 John Oliver is an incredibly funny man. He’s also a very smart one. As the anchor of the satirical news program Last Week Tonight with John Oliver, he’s achieved an impressive level of success in transitioning from his comedic performances in segments of The Daily Show with Jon Stewart to hosting an HBO show that reached a total audience of 4 million people over the course of its first season. There’s a clear bent towards political activism in much of what Oliver reports. For example, in one segment pointing out social media abuse instigated by Ecuador’s President Rafael Correa, Oliver instructed his audience to tweet insults at Correa while Correa’s Twitter username was being shown. Here in America, John Oliver’s segment on net neutrality last June was reported to have been the inciting cause for more than 45,000 public comments that were submitted to the Federal Communications Commission on net neutrality within a day of his broadcast.

Most recently, Oliver has turned his biting and incisive wit towards the topic of patent reform. This past Sunday night, the latest broadcast of Last Week Tonight included an 11-minute long segment on the U.S. patent system with a strong emphasis on issues associated with patent trolls. At either end of the segment Oliver insists that patents are important, but by the time he’s finished he makes the argument that something needs to be done to protect American small businesses and that the Innovation Act is the way to fix the situation.

It’s great that John Oliver brought the subject of patent trolls, about which IPWatchdog has already produced some considerable coverage, to an audience that topped 1.4 million viewers. But there are a significant number of stakeholders in the ongoing patent debate who are not in favor of the Innovation Act and they’re not, as John Oliver would have you believe, simply lobbyists for trial lawyers. For example, the Innovation Alliance, which is made up of innovator companies, does not support the Innovation Act. Neither do independent inventor groups, independent inventors, innovative startup companies, biotechnology companies or universities. If John Oliver is for helping small business victims of patent trolls while preserving patent rights he should actually be promoting the STRONG Patents Act and not the Innovation Act.

Much of the small business community that Oliver purports to be speaking for is in favor of the STRONG Patents Act instead of the Innovation Act. Here on IPWatchdog, we covered a March 19th hearing held by the U.S. Senate Committee on Small Business and Entrepreneurship on the issue of patent system reform. The witness panel was made up entirely of representatives to major American economic stakeholders, including universities, small business entrepreneurs, pharmaceutical developers and software developers. There was even a company owner representing the interests of his own company, Craig Bandes of Pixelligent Technologies, an LED lighting innovator that licenses technologies to 3M and Dow Chemical, so the voice of the little guy in this debate was definitely heard. Except in one very interesting case, every one of these respondents supported the STRONG Patents Act as the best piece of legislation for dealing with patent abuse while retaining patent rights. Robert Schmidt, co-chair of the Small Business Technology Council, even went so far to say that the Innovation Act should instead be titled the “Ending the American Dream Act.”

The only member of the witness panel that responded in favor of the Innovation Act was Tim Molino, director of policy for the Business Software Alliance and the person representing the software industry. Which, as John Oliver noted in his segment, has been the sector of innovation where a lot of patent trolls have been able to lie in wait for unsuspecting victims. John Oliver suggests that he’s speaking for American small businesses and legitimate patent owners, but the remedy he’s pushing is not the one that those businesses and legitimate patent owners want. In fact, it’s the path being pursued by the one industry where the patent troll problem has been able to fester. The only thing that could make this situation more suspect was if John Oliver was somehow an employee of a company that stood to profit by passage of the Innovation Act, which would seem to be a company that holds software patents. Innography’s patent portfolio analysis tools are showing us that Home Box Office has been assigned 23 U.S. patents which are held by Time Warner Inc., HBO’s owner. Time Warner holds 421 U.S. patents overall. The vast majority of these patents, if not all of them, are related to software.

Luckily, there has been some relaxation in the overall patent troll issue and the cause has not been legislation. In an IPWatchdog post penned last week by Brian Pomper, Executive Director of the Innovation Alliance, it was pointed out that patent litigation reduced by 18 percent between 2013 and 2014 and much of this is attributable to a series of recent U.S. Supreme Court case decisions that have pushed the burden of proving patent infringement onto the patent holder (Medtronic, Inc. v. Mirowski Family Ventures, LLC) and have made it easier for a defendant targeted by an abusive demand letter to get their attorney’s fees paid by the troll (Octane Fitness v. Icon Health and Fitness, Highmark Inc. v. Allcare Health Management Systems, Inc.).

It would have been nice of John Oliver to provide a much better context of the current situation facing our U.S. patent system. To have that conversation, we need to include the Leahy-Smith America Invents Act, signed into law on September 2011. This law established the process of inter partes review (IPR), a post-grant proceeding for patents through which a weak patent can be declared to be invalid. However, as was discussed in that March 19th Senate small business committee hearing, IPR is being used in an abusive manner by hedge funds. Rachel King, CEO of the pharmaceutical company GlycoMimetics, noted that pharmaceutical companies have been targeted by hedge funds who file an IPR on a pharmaceutical patent. The hedge fund then reaps a reward by short-selling when the pharmaceutical company’s stock price plummets upon news that a patent protecting a valuable drug is being challenged. “I think that should be criminal,” King said at the hearing. With recent legislation changing the system in ways that non-innovators can profit from innovation, a well-known figure like John Oliver should be a little more careful in analyzing what massive legislation overhauls have already done to the U.S. patent system in just the past few years.

If one last thing can be pointed out about John Oliver’s programming and how it may be misinforming the public towards political action that suppresses innovation, we should take a few minutes to look at his reporting on net neutrality. As we pointed out above, his June 2014 net neutrality segment caused tens of thousands of people to file public comments with the FCC, which then subsequently drew up and proposed strong rules respecting net neutrality. However, John Oliver’s argument that Internet service providers (ISPs) are massive corporations that must be reined in by strong net neutrality rules misses the fact that the ISPs have smaller subscription bases than Netflix, which passed 36 million U.S. subscribers and 50 million worldwide in July 2014. If the proposed merger of telecommunications giants Time Warner and Comcast were to ever actually become FCC-approved, that company would have 30 million U.S. subscribers at most. So when John Oliver gets us outraged over Comcast throttling Netflix data, painting the picture of a Comcast Goliath going after Netflix’s David, someone needs to point out that this is actually a situation where two big boys are duking it out in the boxing ring.

The American public should watch and pay attention to net neutrality, it’s probably best to stay ringside in that particular case and not get personally involved just yet. Because, as we’ve pointed out in a separate article here on IPWatchdog, the current net neutrality rules could negatively impact innovation in the field of telecommunications by allowing behemoths like Netflix to keep sucking up excessive bandwidth without paying extra themselves, giving them a problem for which they’d have to innovate a solution. Oliver’s net neutrality debate presupposes unlimited Internet bandwidth but because bandwidth is currently finite, we’re left with a hallway that is becoming increasingly crowded by players like Netflix and HBO, which had 28.7 million U.S. subscribers and a whopping 114 million global subscribers by the end of 2012. Whether intentional or not, it seems that John Oliver delivered tens of thousands of public comments that led to FCC rules which help companies like HBO when there was no glaring need to fix anything to help the general American public. Between his stances on patent reform and net neutrality, it seems John Oliver is doing a very good job of swaying his audience to lobby in his boss’s favor.

As Senator Chris Coons said at the March 19th Senate committee hearing on patent reform, the discussion of that hearing took the argument that there is any need to diminish patent owner rights to prevent trolling and “turned it on its head.” Unfortunately for millions of Americans, all they saw on the subject was a short comedy segment when they deserved a much more thorough discussion of what has been done to address patent abuse. Before John Oliver is able to once again seize a political moment and deliver an important victory for his employers, someone should seek to have this reasonable dispute with him.