Petition Dismissal is Appropriate for Improper Use of PTAB Resources 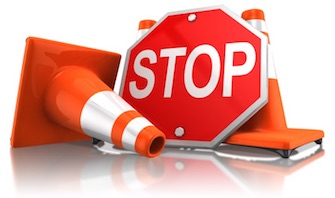 I first discussed the potential abuse of PTAB post-grant patent trial proceedings back in 2013.  Since that time, attempts by profiteers to leverage the PTAB for improper purposes have failed. The most recent incarnation of this strategy is being advanced in the name of Hayman Capital, a hedge fund. As detailed yesterday by IPWatchdog.com, a recent Wall Street Journal article outlined the true purpose of these filings is to influence stock prices of smaller bio/pharma patent holders to the negative (via PTAB IPR filings) while simultaneously investing in their close competitors. The Journal also explains that members of the fund invest a minimum of $1million each, with Hayman Capital earning a 20% return.  The Journal notes that those behind the filings have also created an organization referred to as the “Coalition for Affordable Drugs,” but strongly implies this entity exists only for optics.

With the negative publicity surrounding these filings, and, if true, their reported abusive purposes, can the PTAB shut them down?

Yes, and I expect that they will.

There are several avenues for the PTAB to deny the petitions without reaching the merits (RPI being one, given the anonymity of fund investors and their reported interest in competitors of targeted patentees), but let’s focus on the easiest way for the agency to halt this reported abuse.

The Director has done exactly that with Rule 42.12:

(a) The Board may impose a sanction against a party for misconduct, including…

(b) Sanctions include entry of one or more of the following…

(6) An order providing for compensatory expenses, including attorney fees…

(8) Judgment in the trial or dismissal of the petition.

Congress created AIA trial proceeding to combat trolls, not create an altogether new class of them. Since the initial filings of Hayman, the STRONG ACT has been introduced in the Senate and includes a provision that would require standing for IPR petitioners (presumably to thwart such filings). However, companies not only employ IPR as an alternative to ongoing litigation but as a due diligence tool to avoid such situations in the first instance. Innovators looking to develop a new product line, or new area of business should have the freedom to clear the landscape of improvidently granted patents via the PTAB without having to wait for a lawsuit, or threat of one. Such knee-jerk legislative fixes will have unintended, and unfortunate consequences.

Instead, to put a halt to these filings the Board need only issue an Order to Show Cause as to why the petitions should not be dismissed under 42.12 as an improper use of limited agency resources— citing the journal article. The agency is on solid footing in this regard. See Heckler v. Chaney, 470 U.S. 821, 831 (1985)(indicating an agency, when deciding whether to take action in a particular matter, must determine whether its resources are best spent on one matter or another).

Given that the Board’s resources are already taxed due to the significant demand of these proceedings for their intended use, shutting off a workflow that Congress clearly did not intend, and that is plainly abusive, is necessary to maintain the integrity of the system. Moreover, if investors are profiting off of the mere filing of a petition (i.e., spooking stock prices upon mere filing, irrespective of the merits) an award of attorneys’ fees may be strong deterrent to copycat filings going forward.

The PTAB was given the power to police such behavior, and it should.