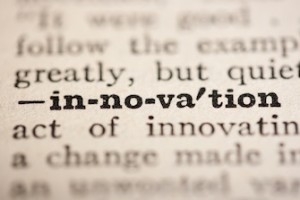 If only the work on patent legislation in Congress had the rigor and reliance on sound principles of the engineering and science that produce inventions and medical breakthroughs protected by patents.

I am an engineer, and earlier in my career have worked with engineers from around the world to find the best technical solutions to include in standards for wireless communications. Fascinated by the legal and economic structures that support innovation, I later pursued a Ph.D. in economics, and now I study the role of patents, technology standards, and patent litigation in the innovation economy. As an engineer and economist who reveres the scientific method and empirical research, I find myself compelled to engage in the currently ongoing patent debates for getting the record right on some dubious data currently being cited as “facts”.

While the legislative patent deliberation and the Innovation Act being revived in the House are nominally aimed at reducing litigation costs and frivolous lawsuits, the bill would bring sweeping changes to how patents are used and the property protection they have so successfully provided to inventors. We have two centuries of economic data and historical study demonstrating how the enforceability of intellectual property rights nurtures innovation, strengthens economies and job creation and bolsters national competitiveness, and how the weakening of patent protections has the opposite effect.

Yet there is no credible evidence behind proposals to make the drastic changes embodied in the Innovation Act, the removal of discretion from judges to judge each case on an individual basis with mandatory stays and fee shifting, and new rules for pleading and discovery that would undermine the ability of legitimate inventors and patent holders from enforcing their rights against infringers.

The current debate has focused on patent litigation and the largely undefined yet much vilified entities called “patent trolls.” This is the first issue because the term is aimed at provoking fear, and those who use it gloss over the fact that the so-called non-practicing entities they’re talking about include universities, start-up firms with great ideas but no manufacturing and distribution capabilities, as well as individual inventors who choose to license their inventions to others. Most studies about “patent trolls” include these categories of patent owners who – as the authors of the Constitution intended – are incentivized to advance science and the useful arts by the revenue they make from their intellectual property.

A third issue is a growing belief that patent intermediaries – firms that act as the middleman between inventors, universities, etc. and the companies that use invented technologies in their products –have driven the increase in patent litigation. It is not the patent intermediaries driving these disputes. Michael Mazzeo et al have shown that the share of cases brought by patent intermediaries has always been below 30% of the total number of cases filed at any time, and empirical legal scholars Chris Cotropia, Jay Kesan and David Schwartz have demonstrated any perceived “hike” in this rate is simply explained by the joinder provision of the American Invents Act passed in September 2011, which required a patent enforcer to file what would have been a single lawsuit against multiple defendants as separate lawsuits for each defendant. This finding has been corroborated by Congress’s own General Accountability Office.

There is a serious methodological issue behind the studies that have tried to measure the “cost of litigation” due to non-practicing entities, and it is the reliance on a problematic data source. They have utilized surveys conducted by firms like RPX, whose business model is based on helping clients fend off patent-infringement lawsuits, and the data is kept secret rather than provided for review by scholars wishing to review these studies. For example, RPX supplied the data for the study by scholars Jim Bessen and Michael Meurer, which estimated the total cost of patent litigation to U.S. firms was $29 billion – a number that has been thoroughly challenged in several studies and articles (see previous IP watchdog post) – but continues to be cited by proponents of the patent legislation changes. If a company whose business model is to help companies that have been repeat defendants in patent infringement cases, the first reaction of any economist would be concern about the selection bias in such a data-set, as RPX’s clients are likely to be those who do view patent litigation to be a problem for their business. Problems with this data source have been extensively discussed by scholars.

Perhaps the most important issue shadowing these narratives in fashion today is the narrow focus on litigation and patent intermediaries. This focus has ignored the much larger and broader body of economic literature charting the effects of intellectual property rights on economic growth for more than 50 years, studies that have survived the crucible of academic peer review. These studies have collectively established that stronger IP protection increases domestic innovation by creating stronger financial incentives to innovate; increases exports for countries with strong IP rights; benefits domestic industries and small inventors; leads to increased investment in R&D, physical capital and foreign direct investment; leads to stronger economic growth and development.

This is why 144 American Universities recently wrote to congressional leaders expressing their concerns about the Innovation Act. This is why a representative from the National Venture Capital Association, representing more than 90% of the nation’s venture capital, testified at a House Judiciary Committee hearing about the important role of IP in the innovation economy, and why he urged the Congress to take a cautious and measured approach to deal with any problems in patent litigation.

The scholarship, the history and the data are available for policymakers to examine and judge for themselves, and their conclusion is clear: The patent system has been the bedrock of American economic growth, and the legal protection that helps individuals and small firms with new ideas rise to greatness. So I, too, urge law-makers considering changes to our patent system to closely examine the facts and history before they make changes. There is simply too much at stake to get this wrong.

Dr. Kirti Gupta Dr. Kirti Gupta is Vice President for Technology and Economic Strategy at Qualcomm specializing in  Intellectual Property (IP) and Competition issues. She is responsible for leading the substantive direction of [...see more]