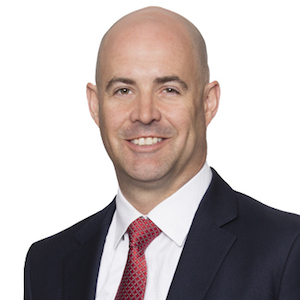 is a partner in Baker Botts‘s Intellectual Property group with twenty years of experience litigating high stakes patent and trade secret cases. He is skilled in competitor-against-competitor cases where injunctions and large damages are at issue. He has tried cases in leading patent jurisdictions such as the Northern District of California and the Eastern District of Texas, and has represented clients before the Patent Trial and Appeal Board (PTAB).

Partial institutions lessen the value of estoppel because the petitioner avoids estoppel on claims that were challenged but not instituted. The PTAB never issues a final written decision for these challenged-but-not-instituted claims. And because estoppel only applies to claims receiving a final written decision, these non-instituted claims escape the estoppel statute See, e.g., Shaw Industries Group v. Automated Creed Systems, 817 F.3d 1293, 1300 (Fed. Cir. 2016). In effect, the PTAB’s current practice saves a petitioner from estoppel on claims it had little chance of invalidating. Thus, under the current practice, a petitioner currently only risks estoppel on claims that it stands a good chance of invalidating. But if the Supreme Court decides as expected, estoppel will attach to all challenged claims of an instituted IPR. Final written decisions will more often include claims found valid, and a petitioner will no longer be able to avoid estoppel for some claims by relying on the PTAB to sort strong challenges from weak ones at the institution stage.

Supreme Court decision in Life Technologies v. Promega does not relieve manufacturers from the risk

The facts of the underlying case were incredibly simplistic and not representative of a typical patent infringement case involving complex technologies. The parties agreed that the exported product consisted of one of five total “components of the patented invention,” so the Court did not address “how identify the ‘components’ of a patent or whether and how that inquiry relates to the elements of a patent claim.” Id. at FN2. Addressing the issue in a case with minimal real-world applicability does little to help the finder of fact determine whether a product contains one or multiple components of a patented invention. The decision in Promega does not relieve manufacturers from the risk that their single-part product could be used inadvertently to infringe a U.S. Patent overseas. When disputes arise under § 271(f), defendants will need to build strong evidence showing that their product only contains one component to avoid infringement, while plaintiffs will be crafting arguments that the total number of patented components is low and the exported product contains multiple components.