Supreme Court decision in Life Technologies v. Promega does not relieve manufacturers from the risk 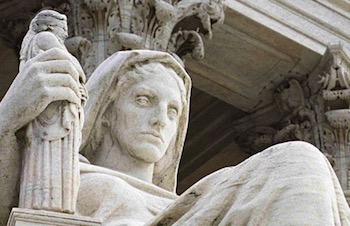 On February 22, 2017, the Supreme Court addressed whether “a party that supplies a single component of a multicomponent invention for manufacture abroad can be held liable for infringement under § 271(f)(1).”  Life Technologies Corp. v. Promega Corp. 580 U.S. ___, slip op. at 1 (2017).  Writing for the 7-0 majority, Justice Sotomayor held that a single component cannot constitute “a substantial portion of the components of a patented invention,” as required by § 271(f)(1), and therefore can never trigger liability for infringement abroad.  Id. at 8.  But the facts of the underlying case were incredibly simplistic and not representative of a typical patent infringement case involving complex technologies.  The parties agreed that the exported product consisted of one of five total “components of the patented invention,” so the Court did not address “how identify the ‘components’ of a patent or whether and how that inquiry relates to the elements of a patent claim.”  Id. at FN2.  Addressing the issue in a case with minimal real-world applicability does little to help the finder of fact determine whether a product contains one or multiple components of a patented invention.  The decision in Promega does not relieve manufacturers from the risk that their single-part product could be used inadvertently to infringe a U.S. Patent overseas.  When disputes arise under § 271(f), defendants will need to build strong evidence showing that their product only contains one component to avoid infringement, while plaintiffs will be crafting arguments that the total number of patented components is low and the exported product contains multiple components.

The purpose of 35 U.S.C. § 271(f) is to extend U.S. patent laws to infringement occurring abroad based on exported components of the patented invention.  Its enactment reversed the Supreme Court’s decision in Deepsouth Packing Co. v. Laitram Corp, 406 U.S. 518 (1972), which held that a party shipping all of the parts of a patented invention for assembly abroad is not liable for infringement.   Section 271(f)(1) imposes liability on a party who supplies “all or a substantial portion of the components of a patented invention. . . in such a manner as to actively induce the combination of such components outside of the United states. . . .”  35 U.S.C. § 271(f)(1).  Since its enactment, courts have struggled to define “components” and whether or not they are a “substantial portion” of the invention.  For example, in 2007 the Supreme Court addressed whether software is a component under § 271(f), holding that software “in the abstract,” detached from an activating medium is “uncombinable” and not a component, while a copy of software that can be “inserted into a CD-ROM drive or downloaded from the Internet,” qualifies as a component under § 271(f).  Microsoft Corp. v. AT&T Corp., 550 U.S. 437, 449-452 (2007).  There, Microsoft supplied a master disc containing the Windows software overseas, where it was then copied before being installed on the foreign computers.  Because the disc was copied abroad, the Court held that the software installed on the computers was not “supplied” from the United States, and § 271(f) did not apply.  Id. at 452-54.  The result of this decision is a loophole in which to avoid infringing a software patent under § 271(f), software can be copied abroad prior to installation regardless of the medium it is transmitted from the United States.  Similarly, in 2009 the Federal Circuit held that method claims are outside the purview of § 271(f).  See Cardiac Pacemakers, Inc. v. St. Jude Medical, Inc., 576 F.3d 1348, 1364 (Fed. Cir. 2009).  There, the Court reasoned that steps of a method are the “components,” but because these are not tangible they cannot be “supplied” as required under the statute.  Id. at 1364-65.  Both of these decisions rely on the “presumption against extraterritoriality” to limit the application of § 271(f) outside of the U.S., even though the statute was expressly enacted to extend the reach of U.S. Patent law abroad.  Id. at 1365; see also AT&T, 550 U.S. 437 at 439.  Discussion of this presumption is notably absent from the Court’s analysis in Promega.

Turning to products with tangible components that can be “supplied” from the United States, in Promega the patent-at-issue claims a kit for genetic testing comprising only five discrete components.  Life Technologies produced four of the components in the United Kingdom and one component in the United States.  When Life Technologies sold the complete kit outside of its licensed field of use, Promega sued for infringement under § 271(f)(1).  After a jury found Promega liable for willful infringement, the District Court overturned the verdict in a judgment as a matter of law because the phrase “all or a substantial portion of the components” does not envelop a single component.  The Federal Circuit overturned the decision invoking a qualitative test based on the “importance” of the component.  The Supreme Court now overturns the Federal Circuit’s decision, holding that a quantitative analysis of the components is the proper test.  Promega, 580 U.S. at 6.

The Court’s decision is based on a statutory analysis of the ambiguous phrase “substantial portion.”  Looking to the neighboring terms, Justice Sotomayor explained that “[b]oth ‘all’ and ‘portion’ convey a quantitative meaning,”  and that a qualitative reading would render the phrase “of the components” without meaning.  Id. at 5–6.  The Court declined Promega’s request to adopt a case-specific approach allowing either a qualitative or quantitative analysis, because that this would compound the ambiguity for a jury when every component is necessary (and therefore important) for an invention to function.  Id. at 7.  The Court then decided as a matter of law that one component cannot be a “substantial portion” to invoke liability under § 271(f)(1).  Id. at 8.  The plurality of the word “components” appearing multiple times in § 271(f)(1), as well as the singularity of “component” in § 271(f)(2) reinforced the Court’s decision.  Id. at 8-9.  In sum, the Court held that supplying one component of a multicomponent patented invention for assembly abroad does not constitute patent infringement.

Although this outcome was intended to benefit manufacturers so that they need not worry about inadvertently supplying one part of a patented invention, the outstanding questions concerning the quantitative definition of “components” remain unanswered.  The Promega decision provides some security to suppliers of simple products, even if that component constitutes the entire inventive feature, provided that the component is not “especially made or especially adapted for use in the invention and not a staple article or commodity of commerce,” and the intent element of 271(f)(2) is not met.  But the simplicity of this case left key questions unanswered.  It is still possible that a single product can contain a substantial portion of the components, and without knowing how to quantify the total number of components in a patented invention or whether this number is tied to the claim, it is difficult to know whether the supplied part contains one or multiple components.  Suppliers of simple products may rest assured, but this type of product is few and far between as technologies become more complex and encompass more sub-parts in smaller embodiments. Further clarification about how to quantify “components” is important to fully resolve ambiguity for a jury, and documented evidence will be necessary to simplify the product to one component in order to avoid liability.  This issue will also be a factor during claim construction—if the total number of patented components is tied to the claim elements, plaintiffs may argue for constructions that minimize the total number of components so that the exported part may comprise a larger portion.  As such, the quantitative rule adopted in Promega provides little insight to manufacturers before litigation has initiated.

Elise Edlin is an associate in in the San Francisco office of Baker Botts. Her practice focuses on complex, high-tech litigation in Federal Courts, the International Trade Commission, and the Patent Trial [...see more]