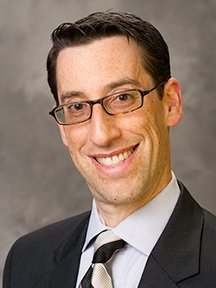 is Distinguished Professor at Rutgers Law School, where he specializes in antitrust and IP law. He is co-author of the leading IP/antitrust treatise, IP and Antitrust Law: An Analysis of Antitrust Principles Applied to Intellectual Property Law, the author of Innovation for the 21st Century: Harnessing the Power of Intellectual Property and Antitrust Law, and the editor of Critical Concepts in Intellectual Property Law: Competition. He has written more than 100 book chapters and articles in leading law reviews, has been quoted more than 1200 times in the media, and has been cited in courts including the U.S. Supreme Court. Professor Carrier has testified before the FDA, FTC, National Academies, and Senate Judiciary Committee (twice), and House Energy & Commerce Committee (twice); is a past chair of the Executive Committee of the Antitrust and Economic Regulation section of the Association of American Law Schools (AALS); and served on the 2016 ABA Antitrust Section’s Presidential Transition Task Force.

You can view his scholarly works via his SSRN Author Page.

The pharmaceutical industry presents some of the most important and challenging issues lying at the intersection of the patent and antitrust laws. On the one hand, patents play a crucial role in the industry, which is unique in the cost and duration of reaching the market. But on the other, a complicated regulatory regime and the event of generic entry (which dramatically lowers price and which the brand firm has interest in delaying) opens the door for potentially anticompetitive behavior. One area where this tension has surfaced in recent years has involved the settlement of patent litigation. In 2013, in FTC v. Actavis, the Supreme Court held that agreements by which brand-name drug companies pay generics to settle patent litigation and delay entering the market could have “significant anticompetitive effects” and violate the antitrust laws.

FTC v. Actavis: Where We Stand After 5 Years

It has been five years since FTC v. Actavis. In that landmark ruling, the Supreme Court held that settlements by which brand-name drug companies pay generics to settle patent litigation and delay entering the market could have “significant anticompetitive effects” and violate the antitrust laws. What has happened in these five years? For starters, the number of “pay for delay” settlements (involving payment and delayed entry) has declined.

Consumers suffer the scourge of high drug prices. Brand-name drug companies reap monopoly profits. But generic drugs, which promise lower prices, are often nowhere to be found. One reason is that brand firms have engaged in an array of conduct to block generics. In short: A sample is crucial. Without it, there is no generic.

On June 26, the Third Circuit held that payment includes more than just cash transfers. Judge Scirica, in a unanimous decision, wrote that Glaxo’s promise to Teva not to introduce an authorized generic version of epilepsy-and-bipolar-disorder-treating Lamictal was an “unusual, unexplained reverse transfer of considerable value.” And the court held that this transfer could “give rise to the inference that it is a payment to eliminate the risk of competition.”

Why Actavis Is Not Limited to Cash: Professors Brief in Lamictal

First, the Actavis decision is not limited to cash. The case itself involved not cash payments, but brand overpayments for generic services. In addition, the Supreme Court’s assertions on payments encompassed value from a generic’s reprieve from competition during its 180-day exclusivity period, as this period “can prove valuable, possibly ‘worth several hundred million dollars.’” Antitrust law makes clear that economic substance—not form—matters. And it does not make economic sense to apply Actavis to preclude antitrust scrutiny where, instead of overpaying for services, the brand pays the generic with real estate, gives the generic a lucrative business deal for free, or agrees not to launch its own generic version (known as an “authorized generic”).

The Supreme Court’s Actavis Decision, Or Why Pay-for-Delay Litigation Just Got More Active

In this case, the Supreme Court considered an arrangement by which brand firm Solvay paid generics Watson (now Actavis) and Paddock roughly $30 to $40 million to delay entering the market with generic versions of testosterone gel. The Eleventh Circuit upheld the activity, concluding that “absent sham litigation or fraud in obtaining the patent, a reverse payment settlement is immune from antitrust attack so long as its anticompetitive effects fall within the scope of the exclusionary potential of the patent.” The court explained that “[p]atent holders have a ‘lawful right to exclude others from the market’” and that a patent “conveys the right to cripple competition.”

The Supreme Court reversed the Eleventh Circuit, concluding that, while a valid patent allows a patentee to charge “higher-than-competitive” prices, “an invalidated patent carries with it no such right.” The Court recognized the policy encouraging settlements. But for five reasons, it found that that policy did not dictate immunity for pay-for-delay settlements.

In the past several years, the Second, Eleventh, and Federal Circuits have upheld these settlements (known as “reverse payment” agreements since the money flows from the patentee to the alleged infringer rather than the other way around). These courts have focused on the benefits of settling cases and the presumption of patent validity, and they have explained that payments fall within the “scope of the patent.” In contrast, the Third Circuit recently applied more aggressive scrutiny, rejecting the scope test and finding that payments for delay were “prima facie evidence of an unreasonable restraint of trade.”

One of the most complex issues in antitrust and patent law today involves agreements by which brand-name drug companies pay generics to delay entering the market. In the past decade, with the Supreme Court showing no interest in wading into the area, the Federal, Second, and Eleventh Circuits have upheld these agreements. And, with each court relying on its sister court, a momentum had developed that made it nearly impossible to discern a role for antitrust scrutiny. The Third Circuit just found that a reverse payment was “prima facie evidence of an unreasonable restraint of trade.”