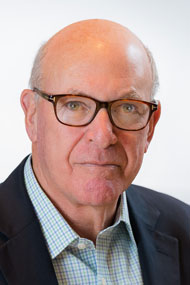 is President of PMC. Mr. Holtzman coordinates the company’s licensing program. He served as General Counsel from 1996 to 2014. Since 1973, and prior to joining PMC, Mr. Holtzman practiced as a civil litigator, beginning his legal career with Fulbright & Jaworski in Houston, Texas. He then co-founded Houston’s Holtzman & Urquhart where he remained in private practice until 2001. Mr. Holtzman has since devoted his full time to PMC. He has been a frequent lecturer to business and professional groups and has co-edited a number of legal publications. He was also a lecturer at the University of Houston for five years. He has been named to IAM magazine’s “Top 40 Market Makers.” Mr. Holtzman holds a B.A. degree from Rice University and a J.D. from the University of Texas School of Law.

The next several weeks will see much wringing of hands and gnashing of teeth about Allergan’s transaction with the Saint Regis Mohawk Tribe. Our point is not to engage in futile “what about-ism…” but rather to illustrate how the PTAB is inherently subject to gamesmanship — from all directions — that destroys systemic credibility, which is undeniably bad for all parties, not just the one whose ox got gored today. As an administrative tribunal, the PTAB isn’t limited to resolving actual “cases or controversies” between parties like Article III courts are. The gates are open to all comers, and so are the unintended consequences.