“[T]he PTAB is inherently subject to gamesmanship — from all directions — that destroys systemic credibility, which is undeniably bad for all parties, not just the one whose ox got gored today.” 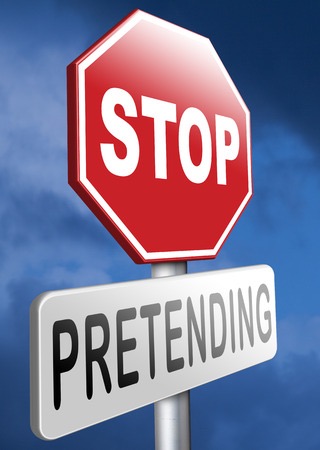 The next several weeks will see much wringing of hands and gnashing of teeth about Allergan’s transaction with the Saint Regis Mohawk Tribe designed to insulate drug patents from Inter Partes Review challenges at the Patent Trial and Appeal Board. Opponents of strong patent protections will use this transaction as an indictment of the patent system, arguing it was never Congress’s intent for this to happen. As is frequently the case, such criticism is half right – and misses the bigger picture. To give away the ending: the right place to adjudicate patents is long-established Article III courts[1] not the ill-considered PTAB.

Unquestionably Congressional intent is entirely quiet on the subject of transferring patents to a sovereign entity and then entering into an exclusive license. Equally unquestionable is that accusations of gamesmanship, like this one from Joe Nocera in Bloomberg, could be leveled at groups trying to kill patents too.

Our point is not to engage in futile “what about-ism…” but rather to illustrate how the PTAB is inherently subject to gamesmanship — from all directions — that destroys systemic credibility, which is undeniably bad for all parties, not just the one whose ox got gored today. As an administrative tribunal, the PTAB isn’t limited to resolving actual “cases or controversies” between parties like Article III courts are. The gates are open to all comers, and so are the unintended consequences.

Consider the mirror image of the tribal arrangement Nocera bemoans. Unified Patents describes itself as “The Anti-Troll,” whose goal is protecting its subscribers from bad patents. Unified launched in 2012 precisely to take advantage of the IPR process and exploit loopholes in patent owners’ protections that were ostensibly codified in the America Invents Act:

An equally opportunistic player is the angelically named Coalition for Affordable Drugs. The unquestionably bright and successful people behind this do-gooder-sounding organization short drug companies’ stock. Then they file an IPR to kill the patents which constitute the company’s market value. Sometimes they’re successful, sometimes not. Regardless, though, the additional uncertainty has to factor into the discount rate used by financial analysts to present value drug companies’ future earnings.

Surveys routinely show terrible opinion ratings for Congress, but it’s unlikely that even Congressional drafters intended for speculators to use IPR to make statements like, “Nice little patent ya got there. Be a shame for something to happen to it….” Is there any reason we can’t send a demand letter to a patent owner suggesting they pay me $50,000 or else we’ll file an IPR? Any reason we can’t send thousands of those demand letters???

These are just three examples of clever people driving trucks through the PTAB’s loopholes. Article III courts are not without problems, but over the last couple hundred years, the opportunities to game the system have largely been identified and resolved. Allergen’s critics should trade some of their sanctimony for principled argument. Doing so would lead to the conclusion that patent law should go back to the courts, where gamesmanship – on both sides – doesn’t make a mockery of the entire system.

[1] Federal District Courts, the U.S. Court of Appeals for the Federal Circuit, and the U.S. Supreme Court.

Gerald Holtzman is President of PMC. Mr. Holtzman coordinates the company’s licensing program. He served as General Counsel from 1996 to 2014. Since 1973, and prior to joining PMC, Mr. Holtzman practiced [...see more]