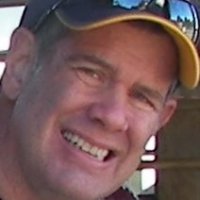 The Federal Circuit has been reversed so often by the Supreme Court it seems that at least some of the Judges on the Court have simply decided the take away message is the Supreme Court does not like patents. When faced with a decision about whether to find a patent valid or invalid they simply err on the side of finding the patent invalid, which seems safer and in keeping with what the Supreme Court would do… Such a level of subjectivity leads to chaos, and is driving innovation and innovators to Europe and China. Indeed, there are a growing number of software related innovations that cannot receive patents in the U.S., but which are patented in Europe and China. A decade ago we would have written the exact opposite.

Congress Initially Rebuffs SCOTUS Dominance of Patent Law, But Not for Long

The chaos created by this forum shopping was exacerbated by differing views of what in these rulings by SCOTUS was holding, and what was simply dicta.  Together with the enactment of Bayh-Dole (which sought to alleviate the prior dismal record of commercialization of federally-sponsored research where the federal government retained the patent rights), Congress created the United States Court of Appeals for the Federal Circuit as the successor to the CCPA, as well as to supplant all other circuit courts as the arbiter of patent law jurisprudence, effective as of 1980.  Creation of the Federal Circuit was also at least an implicit (and more likely, explicit) warning to SCOTUS to tread carefully on patent law jurisprudence and to let the Federal Circuit do the heavy lifting without significant interference or meddling from the highest court in the land. For almost two decades, SCOTUS seemed to heed that warning, rarely interfering with Federal Circuit precedent… But beginning with the eBay case in 2006, SCOTUS started an almost relentless series of rulings which meddle with, chastise, and overturn longstanding Federal Circuit precedent, often using the rubric that the Federal Circuit’s ruling/precedent was “too rigid,” or “too inflexible.”

Why is SCOTUS Creating a Federal Common Law of Patents?

What makes SCOTUS’s assertions in patent law jurisprudence that there are these “exceptions” or additional “requirements” particularly annoying to many of us in the patent bar is that patent law is essentially statutory.  In other words, there should be no “federal common law of patents” that allows SCOTUS (or any other court for that matter) to make “exceptions” to or make additional “requirements” for what is already expressly written in the patent statutes.  Indeed, in other areas of federal law, SCOTUS has made it abundantly clear that “federal common law” doesn’t exist.  The most famous example is Erie v. Tompkins where SCOTUS overturned its prior view of a “federal common law” applicable in cases involving diversity jurisdiction.  So we in the patent bar may rightly ask:  why does SCOTUS believe it can create what is, in essence, a “federal common law of patents” to supplant or modify the existing patent statutes?

Jazz Pharmaceuticals: Does the Federal Circuit Really Understand the Dichotomy in the Printed Publication Bar?

Unfortunately, Lourie’s opinion in Jazz Pharmaceuticals (equally mindless in my opinion) simply latches onto Prost’s words in Suffolk Technologies that a “printed publication need not be easily searchable after publication if it was sufficiently disseminated at the time of it publication” to reject Jazz Pharmaceuticals’ entirely valid point that there was no substantial evidence provided to PTAB on the “searchability or indexing” of these ACA materials in saying: “neither indexing nor searchability was required.” That might be true if these ACA materials had actually been disseminated (distributed) to the relevant audience. But “squint as I may,” I see nothing in the factual record described by Lourie in his opinion that says (at least clearly to me) that anyone in the relevant audience had actually received these ACA materials (or had at least had these ACA materials given/distributed to them) prior to the critical December 17, 2001 date.

Reflections on Oil States: Are There Silver Linings Amidst the Doom and Gloom?

That being said, and following up on the feeling of “doom and gloom” many of us had upon initial issuance of the Oil States decision, there is some reason for hope here in at least reigning in some of the impact of IPRs. The majority opinion concludes by “emphasiz[ing] the narrowness of [its] holding,” i.e., it only addresses the 7th Amendment and Article III challenges. Or as I’ve characterized this portion of the majority opinion, it suggests the wrong questions were asked by Oil States. Instead, it suggests Oil States should have asked the following questions: (1) was retroactive application of IPRs proper, even though that procedure was not in place when Oil States’ patent issued?; and (2) may IPRs be challenged on “due process” and “takings clause” grounds (stating that “our decision should not be misconstrued as suggesting that patents are not property for purposes of the Due Process Clause or the Takings Clause”). With reference to the second question, note in particular that the majority cited the Florida Prepaid case which relates to 11th Amendment sovereign immunity of the states and their institutions. That citation has direct implications in the University of Minnesota’s appeal to the Federal Circuit of PTAB’s ruling (wrong in my view and others) in the Ericsson decision that state institutions (such as state universities) waive their 11th Amendment sovereign immunity in IPRs if they have brought a separate patent infringement suit in federal district court.

Shadow Advocacy: A Look Inside the Amicus Process

Paying due homage to the TV series, The Twilight Zone, you have now entered the strange world of “shadow advocacy,” aka the amicus process. Indeed amicus advocacy has taken on increasing importance in recent years in the IP law world generally, and in the patent law world specifically, as witnessed, for example, by the Mayo, Myriad, and Alice cases which reached as high as the U.S. Supreme Court (aka, SCOTUS), as well as Sequenom’s failed petition for certiorari which garnered almost two dozen separate amicus briefs in support, including two from organizations outside the U.S. Shadow Advocacy: A Look Inside the Amicus ProcessBecause the stakes in this “shadow advocacy” world have never been higher, the amicus process has recently and unfortunately been turned sometimes into a “propaganda campaign” where briefs express not just viewpoints, but also try to influence the decision-makers, be they federal appellate judges or Supreme Court Justices, as to what those “facts” are.

The Problematical IPR Proceedings of the AIA: BRI, Reviewability, Constitutionality

In three related decisions (most recently including a denial of rehearing en banc by a badly divided 6-5 decision issued concurrently with reissuance of the earlier panel decision) titled In re Cuozzo Speed Technologies, the Federal Circuit has held: (1) claim construction in IPR proceedings is governed by the prosecution standard of “broadest reasonable interpretation,” rather than the adjudicatory standard applied in the district courts (i.e., claim terms have their “ordinary and customary meaning” per the 2004 Federal Circuit decision of Phillips v. AHW Corp.); and (2) the Federal Circuit lacks appellate jurisdiction to review the PTAB’s decision to institute an IPR proceeding. Whether the AIA permits appellate review of improperly instituted IPR proceedings, the Administrative Procedures Act clearly permits such appellate review.