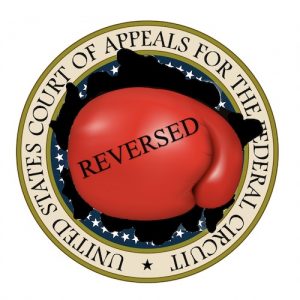 What also helped in those early days of the Federal Circuit was the presence of Judge Giles Rich, who was then and continues to be highly respected by the Justices of the Supreme Court.  Therefore, any ruling by the Federal Circuit involving Judge Rich that might be viewed by the Justices as pushing back on Supreme Court patent law jurisprudence was more likely to go unchallenged by them and understood as refinement rather than a challenge in a confrontational sense.

How did these Judge push back? They understood that the Supreme Court would address patent matters only occasionally, and they would speak in broad language about particular facts. It is hardly revolutionary, and in fact is taught in every law school in the country. Facts matter to the analysis of a case. Somewhere along the way, however, the Federal Circuit lost those fundamental lessons from first year law school about analyzing the facts of the case and applying the law to those peculiar facts. Instead, the Court has over recent years increasingly read deep into Supreme Court language, well past what was actually said, in search of some deeper meaning that simply is not present in the language itself.

Take for example Mayo Collaborative v. Prometheus Labs, 132 S.Ct 1289 (2012). The patent claim considered by the Supreme Court related to a method of optimizing therapeutic efficacy for treatment of an immune-mediated gastrointestinal disorder. The claims were exceptionally simplistic, and industry experts universally seemed to believe the claims were unpatentable because the claims lacked novelty, or if they were barely enough to overcome the novelty threshold they certainly were obvious. Yet, the Supreme Court decided the claims were patent ineligible. Did these poorly crafted claims that were directed to subject matter that was not new or which was clearly obvious need to throw the biotechnology industry into disarray? Finally, earlier this year the Federal Circuit saw a medical treatment claim that they agreed was patent eligible in Vanda Pharmaceuticals v. West-Ward Pharmaceuticals, 887 F.3d 1117 (2018). But numerous questions remain around the viability of medical diagnostics, and the Cleveland Clinic has stopped pursuing medical diagnostics research because they are unable to obtain funding from investors for start-ups because the perception in the industry is there is a per se prohibition against patenting medical diagnostics. There is no per se prohibition, but it is also not inaccurate to notice there is a lack of cases showing medical diagnostics being confirmed valid, so from an investors point of view there might as well be a per se prohibition. So, believing there is no per se legal rule that prohibits patenting medical diagnostics misses the point of the damage that has been done by the Supreme Court’s Mayo decision and the Federal Circuit’s continued blind adherence to following Mayo even when presented with very good claims, covering revolutionary innovations that deserve patents because they are useful, novel, non obvious and even pioneering. See Ariosa v. Sequenom discussed here, here and here.

The Federal Circuit has been reversed so often by the Supreme Court it seems that at least some of the Judges on the Court have simply decided the take away message is the Supreme Court does not like patents. When faced with a decision about whether to find a patent valid or invalid they simply err on the side of finding the patent invalid, which seems safer and in keeping with what the Supreme Court would do.

Everyone in the industry understands what has happened. The Supreme Court has punted on defining the term abstract idea. We learn at a very early point in our legal careers, usually no later than our first Constitutional Law class, that at the critical moment of understanding, the point where the Supreme Court is about to answer the important question presented by the case, the Court refuses to answer the question. Almost universally, in all areas of law, the Court will engage in legally hand waving, saying that the “lower courts” will be able to figure out the parameters as cases are presented and based on the broadest of statements that provide little or no guidance on the key issue presented. It can take a generation or two in order to get critical questions answered as cases and issues languish in a federal judiciary that takes many years through litigation, appeal and ultimately to reach the Supreme Court, and that is if the Court even accepts the appeal.

In the patent scenario, the Supreme Court engaged in this hand waving regarding the definition of abstract idea because they don’t know what is an abstract idea and they were hoping that the Federal Circuit would eventually bail them out. This cat and mouse game the Supreme Court plays with litigants, the law, the public and inferior Judges isn’t fair, but that means the obligation to explain the law in terms that can be applied in concrete, understandable, predictable and repeatable measures falls to other Constitutional Judicial Officers who must take their roles more seriously than the Supreme Court takes their role. The Federal Circuit in generations past would step up and make sense of the nonsense, settle the law, and prevent Supreme Court decisions from destroying the patent system. Since 2006, however, the Federal Circuit has increasingly retreated and the patent system has paid the consequences.

“[B]oth this court and the Supreme Court have found it sufficient to compare claims at issue to those claims already found to be directed to an abstract idea in previous cases,”Judge Hudges wrote in Enfish, LLC v. Microsoft Corp., 822 F.3d 1237 (Fed. Circ. 2016), describing something of a passive aggressive contest between rivals to assert dominance. Since the Supreme Court hasn’t defined the term abstract idea the Federal Circuit hasn’t found it necessary to define that critical term either. So the industry suffers. But this quote from Enfish clearly demonstrates that the Federal Circuit recognizes the Supreme Court has not defined the term abstract idea, and also clearly tells us they are not about to do it either. Instead, the Federal Circuit finds it sufficient to continue without defining this critical term and instead engaging in a matching game to determine whether the claims at issue in any particular case are like claims previously decided to be abstract, or they are like claims previously decided to be patent eligible.

It is no wonder the outcome of patent eligibility rules seems panel dependent. The test — an admitted matching test — is purely subjective. Unbelievable is too over used a word, but the only dignified word to use to describe how the flash of creative genius subjectivity has reappeared under the guise of patent eligibility. The hunt for the inventive concept is no different than the flash of creative genius test. It is untethered, subjective and seeks to pick and choose what is patentable based on subjective perceptions using undefined criteria.

On some level it is difficult to get upset with what Judge Hughes wrote in Enfish, after all, the patent owner did prevail and the decision does provide important insight into how to draft software patent applications so the claims will be patent eligible. And as repulsive as the after the fact matching employed by the Federal Circuit is, what Judge Hughes wrote is perfectly true and completely honest. Anyone who has read Federal Circuit cases in this area knows the Federal Circuit is not really trying to arrive at a sensible, repeatable, predictable, objective test. Instead, they start with the presumption that the Supreme Court does not like patents, and then they look at the claims of the patents involved and if those claims cannot be very closely analogized to claims that have previously been found to be patent eligible then the patent owner loses.

Such a level of subjectivity leads to chaos, and is driving innovation and innovators to Europe and China. Indeed, there are a growing number of software related innovations that cannot receive patents in the U.S., but which are patented in Europe and China. A decade ago we would have written the exact opposite.