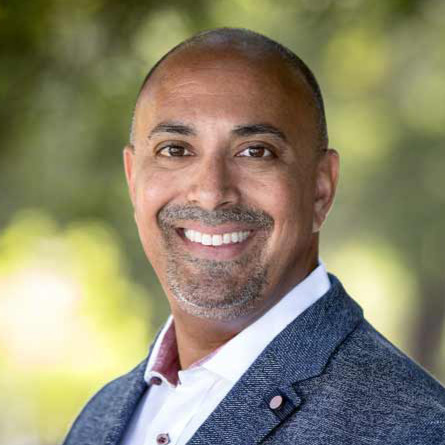 Arvin Patel is an American inventor, innovator, and entrepreneur. He currently serves as Nokia‘s Chief Licensing Officer of New Segments.

As Policymakers Say They Want to Rein in Big Tech, Others Seek to Give It Even More Power

Over the past several years, Congress has raised a long overdue microscope to Big Tech and its worst practices and as a result, the relationship between Washington, DC and Silicon Valley has changed tremendously. Rather than being feted by policymakers, Big Tech is now being forced to answer tough questions. Elected officials are now more aware of Big Tech’s reach and impact on our elections, security, and data collection – and they are not liking what they see.  These companies have intruded on nearly every aspect of American lives and have avoided any responsibility or accountability.

The United States Must Step Up Its Support for R&D, Education

History is often defined by its most important technology, giving us eras such as the Bronze Age and the Industrial Revolution. Given their importance, the modern era may go down as the Semiconductor Age. But unless the United States begins making needed investments in this and other key technologies, the future may wind up being the Age of China. It is hard to overstate the importance of semiconductors. The most sophisticated of these computer chips help to control computers, airplanes, and even modern weapons systems. Less sophisticated versions are still critical components of our daily lives and power automobiles, TVs and home appliances. From an economic and national security standpoint, controlling our supply of semiconductors should be essential. Yet, U.S. companies have spent decades outsourcing and consolidating the manufacturing of this essential technology to other countries.

President Joe Biden’s recent executive order was billed as “promoting competition in the American economy,” but is a prime example of why one should always read the fine print. Rather than boosting the technology and innovations that spur American competitiveness in the global marketplace, the Biden administration is pushing a directive that reinforces the dominance of technology giants like Apple and Google. Part of the executive order addresses the complex but essential way we protect those who develop standard technology – such as the shared technologies that make mobile communication possible across multiple networks. Standards enable critical technologies such as 5G, the Internet of Things, video transmission, artificial intelligence, and autonomous vehicles. Nations that develop these technologies and the standards they are based on will have a significant advantage in gaining the lead in the next industrial revolution.

As we celebrate World IP Day this week, the theme of which is “IP and SMEs [small and medium enterprises]”, we must remember that – from its founding – the United States’ economic success has depended on fostering an environment where innovators and entrepreneurs can dream big and achieve success. But that success is now at risk because our nation is lagging behind others in ensuring that everyone, everywhere, can access the most important tool of our time – the internet.

As America Falls Off Global Innovation Map, an IP-Friendly USPTO Pick is More Crucial than Ever

As is customary, President Joseph R. Biden has spent much of his first month in office building out his administration’s Cabinet. His nominations for Secretary of State, Treasury and Defense have already been confirmed by the U.S. Senate. Now, short lists are being assembled for who may fill his non-Cabinet-level positions. Much time and focus has been duly spent on Cabinet-level positions, but there are other government agencies that have a major impact on the U.S. economy. There have been a lot of rumors surrounding Biden’s pick to head the United States Patent and Trademark Office (USPTO), and for good reason. Today, as America continues to recover from COVID-19 and its consequences, this position may be more important than ever before.

When Joe Biden became President-elect Biden, he asked us to imagine a new, more hopeful version of America. He urged us to work toward leaving a “grim era” behind – a COVID-19 outbreak, economic devastation, social unrest, and a contentious election. It won’t be easy to recover, and it will require that Americans do something recently seen as undoable – unite, cooperate, and innovate. President-elect Biden immediately took a step in the right direction, though, pledging to be a president who “does not see red or blue states, but United States.” His economic priorities are also clearly expressed in the first sentence of his Build Back Better economic plan, which states, “Joe Biden believes to his core that there’s no greater economic engine in the world than the hard work and ingenuity of the American people.” These are encouraging sentiments, but to make more substantial inroads his rhetoric will hopefully be supported by real policy. Improving the protection of America’s intellectual property (IP) is an economic opportunity that he needs to capitalize on.

Societies are always most vulnerable in times of crisis. Right now, America is in the midst of the COVID-19 outbreak, subsequent economic devastation, and justified nationwide protests for social and criminal justice reform—perhaps an unprecedented level of unrest. As such, it is also perhaps more important than ever for us to demonstrate our ability to unite, cooperate, and innovate. Fortunately, through the improved protection of our intellectual property (IP), America has an opportunity to do exactly that. COVID-19 has demonstrated the equal importance of encouraging and protecting America’s innovators. Worldwide manufacturing shutdowns, part of the global effort to slow the spread, exposed our country’s reliance on China for many of our basic necessities and raw materials. America often generates the ideas of tomorrow. But, until we can generate the ensuing products as well, independence from China will be impossible. This reliance, and lack of investment in domestic production, is proving to have serious consequences.