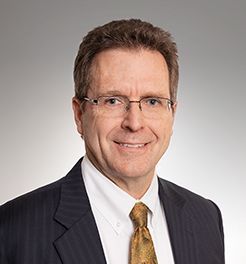 is a partner at Foley Hoag LLP in Boston. His most recent article is Double Jeopardy: Patents of Invention as Contracts, Invention Disclosure as Consideration, and Where Oil States Went Wrong, 30 FORDHAM INTELL. PROP. & ENT. L.J. 645 (2020).

On November 17, 2020, in SIPCO LLP v. Emerson Electric Co., No. 2018-1635, slip op. (Fed. Cir. Nov. 17, 2020), the Court of Appeals for the Federal Circuit extended the reasoning of the Supreme Court in Thryv, Inc. v. Click-to-Call Technologies, LP, 140 S. Ct. 1367 (2020) barring appeal of decisions to institute inter partes review (IPR) under 35 U.S.C. § 314(d), and held that decisions made by the Patent Trial and Appeal Board (PTAB) to institute proceedings for covered business methods (CBMs) are not subject to appeal under 35 U.S.C. § 324(e). While the CBM transitional program of the America Invents Act (AIA) expired on September 16, 2020, the statutes applied when instituting and conducting review under the program were those of post-grant review (PGR) (under § 18(a)(1) of the AIA), and so the effect of the Federal Circuit’s decision in SIPCO is likely to be much more far-reaching.

In Part I of this article, we briefly summarized how O’Reilly v. Morse was relied upon in the denial for rehearing in the recent case of AAM v. Neapco to assert that a patent claim to a method of making a motor vehicle axle failed to qualify as patent eligible subject matter under 35 U.S.C. § 101. The concurring opinions concluded that claim 22 of the patent at issue, U.S. 7,774,911, “merely invoked” natural law, and did not describe what had been obtained in the patent. Consequently, as in O’Reilly v. Morse, the claim was “too broad, and not warranted by law.”  We also noted an apparent paradox in that, while claims cannot preempt natural law and must be supported by an enabling specification, they necessarily must be able to read on embodiments that incorporate later-developed technology. The key to resolving this dilemma is the notion of invention, which was the basis for the holding by the Court of the King’s Bench in Hornblower v. Boulton.

Morse Code: Is There a Message Behind the Federal Circuit Split in American Axle v. Neapco? (Part I of II)

It may seem surprising that the patent eligibility of making an axle for a motor vehicle could be so divisive among judges of a court tasked by design with the most difficult questions of patent law. And this internal division might appear particularly surprising given that the roots of the views expressed among the judges in the split decision by the Court of Appeals for the Federal Circuit in American Axle & Mfg., Inc. v. Neapco Holdings LLC et al., Case No. 2018-1763, slip op. (Fed. Cir., July 31, 2020) pre-date a famous 170-year old Supreme Court decision involving Samuel F. B. Morse’s telegraphy method, which was featured by the concurring opinions in the denial of the petition to rehear the case en banc. When viewed in a larger context, however, the most significant realization might be a unifying and constructive underlying message from the Federal Circuit bench.

Patent Eligibility of Diagnostic Tools: Utility as the Key to Unlocking Section 101

A petition for certiorari was filed on October 1 in the case of Athena Diagnostics v. Mayo Collaborative Services asking the question: “Whether a new and specific method of diagnosing a medical condition is patent-eligible subject matter, where the method detects a molecule never previously linked to the condition using novel man-made molecules and a series of specific chemical steps never previously performed.” The petitioners hinge their argument throughout the brief on the novel beneficial utility of their claimed method…. However, benefit has not always carried the day in recent eligibility analyses….. Patent eligibility, considered to be the most important question facing the patent system, poses insidious problems under current jurisprudence to some of the most beneficial cutting-edge technology available today. What is most curious is that this problem apparently can be solved simply by reaching back to the foundations of modern patent law and the underlying requirement that inventions be “useful,” a term that has been baked into the statutory provisions since the first patent act.