“In view of the Federal Circuit’s extension of the logic applied in Thryv to CBMs, there appears to be no barrier to collapse of IPR and PGR, other than the Supreme Court’s ‘word that today’s opinion will not permit the Patent Office ‘to act outside its statutory limits.’” 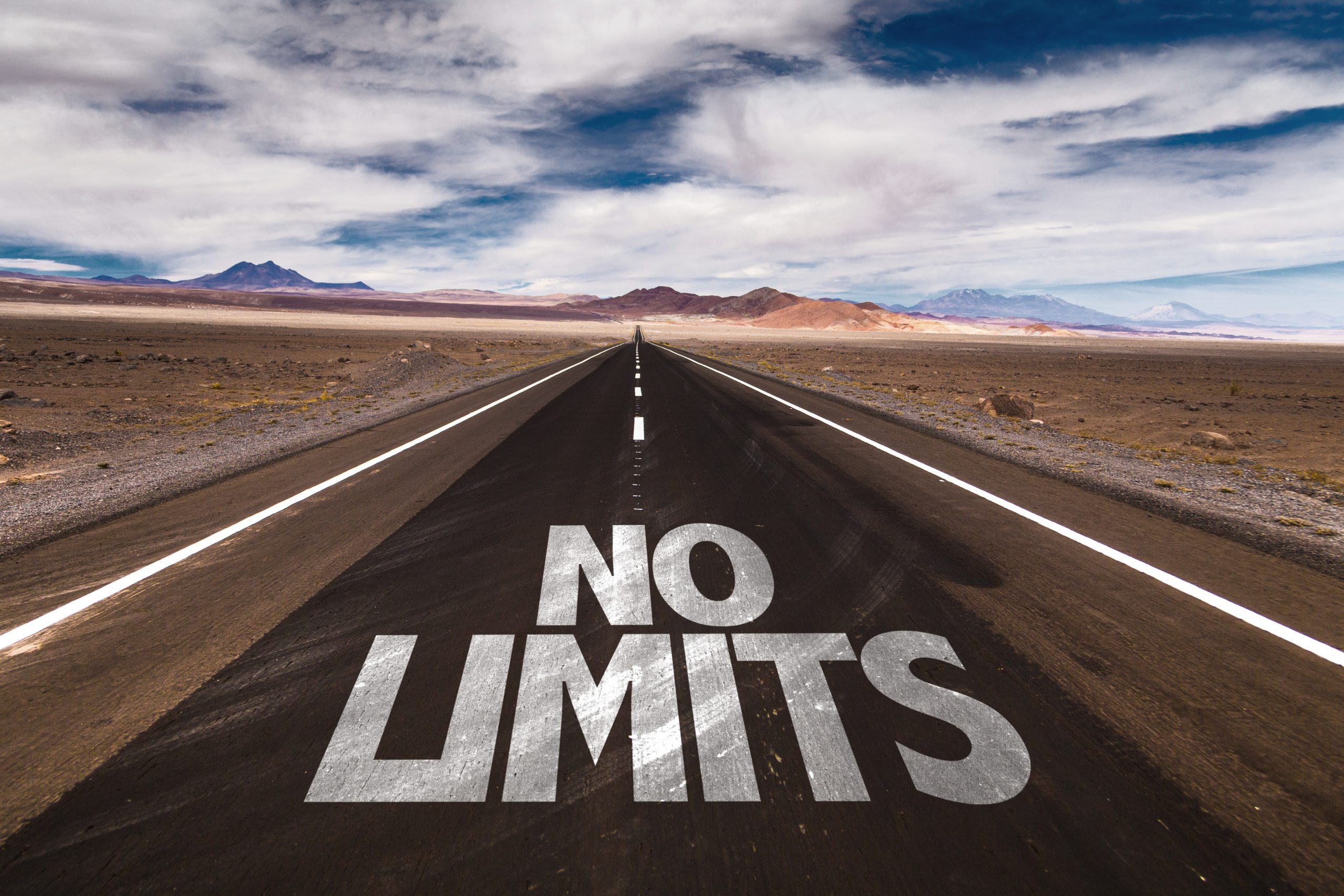 On November 17, 2020, in SIPCO LLP v. Emerson Electric Co., No. 2018-1635, slip op. (Fed. Cir. Nov. 17, 2020), the Court of Appeals for the Federal Circuit extended the reasoning of the Supreme Court in Thryv, Inc. v. Click-to-Call Technologies, LP, 140 S. Ct. 1367 (2020) barring appeal of decisions to institute inter partes review (IPR) under 35 U.S.C. § 314(d), and held that decisions made by the Patent Trial and Appeal Board (PTAB) to institute proceedings for covered business methods (CBMs) are not subject to appeal under 35 U.S.C. § 324(e). While the CBM transitional program of the America Invents Act (AIA) expired on September 16, 2020, the statutes applied when instituting and conducting review under the program were those of post-grant review (PGR) (under § 18(a)(1) of the AIA), and so the effect of the Federal Circuit’s decision in SIPCO is likely to be much more far-reaching.

SIPCO was decided on remand from the Supreme Court with an instruction to consider the intervening decision in Thryv limiting appeal from decisions to institute IPRs. The standard set by the Court in Thryv was taken, in turn, from Cuozzo Speed Technologies, LLC v. Lee,  136 S. Ct. 2131 (2016) barring review “of matters ‘closely tied to the application and interpretation of statutes related to’ the institution decision.”

In Thryv, the Court viewed Cuozzo as holding that 35 U.S.C. § 314(d) “can bar challenges rooted in provisions other than § 314(a).”  For Justice Ginsburg and the majority in Thryv, the scope of Section 314(d)’s prohibition against appeal of determinations by the Director to institute inter partes review extended beyond the § 314(a) prerequisite of a “reasonable likelihood that the petitioner would prevail with respect to at least 1 of the claims challenged in the petition.” In Cuozzo, the statutory provision was the requirement under 35 U.S.C. § 312(a)(3) that the petition identify “in writing and with particularity, each claim challenged, the grounds on which the challenge to each claim is based, and the evidence that supports the grounds for the challenge to each claim….”  As applied in Thryv, the matter “’closely tied to the application and interpretation of statutes related to’ the institution decision” was § 315(b)’s one-year time limitation to file a petition requesting inter partes review. Neither Section 312(a)(3) nor Section 315(b) are “rooted in” the “reasonable likelihood” of prevailing set forth in Section 314(a).

Justice Gorsuch, in dissent from the majority opinion in Thryv, sharply criticized the majority’s reading of Section 314(d) in Thryv, stating that the phrase “under this section” of Section 314(d) limited the availability of appeal only to the paragraphs under Section 314, namely the threshold, timing, and notice criteria for institution of IPR. As stated by Justice Gorsuch in Thryv, “Congress knew exactly how to give broader directions like the one Thryv imagines when it wished to do so,” and cited Section 314(b), which states, in contrast, that “[t]he Director shall determine whether to institute an inter partes review under this chapter….”

In Cuozzo, the Court said that the bar to appeal under Section 314(d) applies under either of two conditions:

where a patent holder merely challenges the Patent Office’s “determin[ation] that the information presented in the petition…shows that there is a reasonable likelihood” of success “with respect to a least 1 of the claims challenged,” § 314(a), or

where a patent holder grounds its claim in a statute closely related to that decision to institute inter partes review….

An Argument to Preserve Judicial Review

With this understanding of Cuozzo, then, and as argued by Justice Gorsuch, issues raised under other sections of Chapter 31 (entitled “Inter Partes Review”) would be outside the purview of Section 314(d). The span of Section 314(d) would be limited to the paragraphs under Section 314. Other provisions relating to institution of IPR would be appealable, and there would be no need to “displace the usual presumption favoring judicial review of agency action,” as recited by Justice Ginsburg, or to “overcome the ‘well-settled presumption favoring interpretations of statutes that allow judicial review of administrative action,’” as recited by Justice Gorsuch.

Justices Alito and Sotomayor, concurring in part and dissenting in part in Cuozzo, understood, as did Justice Ginsburg, the scope of the holding in that case to be broader than the literal meaning of “this section” under Section 314(d). Expanding on a denial by the majority in Cuozzo that “shenanigans,” such as “due process problems” or an “interpretation [that would] enable the agency to act outside its statutory limits,” Justices Alito and Sotomayor invoked an uncanny portent (a word they also used) of future majority decisions by the Supreme Court and the Court of Appeals for the Federal Circuit. Specifically, Justices Alito and Sotomayor warned that the majority decision in Cuozzo threatened to “undermine” a “carefully designed” three-tiered framework of PGR, IPR, and CBM patents, and presented alternative implications of a single hypothetical, none of which would be appealable under 35 U.S.C. §§ 314(d) or 324(e):

Suppose that the Patent Office instituted post-grant review on a petition filed 12 months (or even 12 years) after a patent was issued, and then invalidated a patent claim as indefinite under § 112 – a ground available in post-grant review but not in inter partes review…. Can Congress really have intended to shield such shenanigans from judicial scrutiny? …  The Court seems to think that we could overturn the Patent Office’s decision to institute “post-grant review” based on the untimely petition and declare that the agency has really instituted only “inter partes review.”  But how is that possible under today’s opinion?  After all, the petition’s timeliness, no less than the particularity [under 35 U.S.C. § 312(a)(3)] of its allegations, is “closely tied to the application and interpretation of statutes related to the Patent Office’s decision to initiate … review,” and the Court says that such questions are unreviewable.

To take things a step further, suppose that the Patent Office purported to forgive the post-grant  review petition’s tardiness by declaring the challenged patent a “covered business method patent,” even though the patent has nothing to do with financial products or services (it claims, say, a new kind of tempered glass)…. So is this specious determination immune from judicial scrutiny under the Court’s reasoning?

If judicial review of these issues is unavailable, then nothing would prevent the Patent Office from effectively collapsing Congress’s three-tiered review structure and subjecting all patents to broad post-grant review at all times. Congress cannot have intended that.

Recent history appears to have fulfilled the prophecy of Justices Alito and Sotomayor. In both Thryv and Facebook v. Windy City Innovations, slip op. (Fed. Cir. March 18, 2020, modified September 4, 2020) the Federal Circuit held that it lacked authority to review a decision by the PTAB to institute IPR beyond the one-year time bar under 35 U.S.C. § 315(b). (Twelve years in the case of Thryv.)(The PTAB’s decision to allow Facebook to join itself as party under 35 U.S.C. § 315(c) was appealable because the decision was made after institution.)  In SIPCO, the Federal Circuit held non-appealable under 35 U.S.C. § 324(e) a PTAB decision determining a claimed “device for communicating” information was not a “technological innovation” within the meaning of 37 C.F.R. § 42.301 and, therefore, qualified as a CBM.

Taking the Supreme Court at its Word

In view of the Federal Circuit’s extension of the logic applied in Thryv to CBMs, there appears to be no barrier to collapse of the remaining two tiers of IPR and PGR other than to take the Supreme Court’s “word,” as did Justices Alito and Sotomayor, “that today’s opinion will not permit the Patent Office ‘to act outside its statutory limits’ in these ways.” More broadly, the Court’s word will also have to be taken that the Patent Office will not be permitted to act outside constitutional limits, such as that of due process, and that the Supreme Court will not ignore any problem that would otherwise be reviewable under the Administrative Procedure Act, as alluded to by the majority in Cuozzo. Even so, quoting a statement by Chief Justice Marshall from United States v. Nourse, 9 Pet. 8, 28-29 (1835), Justice Gorsuch, in his dissent from the majority opinion in Thyrv, made the following salient point:

“It would excite some surprise if, in a government of laws and of principle…a department whose appropriate duty it is to decide questions of right, not only between individuals, but between the government and individuals,” a statute might leave that individual “with no remedy, no appeal to the laws of his country, if he should believe the claim to be unjust.”

is a partner at Foley Hoag LLP in Boston. His most recent article is Double Jeopardy: Patents of Invention as Contracts, Invention Disclosure as Consideration, and Where Oil States Went [...see more]