“Expect further developments in the passage of the designs package next year, as the details are debated in the European Parliament.” 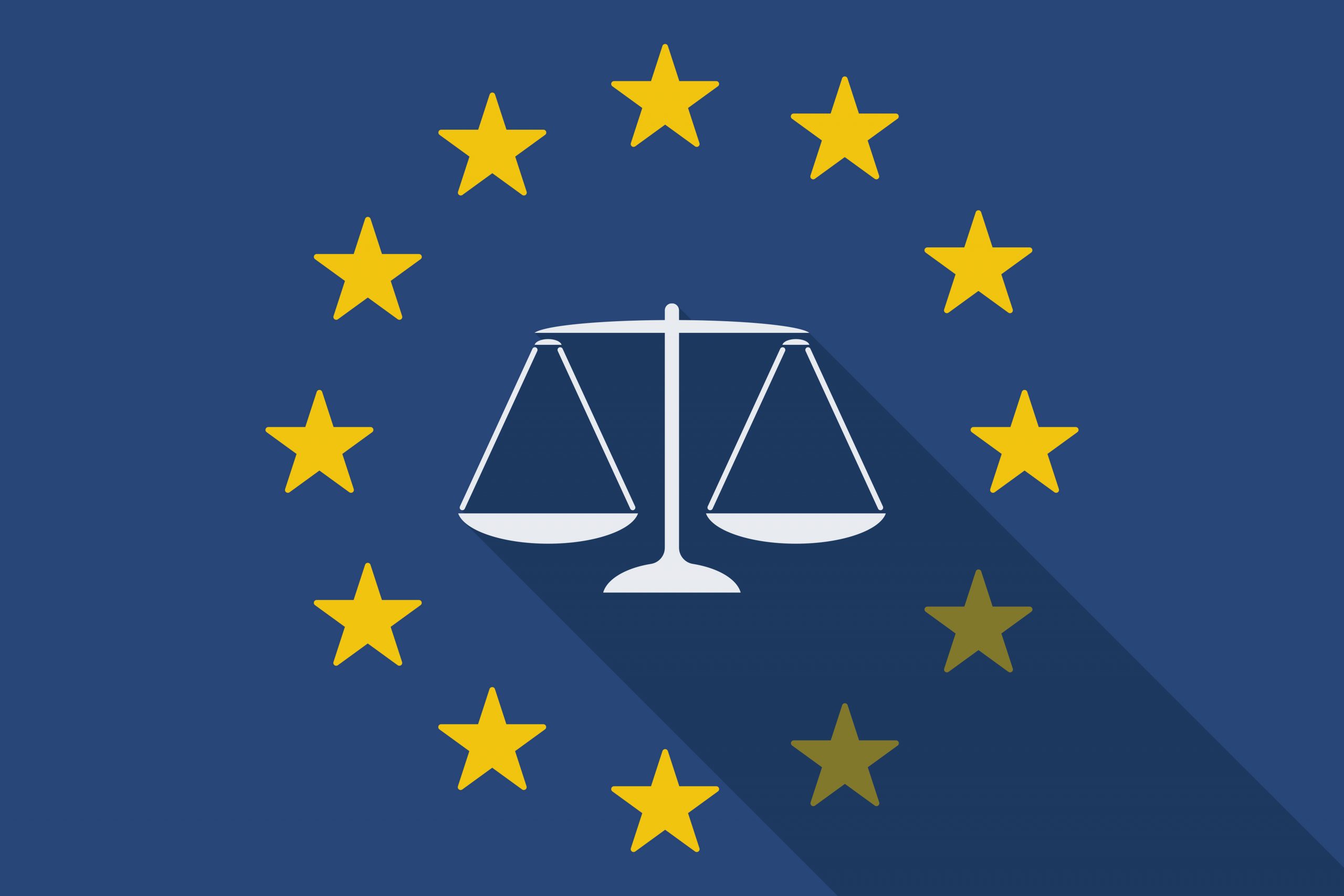 In this annual review, IPWatchdog summarizes trademark, design and copyright highlights in the EU and UK during 2022.

Following two years of (sometimes heated) discussions, the EU Digital Services Act (DSA) entered into force on November 16. The Act (also known as Regulation (EU) 2022/2065 of the European Parliament and of the Council of 19 October 2022 on a Single Market For Digital Services and amending Directive 2000/31/EC) regulates online platforms and search engines in the EU.

The DSA imposes certain requirements on service providers to tackle illegal content, including the sale of counterfeit products and non-authorized use of copyright material. Most platforms have until February 17, 2024, to comply. However, there are extra burdens on the very largest platforms (defined as those that reach more than 10% of the EU population or have more than 45 million users), such as Meta, Alphabet, Amazon, Apple, eBay and Netflix. They have to report user numbers to the European Commission by February 17, 2023.

In essence, the DSA updates the E-Commerce Directive to respond to changes in online communication. Among other things, it mandates notice and action mechanisms (Article 16), an internal complaint-handling system (Article 20) and the use of out-of-court dispute settlement (Article 21). It also provides for “trusted flaggers” (Article 22) and measures and protection against misuse (Article 23). There are certain reporting obligations for service providers. The maximum fine that can be imposed under the Act is 6% of annual worldwide turnover (Article 52).

There’s a lot in the DSA for online platforms to address, but there are also many aspects that impact trademark and copyright owners. All will need to pay close attention as the various aspects of the Act come into effect over the next 18 months.

Following Brexit, the UK is discussing its own approach to internet regulation. The Online Safety Bill is currently being debated in Parliament and it is not yet clear when it will be passed. However, IP matters are excluded from its scope.

On November 28 the European Commission adopted proposals for a revised Regulation and Directive on designs. The Commission said the revisions “will make it cheaper, quicker and more predictable to protect industrial designs across the EU”.

Most notably, the revisions introduce a “repair clause” providing that designs can be reproduced for spare parts of complex products such as cars—an issue that has been hotly debated in Europe for decades. The repair clause is included in Article 19 of the proposed Directive and Article 21a of the proposed Regulation.

This clause will have legal effect for future designs; designs already granted will remain covered for a transitional period of 10 years.

The proposals will be sent to the European Parliament and Council for adoption. Once adopted, EU Member States will have two years to transpose the Directive into national law. The Community Design Regulation will regulate pan-EU rights and most of its provisions will apply three months after its entry into force.

What constitutes bad faith on the part of an applicant continues to vex trademark practitioners in Europe, nearly three years after the CJEU judgment in Case C-371/18 Sky v SkyKick. 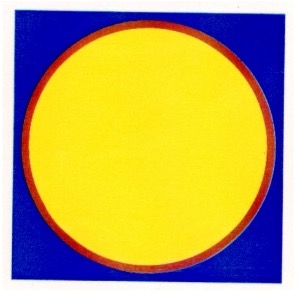 In the latest battle involving the issue in the UK courts, supermarket Lidl accused rival Tesco of infringing its blue and yellow logo. Tesco retaliated, arguing that the wordless form of Lidl’s mark (pictured) was registered in bad faith: it was filed for purely defensive purposes and successive applications filed over a number of years amounted to “evergreening” and were an abuse of the trademark system.

Writing the Court’s judgment, Lord Justice Arnold said, first, it was not correct for the first instance judge to say that Tesco’s argument that the wordless mark was applied for solely for deployment as a legal weapon is “no more than assertion” as all allegations in statements of case are assertions by parties as to the facts. As Lidl had not adduced evidence in its summary judgment application to show that that factual assertion was manifestly unsustainable, Tesco’s allegation must be assumed to be true.

Second, he said it was clear from the case law that “for an applicant to seek unjustifiably broad protection may amount to an abuse of the trade mark system which constitutes bad faith” and that whether it does constitute bad faith is a fact-sensitive question which depends on the applicant’s intentions. Lord Justice Arnold added: “I agree with the judge … that the question on a strike out application such as this is whether the statement of case pleads sufficient objective indicia to give rise to a real prospect of the presumption of good faith being overcome so as to shift the evidential burden to the applicant for registration to explain its intentions. In my view Tesco’s pleading does so.”

The bad faith claim can therefore go forward to a full trial, in what promises to be a hard-fought battle between two of the UK’s leading retailers.

Meanwhile, we have still not heard the last of SkyKick: in July the UK Supreme Court granted permission to appeal, with a hearing expected next year. (SkyKick UK Ltd and another v Sky Ltd and others UKSC 2021/0181.)

Since a change in 2019 that makes it much harder to appeal cases to the CJEU, the judgments of the EU General Court in trademark and design cases are getting more scrutiny.

The General Court hands down about 300 rulings each year in appeals from EUIPO Boards of Appeal arising from refusals, oppositions, and invalidation actions. We’ve selected two General Court judgments concerning EU trademarks from this year, and one CJEU judgment concerning a German trademark.

The first is Case T 768/20 Standard International Management LLC v EUIPO/Asia Standard Management Services Ltd. In this case, the Board of Appeal found that the trademark owner’s hotel services were located outside the EU, and that its advertisements and campaigns in the EU did not therefore amount to use of the mark (pictured) in the EU. The Court disagreed.

Zdút owns an EU trademark for Nehera (pictured), which was applied for in 2013 and registered in 2014. The Nehera family sought to invalidate the mark, arguing that Zdút was acting in bad faith as their grandfather (Jan Nehera) had used an identical mark in Czechoslovakia in the 1930s. The Board of Appeal agreed, noting that Zdút was aware of the name, and was seeking to pay tribute to it by resurrecting it.

But the Court said the Board erred in finding that the Czech mark had retained a “certain surviving reputation” and in finding that the name was still famous in 2013, when the EUTM application was filed. It concluded that Zdút was not free-riding and did not intend to take unfair advantage of the reputation of Jan Nehera and the former Czech mark.

Finally, in a judgment in March, the CJEU ruled that the burden of proof that a trademark has been put to “genuine use” rests on the proprietor of the mark, not on the applicant for revocation. (Case C-183/21 Maxxus Group GmbH & Co. KG v Globus Holding GmbH & Co. KG.) 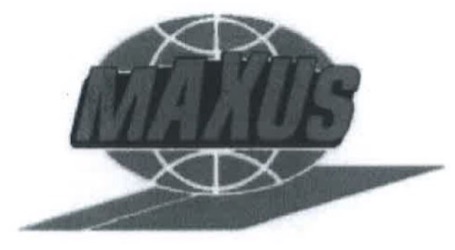 The Court said the Trade Marks Directive must be interpreted “as precluding a procedural rule of a Member State which, in proceedings concerning an application for revocation of a trade mark for non-use, requires the applicant to carry out market research concerning the possible use of that mark by its proprietor and to make in that regard, to the extent possible, substantiated submissions in support of its application.”

The case concerned revocation actions brought against the German word and figurative marks for MAXUS (pictured).

No review of the year would be complete without a case about pop plagiarism, and the biggest in 2022 concerned Ed Sheeran’s song “Shape of You”. In a judgment in the England and Wales High Court in April, Mr Justice Zacaroli ruled that the ‘Oh I’ phrase in Sheeran’s hit was not copied from grime artist Sami Chokri’s song “Oh Why.” (Sheeran & Ors v Chokri & Ors [2022] EWHC 827 (Ch).)

The judge found that: there were significant differences between the two phrases; that ‘Oh I’ originated from sources other than “Oh Why”; the totality of the evidence provided no more than a speculative foundation for Sheeran having heard “Oh Why”; he did not deliberately copy the ‘Oh I’ phrase from the “Oh Why” hook; and he did not subconsciously copy “Oh Why” in creating “Shape of You”.

Standing back from the detail, Mr Justice Zacaroli said that the use of similar elements was explained by reasons other than copying. The “one-in-a-million” chance of them being used together was only the starting point when considering whether one was copied from the other: “Listening to the sounds as a whole … the two phrases play very different roles in their respective songs. The [‘Oh Why’] Hook is the central part of the song, and reflects the song’s slow, brooding and questioning mood. Without diminishing its importance, the [‘Oh I’] Phrase plays a very different role: something catchy to fill the bar before each repeated phrase ‘I’m in love with your body.’”

In a subsequent ruling, the same judge rejected the defendants’ complaints about the conduct of Sheeran and his fellow claimants and awarded an interim payment of £916,200 ($1.1 million) in costs. (Sheeran & Ors v Chokri & Ors [2022] EWHC 1528 (Ch)).

Expect further developments in the passage of the designs package next year, as the details are debated in the European Parliament. Despite the extensive consultation already carried out, it is possible that changes will be made to the proposals before a final version is agreed.

As mentioned above, the UK Supreme Court will hear the SkyKick case concerning bad faith. A judgment can be expected before the end of the year.

Despite the difficulty of appealing General Court judgments to the CJEU, there are two interesting cases pending before the higher court: Case C-382/21, a designs case concerning priority of a patent, and Case C-801/21 (Basmati), arising from an opposition based on an unregistered UK trade mark that was decided after Brexit.

Meanwhile, the EUIPO Grand Board is also worth paying attention to, as it is taking on more cases to resolve inconsistencies between the Boards or to address contentious issues. A useful list of pending cases is published here. Two of them, concerning the validity of EU trademarks for Iceland, were heard in September in a public hearing that was streamed online.