“These overbroad state right-to-repair bills are unconstitutional because federal law secures to copyright owners the right to determine for themselves whether and how they make their works available to others.” 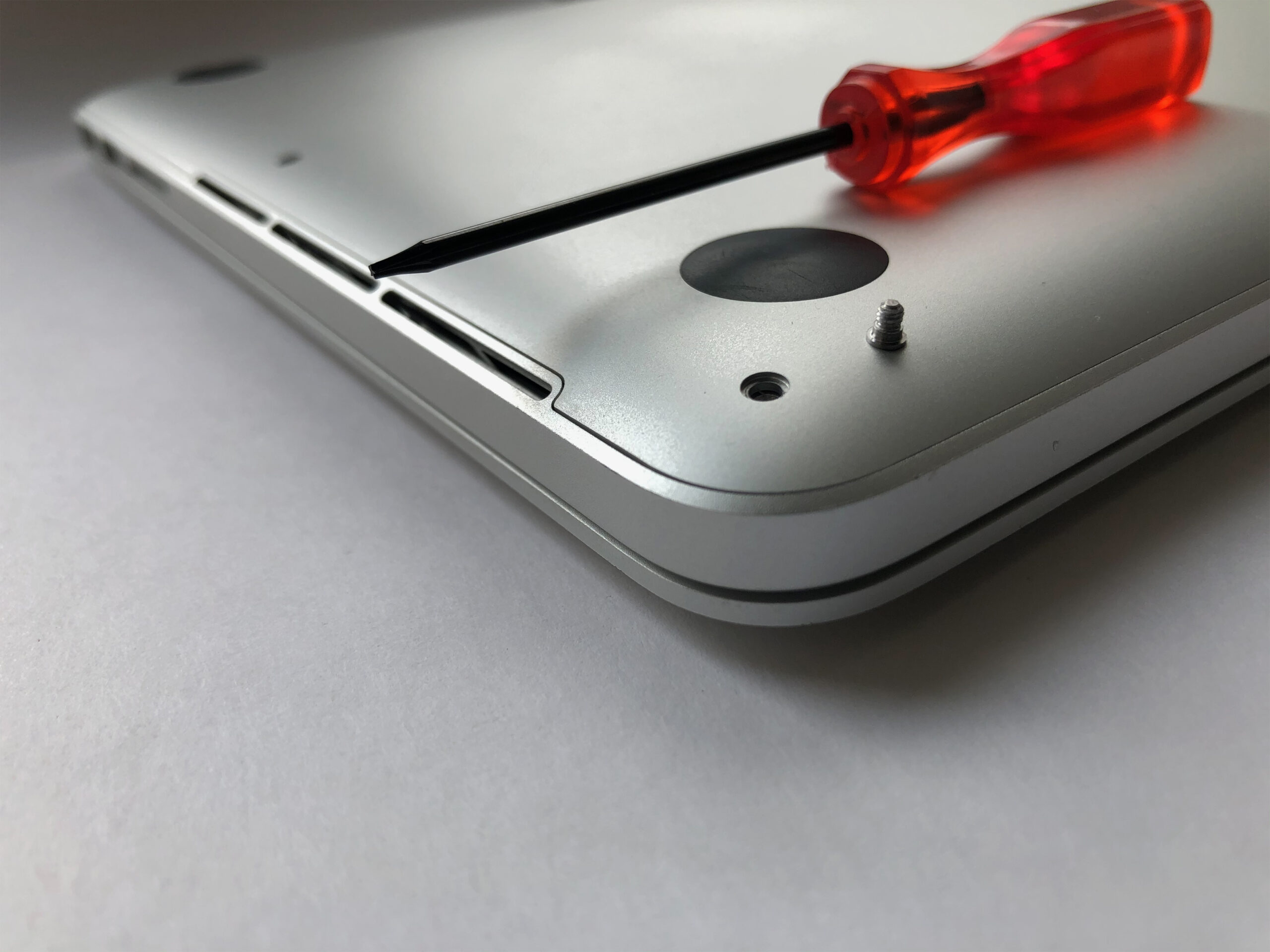 The right-to-repair movement has been making strides in recent years, as many states are now contemplating bills that would require electronic device manufacturers to make their parts, tools and know-how available to device owners and independent repair shops. While the goal of expanding repair opportunities for consumers is certainly laudable, repair advocates are pulling a fast one when it comes to the federal copyright law implications of their preferred state legislative solutions. As Professor Adam Mossoff and I explain in a new Hudson Institute policy memo, these proposed state right-to-repair bills are unconstitutional on their face because they directly conflict with the rights secured to authors under the federal Copyright Act. They are also the wrong policy since they would upset the legal and policy foundations that have led to the unprecedented success of today’s thriving digital marketplace. States should not waste valuable time and resources on harmful right-to-repair bills that will be struck down when they are inevitably challenged.

Supporters of the right to repair have long complained that “we’re really not free to do as we want with devices that we own” and argued that “we really don’t own our stuff anymore” because “current copyright law gets it backwards.” More recently, they have blurred the line between modification and repair, but the message remains the same: “You bought it, you should own it. Period.” They suggest that we really do not “own” our electronic devices because copyright law prevents us from doing certain things with them. Of course, property rights have never been absolute—just because you own a baseball bat does not mean that you can hit someone in the nose with it. But after years of acknowledging that copyright law is implicated when repairing electronic devices, repair defenders are noticeably silent when advocating for state right-to-repair bills that have obvious copyright repercussions. Given the intensity with which they have blamed copyright law for thwarting the right to repair, this sleight of hand hardly seems accidental.

The right-to-repair bills that states across the nation are considering would force device manufacturers to make available their copyrighted computer programs and the keys to the digital locks that protect their copyrighted works from unauthorized access and copying. These overbroad state bills are unconstitutional because federal law secures to copyright owners the right to determine for themselves whether and how they make these things available to others. Congress has already balanced the relative interests of authors and members of the public, and states are simply powerless under the American system of federalism to contradict Congress’s judgment. While policy advocates have the luxury of ignoring federal law, state legislators must take notice of the massive elephant in the room—the fact that under the Constitution, and its interpretation by the Supreme Court over the past two centuries, states have no power to enact laws that expressly or impliedly conflict with federal copyright law.

Right-to-repair supporters argue that anything standing in the way of device repair is contrary to the public good. This policy narrative downplays the key economic and social benefits of copyright law and ignores how copyright itself advances the public good by securing property rights to authors. The great triumphs of the digital marketplace over the past few decades stand testament to the fact that copyright law continues to serve us well as the central legal foundation of the creative industries. The prescience of our forebearers has proved remarkable. The Constitution grants Congress the power to enact copyright laws because the Founders recognized that copyright protections are essential to a flourishing society. They understood that the best way to advance the public interest is by empowering authors to pursue their private interests. Congress thus secures exclusive rights—property rights—to authors as a reward for their creative labors and as an incentive for them to profit in the marketplace from the dissemination of their works.

As society has made technological leaps forward, Congress has adapted federal copyright law to ensure that the rights of authors remain meaningful and relevant. For example, after some confusion among courts and commentators, it clarified in 1980 that computer programs constitute works of authorship that are secured by copyright protection. And when the popularity of the internet exploded in the 1990s, Congress recognized that copyright owners would be reluctant to share their works digitally given the ease of copying and distributing them online. To make certain that authors could safely embrace the new digital marketplace, it enacted the Digital Millennium Copyright Act (DMCA) in 1998. The DMCA secures the digital locks—such as encryption, password protection, and authentication codes—that authors use to protect their works from unauthorized access and copying. Congress understood that these new safeguards would undergird a prosperous digital ecosystem that benefits copyright owners and consumers alike.

Those campaigning for state right-to-repair bills rarely acknowledge any of the benefits of copyright law—a telling omission given that copyright is the launching pad upon which today’s burgeoning digital marketplace rests. The computer programs that make our devices run and the content that makes them enjoyable are copyrighted works. The explosive growth of online streaming and gaming platforms that deliver these works to our devices is due to the digital locks that protect against piracy and unauthorized access. It is abundantly clear that copyright law is working as intended: Consumers have a near-endless supply of digital content to enjoy at a reasonable price, and the people who create these wonderful things are compensated fairly for their labors. Repair advocates fail to admit that copyright plays any part in promoting the public good by bringing creative content and innovative services to people around the globe. Yet, without copyright protection, our electronic devices would be nothing more than expensive doorstops.

In their lobbying for state right-to-repair bills, advocates misrepresent the doctrine of federalism under which the states must not impede constitutionally authorized federal powers. As currently drafted, the proposed state bills would result in expensive litigation with the certain result that the courts will strike them down as inconsistent with the federal copyright regime. The Repair Association, which boasts “the backing of some of the world’s most powerful activists,” has put forth model legislation—dubbed the “Digital Fair Repair Act”—that many states are now using as a template for their own right-to-repair bills. For example, the New York state legislature passed its version in early June, though the bill has not yet been delivered to Governor Kathy Hochul for her signature or veto. Ostensibly, these right-to-repair bills are justified by the state’s power to enact consumer protection laws—but this power does not permit states to adopt legislative directives that violate and conflict with federal copyright law.

Overbroad state right-to-repair bills based on the Repair Association’s model legislation are unconstitutional and unenforceable because two operative provisions conflict with the rights secured to authors under federal copyright law. The New York bill, for instance, requires device manufacturers to turn over their copyrighted computer programs and the keys to the digital locks they use to protect their copyrighted works to third parties. However, the Copyright Act empowers authors to decide for themselves whether and how they share either of these things with others, and under the Supremacy Clause, a state law is preempted if it conflicts with or frustrates the goals of federal copyright law. Such state laws are unconstitutional, rendered unenforceable and negated by Congress’s contrary decree. The authority of states to enact consumer protection laws is not in dispute; the problem is that this valid state power cannot trump equally valid federal power under the Supremacy Clause.

A state law is preempted and unconstitutional if it conflicts with federal law in one of two ways: “when it is impossible to comply with both the state and the federal law, or when the state law stands as an obstacle to the accomplishment and execution of the full purposes and objectives of Congress.” State right-to-repair bills that follow the Repair Association’s legislative template fail under both tests. Copyright owners that exercise their federal right to not distribute their computer programs and the keys to their digital locks would face liability under these state bills, thus making it impossible to comply with both state and federal law. Furthermore, these state bills stand as an obstacle to the full purposes and objectives of the federal copyright system that advances the public good by securing the rights of authors to distribute their works on their own terms while employing digital locks to prevent unauthorized access and copying. Court have repeatedly held that federal copyright law preempts contradictory state laws, and these bills would fare no better.

Congress has undertaken the delicate task of balancing the rights of creators and consumers of their works for over two centuries, and states have been powerless to undermine Congress’s judgment. If repair advocates want to change federal copyright law, they will have to make their case to Congress—an uneasy task given their blunderbuss approach to the rights of authors. The Federal Trade Commission concluded last year that copyright protections “do not appear to present an insurmountable obstacle to repair.” This is because the Copyright Act already accommodates the right to repair through its internal doctrines, statutory exceptions, and DMCA exemptions that have been carefully crafted to avoid opening the piracy floodgates. Indeed, even the Repair Association recognizes as much: “We’ve been very successful in removing the threat of copyright violations for most repair activities.” If state legislators do not carefully consider federal copyright law, they risk enacting right-to-repair laws that are both unnecessary and unconstitutional.