“Careful planning during the drafting of an application is necessary in order to minimize the need to make deeply narrowing claim amendments and estoppel-inducing arguments in reaction to an Alice rejection.” 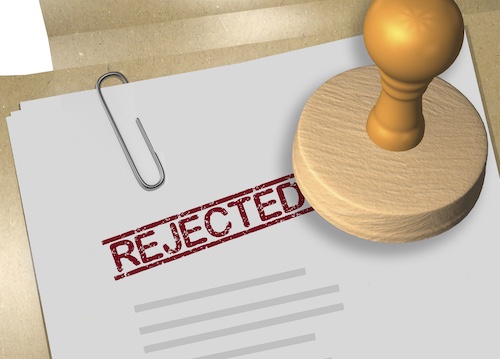 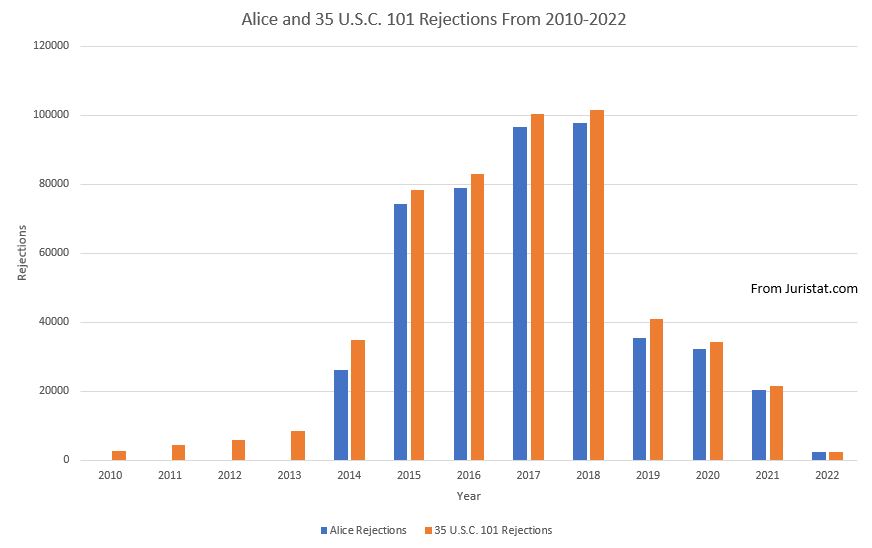 Assuming not all of the 20,000 Alice rejections under Section 101 are made in applications that truly describe and claim a judicial exception (i.e., law of nature, natural phenomenon, abstract idea) without significantly more, there is still hope for reducing the number of Alice rejections made per year. However, careful planning during the drafting of an application is necessary in order to minimize the need to make deeply narrowing claim amendments and estoppel-inducing arguments in reaction to an Alice rejection, or worse, discovering that no amount of amending and argumentation can save the application and its claims.

The USPTO’s guidance on subject matter eligibility, such as the 2019 PEG, and particularly the October 2019 Update to the PEG (October 2019 PEG Update), can be an effective guide for writing an applications that can avoid and/or overcome Alice rejections without drastic amendments to the claims. For example, the 2019 PEG modified Step 2A of the patent eligibility claim analysis into two prongs: Prong one – does the claim recite a judicial exception? Prong two – does the claim recite additional elements that integrate the judicial exception into a practical application?  If the answer to the prong one is “no,” or if the answers to both prongs are “yes,” the claim is deemed not directed to an abstract idea and patent-eligible under Section 101. Period, full stop. Thus, it’s worth the effort to draft an application that leads the reader (i.e., patent examiner), step-by-step, to the conclusion that the claims are patent eligible by answering prongs one and two of Step 2A with a “yes” to each.

Why focus on “yes” answers to prongs one and two of Step 2A? Anecdotally, once a patent examiner makes an Alice rejection, it is very difficult, i.e., nearly impossible, to persuade the examiner that the claims do not recite a judicial exception (i.e., that Step 2A, prong one can be answered “no”). Therefore, it may be easier and more effective to focus on obtaining a “yes” for both prongs one and two. One way to do so is to focus on the technological improvement achieved by the invention in order to demonstrate that the claims integrate whatever abstract idea upon which they touch into a practical application.

It’s important to note that weaving the description of the technological improvement into the detailed description of the invention and/or into use cases does carry some risks. Many applicants prefer not to extol the virtues of one inventive feature over another for fear that the inventive feature might be deemed critical and/or essential, or might otherwise be used to narrow resulting patent claims in some way. Adding descriptions of how the features of an invention achieve a technological improvement can do just that. However, the need for narrowing amendments and estoppel-creating arguments may result in very narrow claims anyway. Of course, this has to be taken case-by-case, but the risks of expressly tying features of the invention to the technological improvement may still be outweighed by the benefit of creating a narrative of patent-eligibility under Section 101, especially for computer implemented inventions and/or software-based inventions, that serves to limit the amount of claim amendments and arguments necessary during prosecution.

The descriptions of the technology, the invention, and the technological improvement provide a good narrative for patent-eligible claims. To keep the narrative going, the claims should be drafted with terms directly from the specification and which are associated with the description of the technology and the technological improvement. While claims can, and should, be drafted with broader language than the application’s specification, incorporating terms from the specification into the claims increases the chances that a reader will make the connection between the claims and the technological improvement. The aim is to connect the dots for the reader rather than to rely on the reader to make the connection on their own.  A good approach is to recite the technology in the preamble, recite the feature(s) of the invention that directly lead to the improvement in the body of the claim(s), and expand upon these the features in the dependent claims. Of course, how broad or narrow to draft the claims will depend on a number of factors including the type of technology, the applicant’s goals for the application, and an honest assessment on how likely the application is to incur an Alice rejection. However, the drafting strategy described herein will put the claims on a path towards patent eligibility under Section 101.

It is important to expressly identify the technology, the technological improvement, how the invention achieves the technological improvement, and to tie the three together in an application’s specification. Otherwise, a reader may not connect these dots in a manner in which applicant intended. It is also important to tie the claim language to the technology and technical improvement described in the specification for much the same reasons. This way, an applicant can proactively address potential Alice Section 101 issues and reduce the need to make deeply narrowing amendments and present pages of estoppel-inducing arguments in reaction to an Alice rejection made in prosecution.

Aldo Martinez Aldo Martinez is a partner in Oblon’s Electrical Patent prosecution group. He brings more than 10 years of real-world industry experience as an electrical engineer to his practice of intellectual [...see more]