“With hotly contested or high-visibility cases, the court has to exercise extreme care to balance the need for secrecy with the imperative of an open court.”

“I think it is right to refresh your memory…” 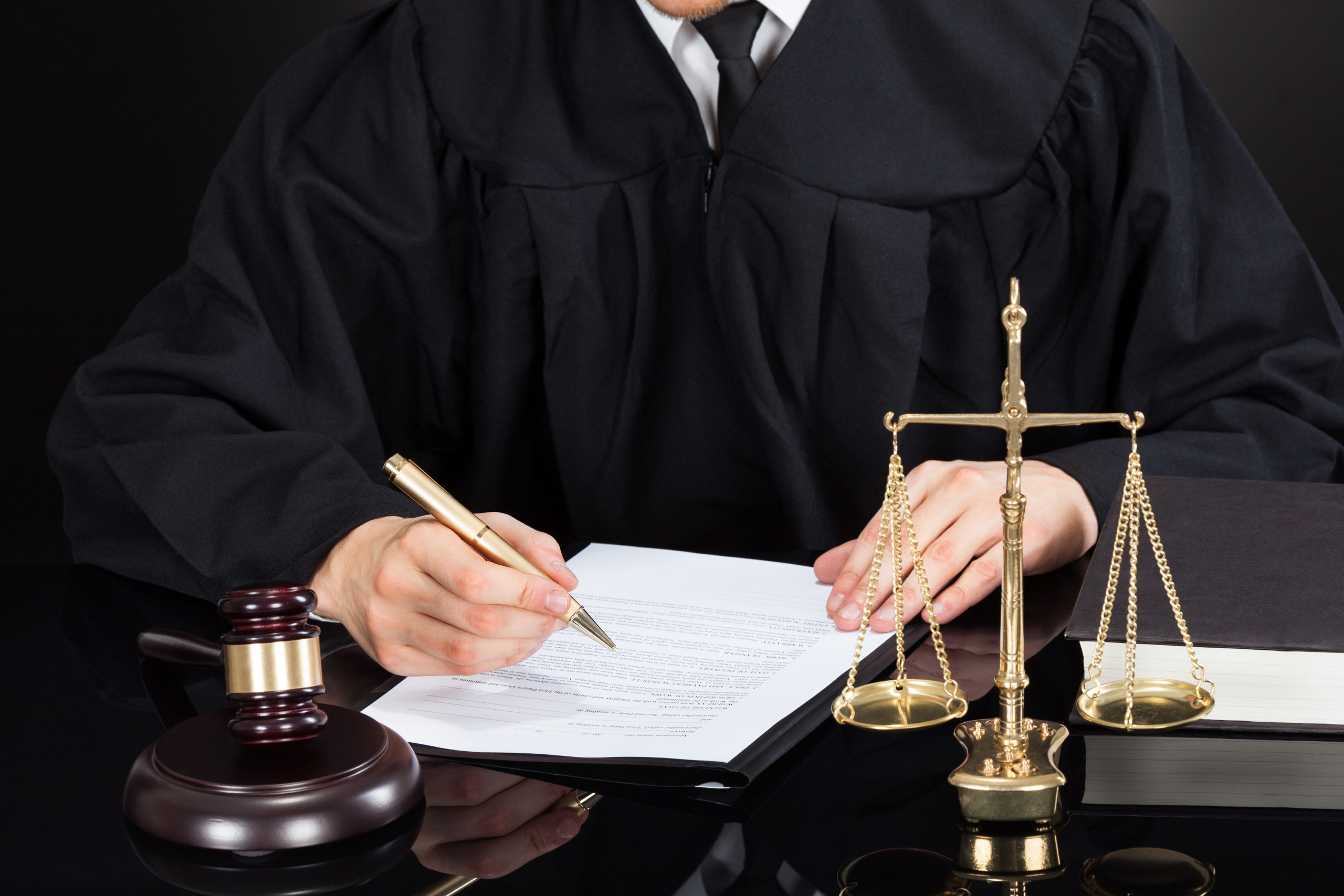 I was recently reminded of a contest that we often played in Scouts, called Kim’s Game. Derived from a story in Rudyard Kipling’s 1903 novel Kim, it gave you a few minutes to stare at a tray full of diverse objects you might find in a junk drawer – things like a key, pocketknife, nickel, compass, button, crystal. At the end of the allotted time, you were challenged to write down as many as you could remember.

My recollection was triggered by a court order. Silicon Valley startups Wisk Aero and Archer Aviation have been slugging it out in trade secret litigation over “flying taxis” that are designed to take off and land like helicopters but fly with wings and propellers. The basic technology has been around for quite a while but making it practical as a battery-powered (and ultimately autonomous) taxi service demands a lot of creative engineering. Wisk, a joint venture between Boeing and a company owned by Google founder Larry Page, has been developing its models for more than a decade. Aero, which has a relationship with United Airlines, is a more recent entrant, and ramped up its workforce by hiring away 17 of Wisk’s engineers, including its vice president of engineering. For more salacious details, see this piece in Fast Company.

Like all lawsuits that require an exchange of confidential information, this one included a “protective order” that allows each side to designate documents and testimony as available only to the other side’s lawyers, with strict limitations on what can be done with it. But those restrictions actually lubricate the exchange, because the disclosing company knows that its information is only being seen by the lawyers. That is, until those lawyers perceive a specific need to share some of it with their clients. In the Wisk lawsuit, Archer’s lawyers petitioned the judge to allow each of the departed engineers to see the highly confidential trade secret description produced by Wisk, claiming that they needed their clients’ advice on how to defend the claim. Wisk adamantly opposed, arguing that the disclosure would serve to refresh the engineers’ memory about information they had (or should have) left behind two years ago, causing additional harm to Wisk.

Fifteen Minutes to Review the Secret

The judge thought this argument had merit, but in the end modified the protective order to allow the requested access – up to a point. The engineers could only see the secrets that they had worked with at Wisk, and could not take notes; their lawyer had to chaperone the viewing; and their time was “restricted to no more than 15 minutes total per trade secret” (that’s what triggered my recollection of Kim’s Game). To reinforce the seriousness of the exercise, the judge ordered each individual to agree to the protective order, and to provide a sworn affidavit describing what they had looked at and for how long. (the order is available here). You might imagine that Aero viewed the 15 minutes as arbitrary and insufficient, while Wisk saw it as an invitation to steal all over again.

My purpose is not to get into the pros and cons of this particular order, but to shine a light on how judges in general, but especially in trade secret litigation, are called on to make judgments that allocate risk among competing legitimate interests. In this example, the main issue was the risk to the very same confidential information that Wisk filed the lawsuit to protect. Certainly, that’s a compelling interest, and it’s backed up in the relevant statute, the Uniform Trade Secrets Act, which directs that “a court shall preserve the secrecy of an alleged trade secret by reasonable means.” But pushing back against it is the defendant’s interest in defending itself by having access to information that might prove, for example, that the claimed secrets really don’t qualify for protection. The judge in this case acknowledged both perspectives and tried to find a creative way to manage the risk to each side.

Defining What the Case is About

Trade secret disputes are packed full of these competing interests. At the outset, the parties often engage in a tug of war about the subject matter of the lawsuit. This isn’t a problem with patents, copyrights or trademarks, where the dimensions of the right are laid out in a government certificate. But trade secret law in effect extends to protect any confidential information that helps a business define its competitive edge. And unlike most other commercial cases, the trade secret plaintiff has only a vague idea of what the defendant might have done to imperil the integrity of that information. Trying to discern exactly what portion of a vast collection of data might have been compromised is often difficult and sometimes impossible without discovery into what the defendant has done. But defendants reasonably argue that their own secrets shouldn’t be put at risk through the discovery process before the plaintiff has defined its claims, lest those claims be fashioned to match what is found in the defendant’s files.

As a result, judges in many trade secret cases are faced with trying to resolve whether the plaintiff should be required immediately to define its trade secrets with particularity, and then decide whether its attempt is sufficient. These decisions can require sophisticated understanding of the relevant technology, which judges typically don’t have at their fingertips. And it’s not just the parties that have a stake in the outcome; the court itself needs to understand the subject matter in order to make sensible rulings as the case goes on. Fortunately, judges have developed a general approach to this conundrum, in which they credit the views of a plausible expert offered by the parties and leave the boundaries of the secrets to be clarified through the discovery process.

Dealing With the Employee’s Interest

A second area that requires careful balancing relates to employee mobility, in the sense that an employer’s interest in protecting against the risk of disclosure or misuse by a departing employee must be balanced against the basic right to seek new employment. In states like California, which have a strong public policy against noncompete agreements, courts naturally tend to be solicitous of the leaving employee; but in most other states, where noncompetes are accepted, they still are assessed for their reasonableness. Many judges want to see the hardship imposed on an employee reduced by payments from the former employer or narrowing of restrictions.

Closely related to this general tension around the free mobility of labor is the critical difference between information that qualifies as a trade secret and that which represents the individual’s skillset. A just-graduated software engineer in her first job learns how to write code efficiently, with fewer steps. When she leaves, she is entitled to take that learning with her, but has to leave behind the specific algorithms created for the employer. But where do you draw the line when, in her next job, she creates code that looks similar to what she had done before? Separating general industry knowledge and skill from genuine trade secrets is difficult—all the more so because the employee and employer each have reasonable concerns to address.

A fourth area demanding judicial judgment lies in deciding whether to issue an injunction early in the case, before there’s been a trial to resolve the contested facts. Typically, the plaintiff will claim some form of “irreparable harm” unless the court stops the defendant from finalizing some transaction or marketing some product, ostensibly to “maintain the status quo” pending the trial. But for a defendant, such an order could seriously harm its business, before it has had a chance to fully present its defense at trial. And in some cases – for example, the release of a new medical device or therapy – the public also has an interest in the outcome.

Finally, there is the trial itself, where the ultimate questions of secrecy and misappropriation get determined. But in this country, we have a tradition of public access to the court system, including civil cases. Where the dispute is about trade secrets, judges have to rule on whether documents should be sealed from view or even whether the public should be barred from portions of the trial. Today’s courtroom technology, where what is shown on the monitors can be limited to the judge and jury, makes this a bit easier; but with hotly contested or high-visibility cases, the court has to exercise extreme care to balance the need for secrecy with the imperative of an open court.

All of this is extremely complex, and there are no bright lines or clear, objective markers to guide judges through the resolution of these colliding interests. Instead, they must do the best that they can, using common sense and the inclination towards justice that drew them to the bench to begin with. In my experience, judges try very hard to avoid doing harm to any litigant. The best of them ignore the noise of excessive advocacy and emotionally charged rhetoric (all too common in trade secret disputes), and they try to sort out the real risks from the imagined ones. What we get from that are decisions which reflect sensitivity to these positions in tension, dealt with in a framework of ethical standards which represent the bedrock of trade secret law.

If while reading you’ve been thinking that this is really hard to do, you’re right. It’s not like the umpire who declares whether the ball is in the strike zone; it’s more like the quarterback faced with a rush, who has to quickly assess the available options and act. Indeed, judges, often with hundreds of contested matters on their docket, are squeezed for time while the lawyers are getting paid for it. Sometimes they have less than 15 minutes available to make a decision. In spite of that, they usually get it right. We should all be grateful.