Carefully Connecting the Dots: Consider All the Evidence Before Launching a Trade Secret Misappropriation Attack

“In the realm of trade secret disputes, there are special challenges in trying to sort out the truth because one side knows the facts and the other doesn’t.”

“Some circumstantial evidence is very strong, as when you find a trout in the milk.”– Henry David Thoreau 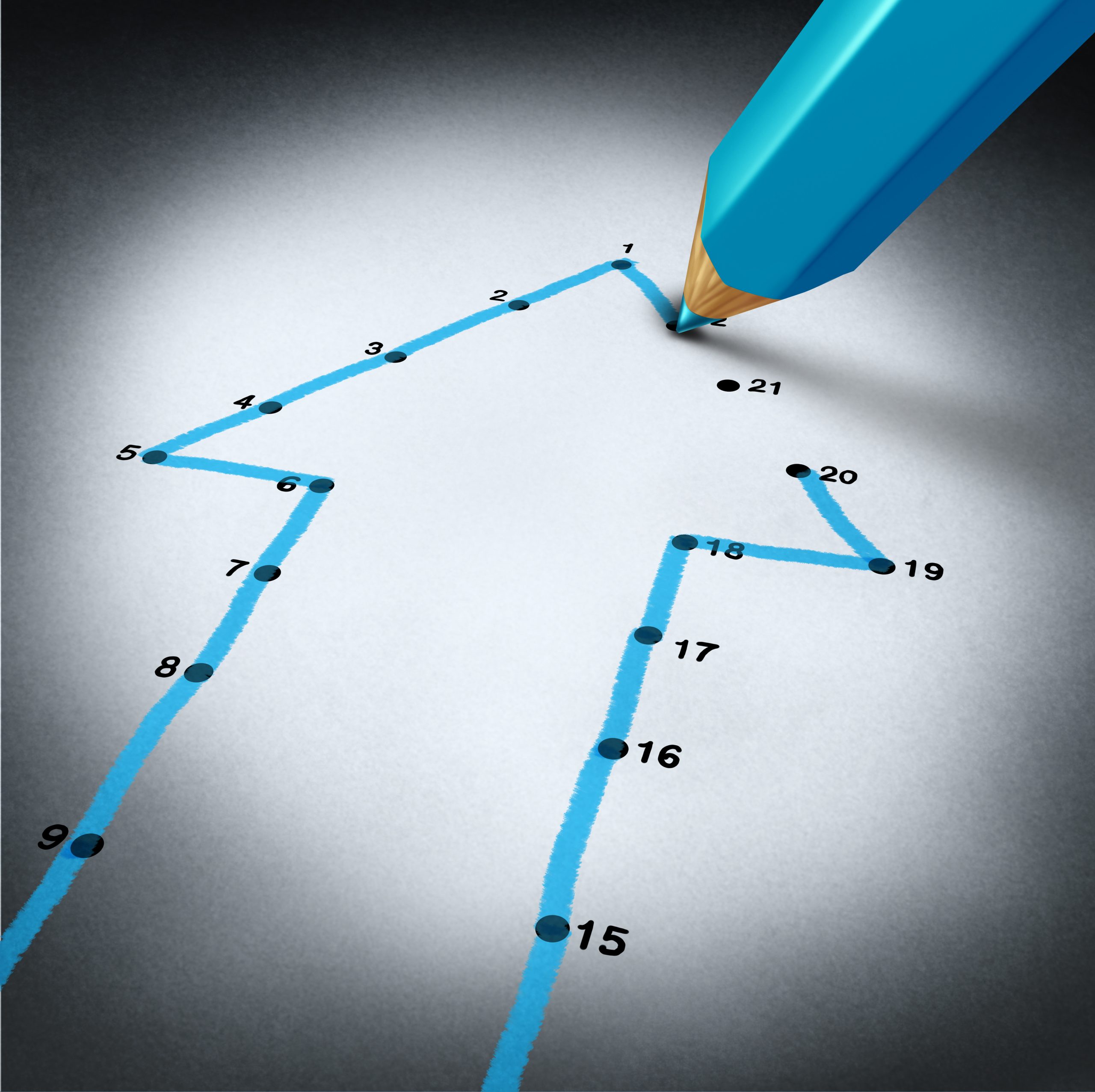 I know that some of you want to dive right into how Thoreau came up with that sardonic and mystifying line. We’ll get there, but let’s start with my high school. I was terrible at math in general, but loved geometry and solving problems about things that you could see or easily imagine. At university, I satisfied my math requirement with a course in logic, which similarly relied on deductive reasoning. And finally, in law school, the reverse engineering of human behavior was fully and elegantly explained in Evidence class, where Judge Weinstein (a beloved jurist in the Eastern District of New York who recently passed away) taught us about the difference between direct and circumstantial evidence.

The job of the trial lawyer starts with figuring out what happened and collecting evidence to use in telling a compelling story to a judge or jury. Direct evidence takes you immediately to the fact you’re trying to prove and is most commonly seen in eyewitness testimony. Betty saw John shoot the gun at Phil, who collapsed on the floor. That’s direct evidence that John murdered Phil. But if Betty had been outside the bar, heard an argument and then a gunshot before entering and seeing John holding a smoking gun, that’s indirect, or circumstantial, evidence of the murder.

People generally think that direct evidence through eyewitnesses must be better than any kind of indirect evidence. They are wrong. Eyewitness testimony in particular is known to be fallible, whether due to bias, or perhaps to a limited capacity to observe. Who can ever forget the scene in My Cousin Vinny (one of the greatest lawyer movies of all time) in which Joe Pesci, playing a brash but inexperienced New York lawyer, successfully cross-examines the sweet old lady who had identified his clients as the perpetrators of a convenience store robbery and murder? If you have forgotten, take a moment to watch it here.

Perhaps the popular preference for eyewitnesses, and the general discounting of “mere circumstantial” evidence, is what Thoreau had in mind when he wrote that line about the trout in 1850. He never explained it, so there’s no direct evidence of what inspired him. But the circumstances are persuasive, as there had been a public scandal the year before, centered on dairy farmers accused of adding water to their milk in order to increase profits.

The quote shines a light on how some indirect evidence can be so convincing, because the inference it calls for – someone poured water from a stream into the milk – is so much more plausible than the only other explanation—that the trout somehow swam into the milk can.

But it’s not typical that a set of facts offers only one logical conclusion. And our search for explanations – especially when we are intent that others accept our interpretation – can be fraught with risk. In these more typical situations, the basic facts are few, but they form the predicate from which we want our audience to reach a conclusion. We see this phenomenon regrettably often in today’s sharply divided political culture, in which a factoid here or there is pumped up with assumption and conjecture to demonstrate the malevolence of some public official. That’s the danger with circumstantial arguments: the mosaic image may have some pieces that represent known facts, but the connections among them are actually obscure.

Sometimes I wonder if the ancient Greeks were playing jokes on us by suggesting that the constellation Canis Minor, which basically comprises two stars, represents a celestial dog. Or that Ursa Major is a bear, instead of a (pretty obvious) big dipper with a lot of other stars scattered around. Scorpius, on the other hand, has enough stars in the right positions that you don’t have to squint too much to imagine the stinging arachnid.

It’s Not the Facts, But How You Connect Them

Here’s the point: known facts are like stars in the sky, or dots on a page. You can connect them in various ways to construct a picture. But the one you see, or that you want to see, may not be the only picture that can be made with those dots, especially if there aren’t many of them or they’re far apart. In fact, there may be another way to link them that produces something entirely different, or even contrary to your interpretation.

In the realm of trade secret disputes, there are special challenges in trying to sort out the truth because one side knows the facts and the other doesn’t. As one court famously put it, in Greenberg v Croydon Plastics Co., Inc., 378 F. Supp. 806 (E.D. Pa.1974):

Plaintiffs in trade secret cases, who must prove by a fair preponderance of the evidence disclosure to third parties and use of the trade secret by the third parties, are confronted with an extraordinarily difficult task. Misappropriation and misuse can rarely be proved by convincing direct evidence. In most cases plaintiffs must construct a web of perhaps ambiguous circumstantial evidence from which the trier of fact may draw inferences which convince him that it is more probable than not that what plaintiffs allege happened did in fact take place. Against this often delicate construct of circumstantial evidence there frequently must be balanced defendants and defendants’ witnesses who directly deny everything.

Don’t Misconstrue Your Way to Catastrophe

Imagine the common case in which a company has just seen a highly-placed, trusted employee depart for a competitor. A casual remark to a colleague morphs into a threat, and attempts by the employee to clean up her computer on the way out are interpreted as theft. A senior manager, intent on promoting a reason for the departure that doesn’t involve his management style, urges immediate action, and a lawsuit is filed. Crafted like a press release but with more adjectives, the complaint invites the court – and the public – to see the former employee as a thief.

Let’s freeze the action for a moment and look at what has just happened. The former employer can justify its behavior as a rational response to the facts as it knows them. After all, trade secret misappropriation rarely happens in broad daylight, and the complaint is properly based on reasonable suspicion. But although suspicion is enough to permit a lawsuit, it may not be the prudent thing to do. As I have frequently argued, trade secret cases more so than other commercial disputes may be driven by fear, anger and resentment. And those emotions can profoundly affect how otherwise reasonable actors connect the dots to reach a conclusion.

Naturally, this tendency for inference to align with emotion can distort the view of either side. Just as the company may perceive malicious intent due to a few selected circumstances, sometimes innocent explanations offered by the defendant are really excuses wrapped in justification. But it’s because the former employer at the outset knows relatively little about what actually happened that we need to exercise caution and investigate carefully, so as not to mislead ourselves into thinking that the only option is to launch an attack.

When confronted with an emerging story where we don’t have, and maybe can’t have, all the facts, it behooves us to slow down and consider carefully the inferences we are drawing from what we do know. If we believe we’re seeing a trout in the milk, it may be helpful to rub our eyes and take another look.