“In general, this is a questionable legal strategy in which local wine producers are favored by means of creating a legal framework where the rights of foreign producers, as well as customers in Russia, might be negatively affected.” 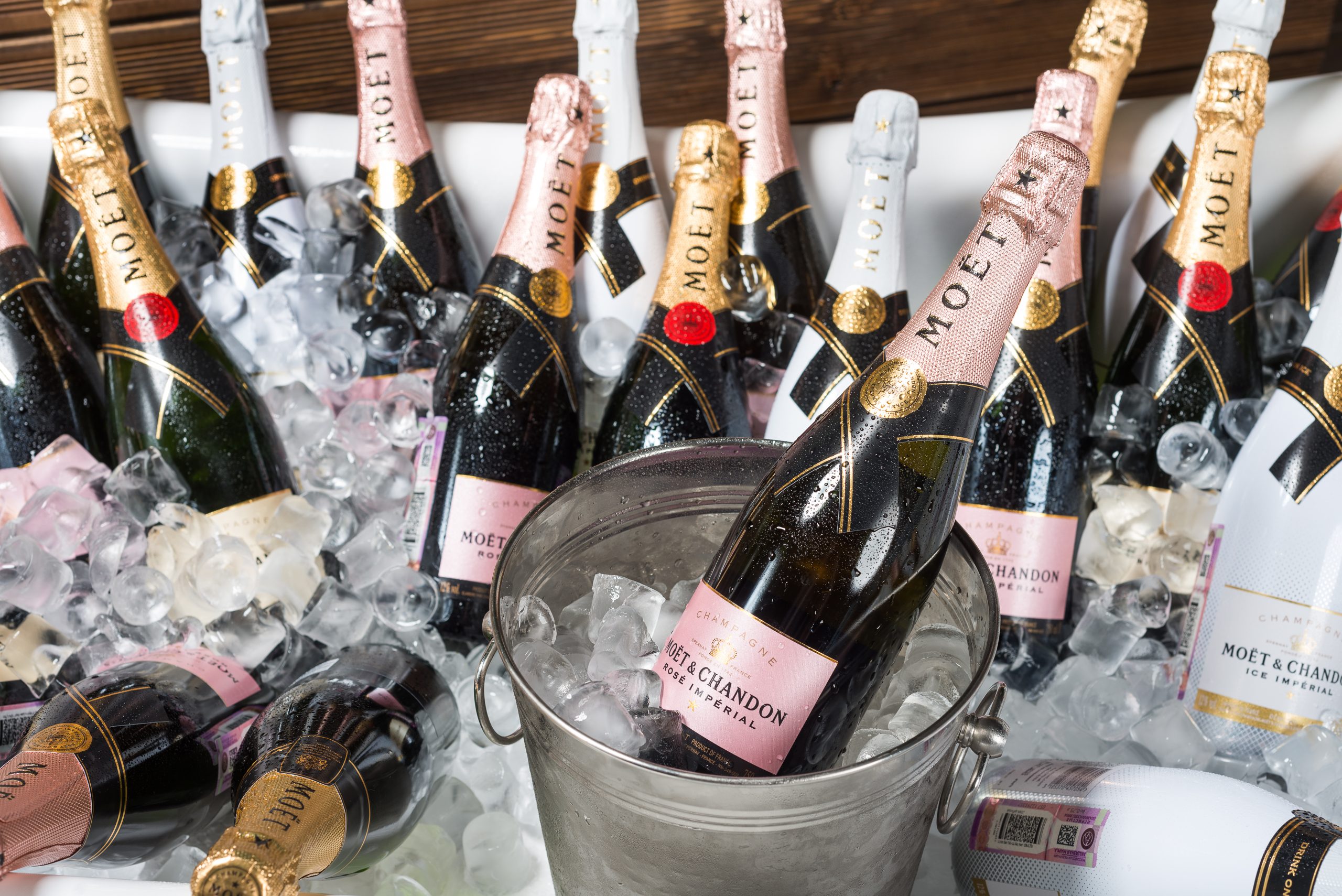 On July 2, 2021, amendments to the Federal Russian Law No. 468-FZ dated December 27, 2019 “On Viticulture and Winemaking in the Russian Federation” came into force. The amendments introduced two new important rules that change the existing legal regulation on geographical indications (GIs) and appellation of origin of goods (AOGs). According to the amendments, foreign producers of champagne should relabel their products imported to Russia to “sparkling wine”. At the same time, Russian producers now have the right to label their products as “champagne”, including the usage of a special category of “Russian champagne”. In addition, the amendments introduced a new category of alcoholic drink, namely “Russian cognac”.

How We Got Here

The new law does not come as a surprise. The first time the amendments to the law were proposed for discussion was in the lower house of the Federal Assembly of Russia (the State Duma) by the group of deputies on October 16, 2019. The amendments have been extensively discussed during the last three years and finally adopted by the State Duma, the Federal Assembly of Russia, and signed by the President of the Russian Federation, Vladimir Putin, on July 2, 2021.

As legislative drafters indicated in the explanatory note to the Federal Law, the main purposes of the amendments are: 1) elimination of obstacles to the development of the domestic (Russian) viticulture and winemaking industry”, 2) “the increase of a number of Russian winemaking producers”, 3) “support and promotion in the domestic and foreign markets of wine products coming from the Russian Federation,” as well as 4) “introduction of the concept of the Russian national system for the protection of wine by geographical indication and appellation of origin”.

Regulation of GIs and AOGs in Russia

GIs and AOGs are regulated under Section 76, § 3 of Part IV of the Civil Code of the Russian Federation. In Art. 1516.1 a GI is defined as an “indication that identifies a product originating in the territory, where a given quality, reputation or other characteristics of the good are essentially related to its geographical origin (product characteristics)”. It is important to note that at least one of the stages of production of the good should be carried out in that specific territory. In this regard, the legal definition of GI in the Russian legislation is similar to the legal definition of GIs provided in Art. 22.1 of the TRIPS agreement.

a designation being or containing a contemporary or historical, official or unofficial, full or abbreviated name of a country, urban or rural inhabited settlement, locality or another geographic object, and also a designation which is derivative from such name and which has become recognise as the result of being used in respect of a merchandise whose special properties are exclusively or predominantly defined by the natural conditions and/or human factors characteristic of the given geographic object.

The Russian legislator’s intention to introduce a new category of GI is quite understandable in this case. According to the Russian Patent Office (Rospatent), as of July 7, 2021, only 229 GIs have been registered in Russia. In 2019, the number of GIs registered in Russia was 201, of which 165 are in the name of Russian producers and 32 in the name of foreign manufacturers. This is an extremely low number of GIs for such a large territory as the Russian Federation.

On the international level, as of the time of writing, the Agreement on Trade-Related Aspects of Intellectual Property Rights (TRIPS Agreement) is the only international act applicable to the Russian Federation in the field of GIs and AOGs. Apart from the TRIPS Agreement, Russia has not ratified any of the international treaties in the field of GIs and AOGs, including The Madrid Agreement for the Repression of False or Deceptive Indications of Source on Goods (April 14, 1891), the Washington Act (1911), the Hague Act (1925), the London Act (1934), the Lisbon Act (1958), or the Additional Act of Stockholm (1967).

On the regional level, Russia is a member of the Eurasian Economic Union and a contracting state of the Treaty on the Eurasian Economic Union. In the framework of the Commonwealth of Independent States, Russia has signed the Minsk agreement “On measures for preventing and suppressing the use of false trademarks and geographical indications” dated June 4, 1999. However, both agreements have more declarative character and do not contain detailed regulation of GIs.

Therefore, for now, Part IV of the Civil Code of the Russian Federation remains the main source of legal regulation in Russia with regard to GIs and AOGs.

Champagne is a protected designation of origin registered on September 18, 1973 under the number PDO-FR-A1359 in the EU geographical indications register eAmbrosia. Only producers of sparkling wines from the Champagne region in France can use the GI “champagne” for their wines produced under the strict rules of the appellation.

According to the recent amendments to the Russian law on winemaking, foreign producers of champagne, including those from the French region of Champagne, should relabel their wines imported to Russia from “champagne” to a “sparkling wine”. The initial reaction to this legal initiative was resistance. The Russian branch of Moët-Hennessy, the company that imports 2% of all sparkling wines and champagne to Russia, announced the temporary halt of its deliveries of champagne to Russia because of the controversial law. But later, the company agreed to include a “sparkling wine” mention on their bottles shipped to Russia to respect the new law.

The new law specifically creates the category of “Russian champagne”. Para 58.3 Art 3 of the new Law defines Russian champagne as “a sparkling wine produced in the territory of the Russian Federation from grapes grown in the territory of the Russian Federation by the method of secondary fermentation of the cuvee obtained from it in containers that are packaging for their retail sale”. According to the law, only domestic Russian producers will have the right to use the brand name “Russian champagne” for their productions. As the authors of the new law stated, “these amendments are solely in the interests of the development of winemaking in Russia.”

In addition to “Russian Champagne”, the new law introduced an additional category of “Russian cognac”. In para 43.1 Art. 3 of the Law, a Russian cognac is defined as “a cognac, which is completely (for 100 %) made of grapes cultivated in the territory of the Russian Federation”.

Originally, cognac is a spirit named after the commune of Cognac, France. Cognac is a protected GI registered on June 12, 1989 in the EU GIs register under the number PGI-FR-02043. Legally speaking, and taking into account the legal meaning and purpose of a GI, only products that come from the Champagne region and Cognac commune in France and which comply with established standards and rules of production in the region can be named as “cognac” and “champagne”.

According to traditional Russian law, domestic Russian producers should not be able to register “Russian Champagne” or “Russian cognac” as protected GIs or AOGs in the territory of the Russian Federation. Such registrations would directly contradict the rule of Art. 1516.2 (5) of the Civil Code of the Russian Federation, which prohibits registering as a GI or AOG in Russia “a designation being capable of misleading the consumer about the product or its manufacturer”. From a consumer perspective, use of the words “cognac” or “champagne” on alcoholic drinks may be misleading with respect to the origins of the product and its manufacturer, regardless of whether or not the words are registered as domestic GIs.

In general, this is a questionable legal strategy in which local wine producers are favored by means of creating a legal framework where the rights of foreign producers, as well as customers in Russia, might be negatively affected. At the same time, the use of trade names such as “Russian cognac” and “Russian champagne” will be considered illegal in the countries where there is a registered GI for champagne and cognac. Thus, one of the purposes of the new law for supporting and promoting Russian wine products in the foreign markets will not be achieved, at least for drinks branded “Russian cognac” and “Russian champagne”.

Anna Heindler, PhD, LL.M., LL.M. (IP) is an IP lawyer in the field of IT and digital health. She earned her LL.M. in IP degree with honors from the University of Turin (Italy) and World Intellectual [...see more]