Can Process Confer Structure to Distinguish the Art after Biogen v. EMD Serono? 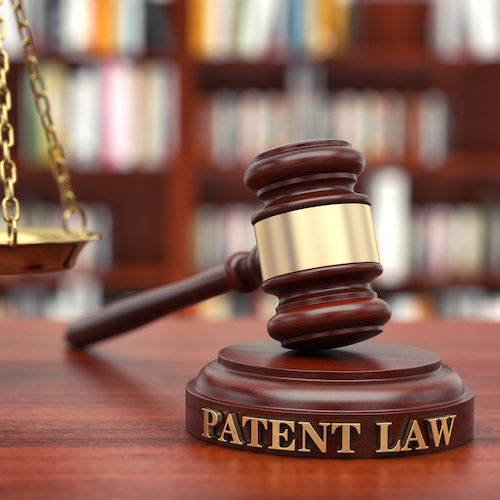 Courts have long held that “an old product made by a new process is not novel and cannot be patented.” The validity of  product claims have generally focused on the product and not the particular process of making the product, as illustrated in Biogen MA Inc. v. EMD Serono, Inc., 976 F.3d 1326 (Fed. Cir. 2020). However, in biotechnology (e.g., recombinant and cellular products), the process or source from which a product is produced can confer distinct, yet difficult to define, structural and/or functional differences. Here, we discuss exemplary cases, and assess whether process-related limitations can still distinguish a claimed product over the art in certain circumstances.

Generally, a distinction exists between the scope of composition and method claims. However, under certain scenarios, this distinction is blurred, giving rise to product claims that further recite a process and/or source limitation (e.g., “product-by-process” claims). While important in infringement analyses, as demonstrated in Biogen, such limitations generally carry no weight when assessing the validity of a composition claim reciting a process and/or source limitation. See, e.g., Abbott Laboratories v. Sandoz, Inc., 566 F.3d 1282, 1293 (Fed. Cir. 2009) (“this court now restates that ‘process terms in product-by-process claims serve as limitations in determining infringement.'”) (internal citation omitted).

The issue in Biogen related to REBIF® (recombinant IFN-? to treat multiple sclerosis), which EMD Serono and Pfizer (collectively “Serono”) sold and marketed in the United States. 976 F.3d at 1328. Biogen filed suit, alleging contributory and induced infringement of Biogen’s U.S. Patent No. 7,588,755 (“the ‘755 patent”). Id. The relevant portion of claim 1 of the ‘755 patent is reproduced below:

A method for immunomodulation or treating a viral condition[ ], a viral disease, cancers or tumors comprising the step of administering to a patient in need of such treatment a therapeutically effective amount of a composition comprising:

After a five-week trial, the jury found that Serono contributorily infringed the claims of the ‘755 patent, but they were invalid, as being anticipated by prior art references that disclosed the use of native IFN-? to treat multiple sclerosis. Id. However, the district court granted Biogen’s motion for judgment as a matter of law (“JMOL”) of no anticipation. Id.

According to the lower court, the process-related language recited in claim 1 constituted an essential element of the claim. In re Biogen ‘755 Patent Litigation, 335 F.Supp.3d 688, 713 (D. N.J. 2018). And, because the cited references only disclosed native IFN-?, “no reasonable jury could have found by clear and convincing evidence that the claims were anticipated.” Id. at 705.

In granting JMOL, the district court declined to construe the claims as product-by-process claims. According to the district court, the claims were not directed to a product that could not be sufficiently “describe[d] in words or where the product’s structure was not sufficiently understood.” Id. at 713. Also, there was “no binding precedent supporting . . . that the anticipation inquiry of product-by-process claims governs the analysis of method of treatment claims that include source limitation.” Id. at 711-712.

Even if product-by-process law did apply, the district court concluded that there was still no basis for the jury’s verdict of anticipation. In the district court’s view, there was insufficient evidence demonstrating that the claimed recombinant IFN-? was the same as native IFN-?. Id.

The district court noted that the mere fact that recombinant and native interferon-? “share[d] the same linear amino acid sequence [was] not enough.” Id. Because claim 1 required that the claimed protein exhibit “antiviral activity” and be administered “in a therapeutically effective amount,” the district court reasoned that the appropriate comparison was between “the three-dimensional structure of the prior-art native interferon-? with the recombinant interferon-? of claim 1, which include the structures of any attached carbohydrate groups” (i.e., glycosylation pattern). Id. And, according to the district court, there was suggestion in the record that recombinant IFN-? differed from native IFN-? both in structure (e.g., different glycosylation pattern) and function (e.g., easier to manufacture and in larger quantities). And, under at least Amgen Inc. v. F. Hoffman-La Roche Ltd., 580 F.3d 1340 (Fed. Cir. 2009), the district court reasoned that such differences established the novelty of the claims.

On appeal, the Federal Circuit disagreed, holding that the jury had sufficient basis to find that the claims of the ‘755 were anticipated.

In particular, the Federal Circuit concluded that the district court erred in not applying a product-by-process analysis to the claims. 976 F.3d at 1332. According to the Federal Circuit, the recited source limitations were not “structural limitations” and instead “describe[d] the process by which the [claimed] product [was] formed.” Id. at 1333. Contrary to the district court’s reasoning, the Federal Circuit also concluded that there was no basis as to why a product-by-process analysis should not apply to method claims, particularly where the “only basis for novelty of the method of treatment claims . . . is the novelty of the recombinant IFN-? composition that is administered.” Id. at 1334. Similarly, the fact that a product was capable of being defined without the process-related language did not preclude the claim from a product-by-process analysis. Id. And, regarding any functional differences, the Federal Circuit noted that such differences “may well be relevant in considering the novelty of the recombinant process, but, a new process, regardless of its novelty, does not make an old product created by that process novel.” Id.

Additionally, the Federal Circuit noted that the district court also erroneously concluded that for the cited references to anticipate the claims, the three-dimensional structure of the native IFN-? must be identical to that of the recombinant IFN-?. Id. at 1335. According to the Federal Circuit, such a position was inconsistent with the ‘755 patent, which explicitly defined “polypeptide” as “[a] linear array of amino acids connected one to the other by peptide bonds.” Id. 1335-1336. Moreover, the Federal Circuit noted that Biogen never requested that the jury be instructed to consider the three-dimensional structure and agreed with the explicit definition of “polypeptide” provided to the jury (i.e., linear array of amino acids). Id. at 1336.

Accordingly, the Federal Circuit reversed and remanded the case with instructions to reinstate the jury verdict of anticipation. Id. at 1337.

Exception to the Product-by-Process Analysis

For instance, if a particular process or source-related element imparts structural and/or functional differences on the claimed product, then such elements are relevant for the claim’s validity.

As in Biogen, the district court determined that claim 1 was not a product-by-process claim, requiring that the erythropoietin (EPO) be “purified from mammalian cells grown in culture. ” 580 F.3d at 1364. And, because the cited references only disclosed “EPO purified from urine,” the court granted Amgen’s motion for JMOL of no anticipation. The district court reasoned that “EPO extracted from urine and synthetically engineered EPO differ in glycosylation patterns, specific activity, stability in the human body, and ability to be mass produced.” Id.

The Federal Circuit agreed, and noted that “by its plain terms, [the claim at issue] claims a product with a source limitation.” Id. at 1367. And so, the key question was “whether the production of EPO by recombination technology resulted in a new product.” Id. In the Federal Circuit’s view, there was sufficient evidence highlighting the structural and functional differences between the claimed recombinant EPO and the urinary EPO. For instance, the specification of the ‘422 patent included data showing that “recombinant EPO had a higher molecular weight and different charge than urinary EPO due to differences in carbohydrate composition,” which was corroborated by an expert declaration during prosecution. Id. Therefore, the Federal Circuit concluded that a reasonable jury could have found that the claimed EPO was a “new product claimed with reference to its source,” and affirmed the district court’s grant of JMOL of no anticipation. Id.

Similarly, in In re Nordt Development Co., LLC, 881 F.3d 1371, 1372 (Fed. Cir. 2018), the Federal Circuit determined that the term “injection molded” as recited in a claim directed to a knee brace (e.g., “an elastically stretchable framework injection molded about the strut and arm components of the hinge mechanism) was structural. The Federal Circuit noted that the “specification describe[d] injection molding as forming an integral component.” Id. The Federal Circuit further noted that where a claim term “can connote with equal force a structural characteristic of the product or a process of manufacture are commonly and by default interpreted in their structural sense, unless the patentee has demonstrated otherwise.” Id. at 1375. Non-limiting examples of such terms included: “chemically engraved,” “integral,” “superimposed,” “molded plastic,” and “humanized.”

The decisions above give consideration to whether such limitations impart structural and/or functional characteristics before applying a product-by-process analysis in assessing a claim’s validity. Thus, the Federal Circuit’s decision in Biogen may seem surprising given the lower court’s determination that the record suggested that recombinant and native IFN-? were not structurally and/or functionally identical. Experts for both Biogen and Serono testified that the glycosylation pattern for recombinant and native IFN-? was similar but not identical. 335 F.Supp.3d at 706. Biogen’s expert also suggested possible differences in biological activity, as recombinant proteins (e.g., recombinant IFN-?) generally induce more neutralizing antibodies, which can reduce the activity of the protein when administered in vivo, compared to the native protein. Id. at 709. Additionally, while lacking actual comparative data as in Amgen, the ‘755 patent itself also appears to provide some support for the structural and/or functional differences. See col. 43, lines 12-17 (“The differences in neutralization titer between the bacterial IFN-? of this invention [i.e., human IFN-? produced by the transformed E. coli cells] and authentic IFN-? [i.e., native human IFN-?] may be due to differences in antigenicity or in the specific IFN activity of these bacterial proteins relative to authentic IFN-? caused by lack of glycosylation in the bacterial proteins.”).

In reversing the district court’s granting of JMOL, the Federal Circuit did not appear to give such evidence much consideration. A significant basis for the Federal Circuit’s decision related to the definition of “polypeptide” provided in the specification and Biogen’s failure to request that the jury consider the three-dimensional aspect (including the glycosylation pattern) of the recombinant and native IFN-?.

It is somewhat unclear exactly what evidence would have led to a different decision in Biogen. Nonetheless, we believe that the recitation of process and/or source-related limitations can still establish the validity of a product claim, particularly where such limitations confer structural and/or functional differences on the claimed product. It bears remembering that definitions matter. See 976 F.3d at 1336 (“[W]e will adopt a definition that is different from the ordinary meaning when the ‘patentee acted as his own lexicographer and clearly set forth a definition of the disputed claim term in . . . the specification.'”). And describing any structural and/or functional differences resulting from process and/or source limitations when drafting an application may prove useful in litigation. However, in our view, whether the Federal Circuit requires actual comparative data as was present in Amgen remains an open question.